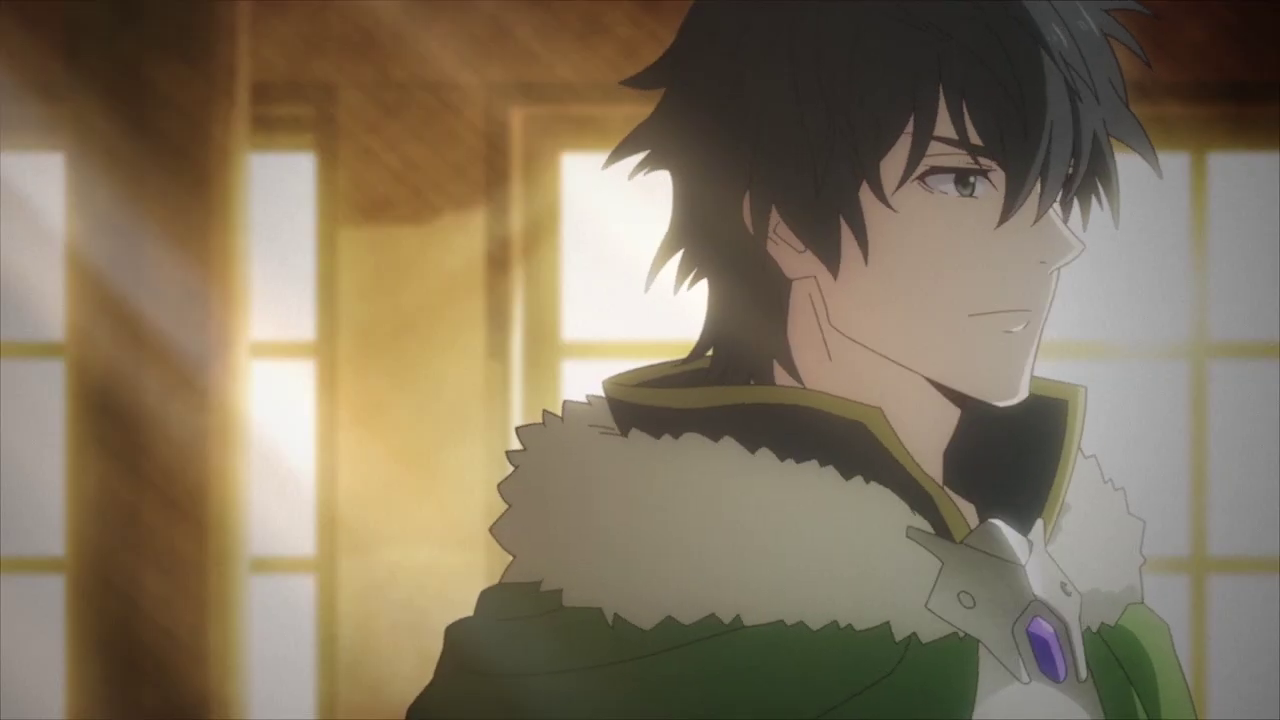 Rising of the Shield Hero one of the most-watched and well-known anime from 2019 its first PV is here announcing that the anime will be released in 2021. Furthermore, it has been announced that the 2nd season of the anime will be air on the overseas distribution site, “Crunchyroll”.

At first 2nd and 3rd season of the series was supposed to air in 2020 but the date was not confirmed at that time. However now with the first promotional video, it has been confirmed, Rising of the Shield Hero will premier in 2021. 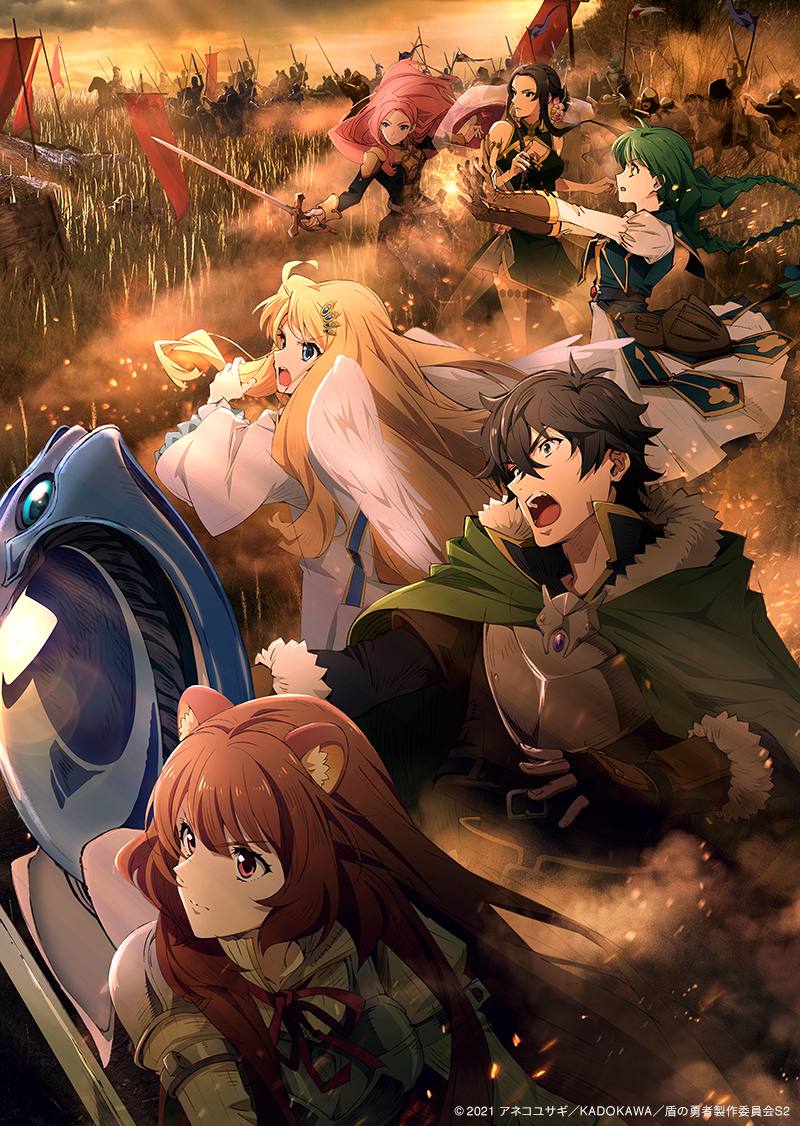 Tate no Yuusha no Nariagari is also known as The Rising of the Shield is a light novel series written by Aneko Yusagi published by Kadokawa. She first originally published a web novel in the famous user-generated novel site Shosetsuka ni Naro (Birthplace of many popular light novels such as Oregairu, Overlord, Re: Zero, and Konosuba). It has since been published by Media Factory( A Japanese publisher and a brand company of Kadokawa Future Publishing) with more depths in the story with Seira Minami’s illustrations.

Kadokawa has just released the 1st promotional video for the 2nd Season of The Rise of the Shield Hero, you can check it here:

The protagonist of the series was summoned from another world as a Shield Hero. Shield Hero is one of the Four Legendary Heroes. Naofumi has black short hair and dark green eyes he often has an angry look on his face.

Naofumi was a positive and cheerful guy when he was first summoned. Even though he was summoned with a Shield and can’t use any other weapon, he was pretty enthusiastic about it. However, he was soon betrayed as he was accused of assaulting the second princess Malty S Melromarc. Since then his way of perspective change and no longer can trust anyone.

Bought as a slave she became the true companion of the Shield Hero, Naofumi. As Naofumi never treated her as a slave and took care of her she made a strong with the Naofumi.

She is from the Ajin (Non-human) raccoon class She was still a child when Naofumi bought her from a slave trader. Naofumi gave her new clothes taking care of her hair and her health. In exchange, Raphtialia had to kill the monster to help Naofumi to become stronger so he can survive the Waves. Soon because of her growth in level she became a young adult.

Raphtalia’s parents were killed by a monster name Cerberus and then with the other Ajin (demi-human) children were tortured by a Nobel and then she was sold to a slave trader.

Filo was purchased form the place where Noafumi bought Raphtalia though he got her from a cache. Soon it was revealed that she was a Filolial Queen. Fillo was a white feather and is quite big looks like a big fat chick but in her human form, she is a loli with blond hair and a wing on her back. She wears a transformation magical blue-white dress with a blue ribbon in the center.

She likes to pull the carriage when Naofumi goes on an adventure. She is quite fond of Naofumi, Raphtalia, and Melty.

Amagi ren is one of the 4 legendary heroes who are summoned together with Noafumi. He is summoned as a Sword Hero. He has straight black hair with kind blue eyes and a cold look. Ren tends to go with a solo player swordsman and he runs his party like a guild because of that he caused a Zombie Dragon plague.

Matyas Kitamura is one of the 4 legendary heroes who are summoned to another world. He is summoned as a Spear Hero. Motoyasu has long blond hair with a ponytail with bangs in front. He has bright orange eyes. Motoyasu seems to be the friendliest among the other 4 heroes and is completely loyal to his allies. Furthermore, he is quite a naive person that he is easily fooled by women and even got manipulated by Malty S Merlromarc.

Itsuki Kawasumi is one of the 4 legendary heroes who are summoned from another world. He is the Bow Hero of the 4 legendary Heroes. Itsuki has golden curly hair with golden eyes. He wears thin leather gloves and hood cape. Initially, Itsuki thought he was the strongest among the other 3 heroes and went on a stealthy quest killing Nobels and saving villages. However, the place he saved went worse than before and Noafumi had to complete his quest. Also, he has a selfish proclaimed sense of Justice ideology because of that he only does on his own accord.

Melty Q Merlromarc is the second Crown Princess of Melromarc. Melty has the appearance of a child and she has worn a blue dress. She even owns a blue eye and blue hair with two pigtails. She seems to be more matured despite her age because of the unprejudiced toward commoners and Ajins and doesn’t seem to abuse her powers. She is quite fond of Floral and thus she became the first one first friend of Filo. Unlike her big sister Malty, she knows her position and acts more of a princess.

Mirellia Q Melromarc is the Queen of the Melromarc. She holds the true power behind the throne while his husband is a standup king for the show. Mirellia is a beautiful woman with purple hair tied up in a bob with long bangs. She normally appears on her royal gown. Mirellia is a caring ruler and a loving parent for her daughters. Even though she is quite cunning, realistic, and strategic.

Resia Ivyred is Itsuki’s (Bow Hero) one of the 7 Stars Heroes and companion. She joined the Shield Hero Party after being framed and kicked from the Itsuki’s Party. She has long green two braided hair with green eyes. She is shy but at the same time extremely devoted to her object. 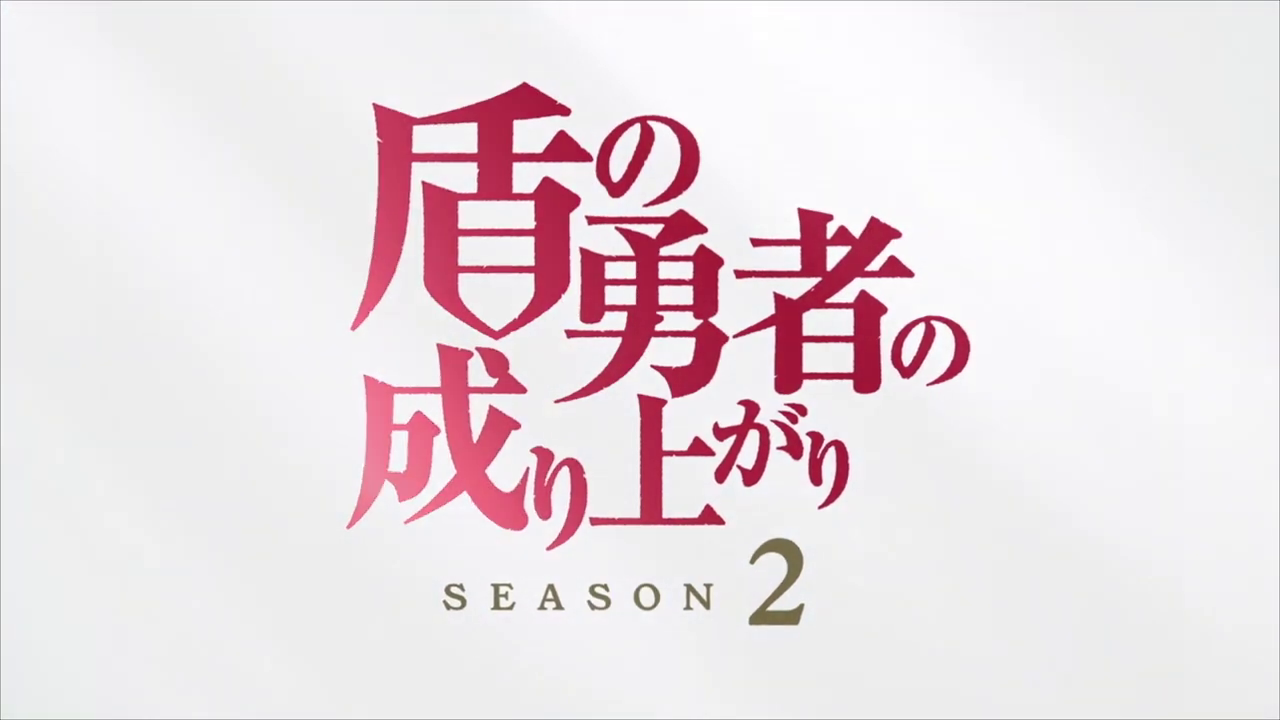 Tate no Yuusha no Nariagari Season 2

The Light Novel series had over 3.3 million volumes in Print by December 2018, and the manga series had 1 million Tankobon volumes in print by January 2019. And after the success of the anime series, the light novel and manga have sold a combined 6.2 million copies in Japan.