After Bandai’s success with FighterZ in the Dragon Ball franchise, their next project is Dragon Ball Z: Kakarot. As the title suggests, we’re going to live through Goku and enjoy his journey from the start of the series possibly to the very end. The game was hyped as the next big project for Dragon Ball game franchise and so far, it looks as if it is living up to its hype. The game is very different from FighterZ itself.

If you were expecting it to be like FighterZ, you’ll likely be surprised to know that the game will let us journey through Goku’s life as an action-RPG. While consoles have enjoyed many of such Dragon Ball games, for PC, this is certainly a breakthrough.

If you’re waiting for Dragon Ball Z: Kakarot, you’ll be happy to know that the game is just months away now. At Tokyo Game Show 2019, Bandai Namco announced that the game will be coming to Of, PS4, and Xbox One on January 20, 2019.

A completely new trailer featuring Gohan vs Cell came out recently and it gave us a glimpse of what the Cell Saga is going to be like. As a player, you can play through Gohan’s character and even train with Goku to defeat Cell.

Here’s what Hara Ryosuke, Kakarot’s director, had to say about the game:
“The idea is to immerse the player into what Goku is feeling in those different moments.”

The game is being developed by CyberConnect2, which has previously made lots of other anime fighting games such as Naruto: Ultimate Ninja series. All the Ninja Storm games have been extremely fun to play and we expect to see the same thing happen with Kakarot as well. 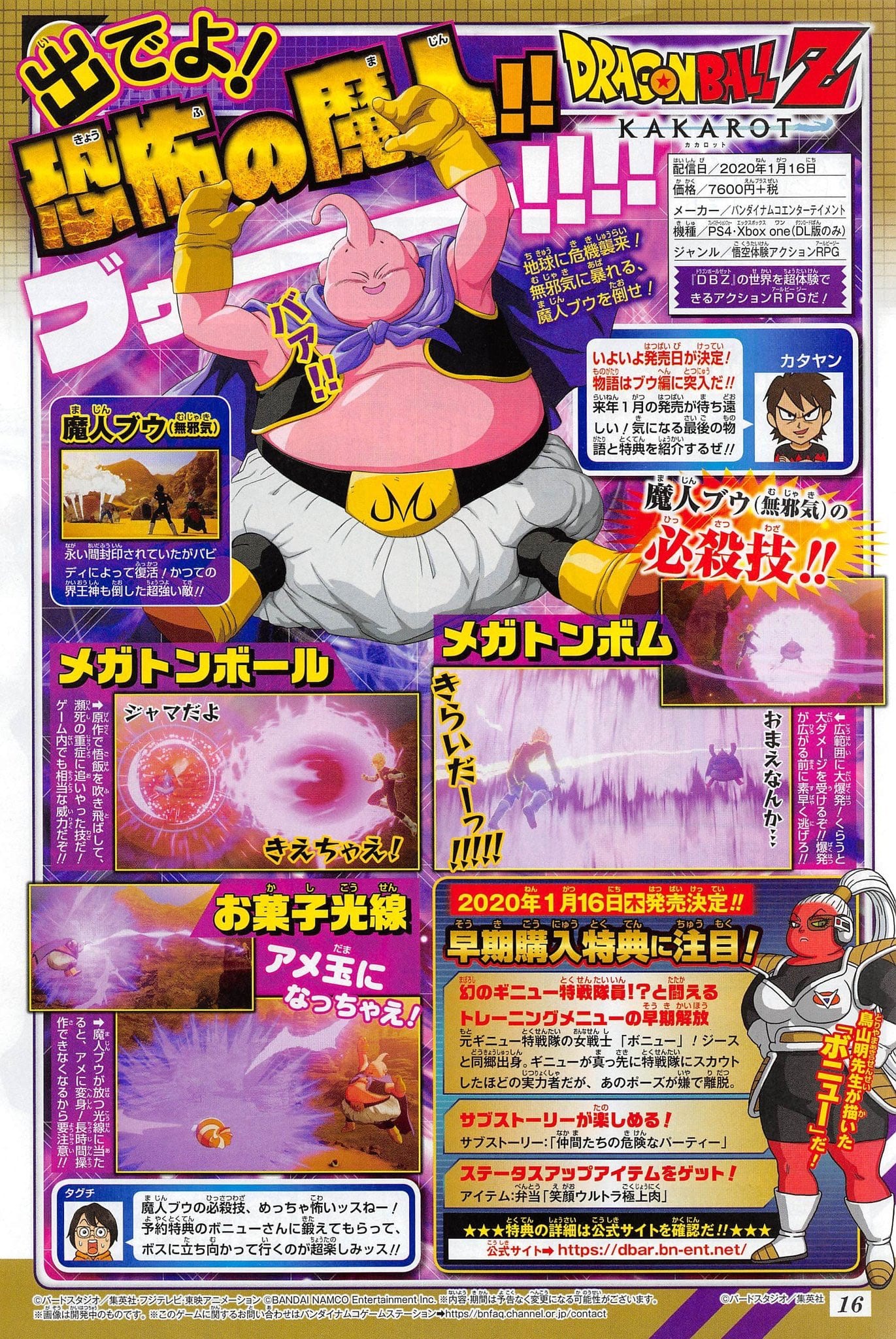 Recently, a new scan for the game out in Shueisha’s magazine and it confirmed that Buu’s Saga will also be a part of the story, essentially completing the Dragon Ball Z story from start to finish.

We’re very excited about this game, and we hope that you guys are as well.