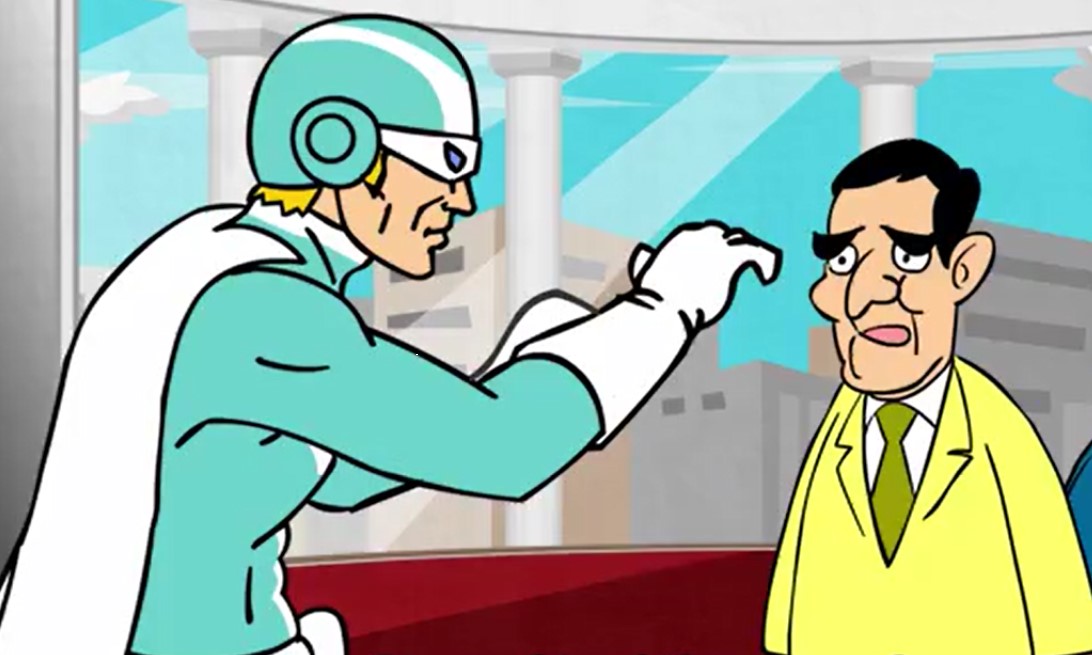 Let’s take a look at the latest development of Eagle Talon Golden Spell. Koizumi’s boss told him to do his soldering work properly or else he will be fired. Koizumi’s friend teases him meanwhile, Dr. Leo is busy doing his research in his office. The evil villain is thinking about the plans to destroy the world without fail. The evil villain’s allies told him that they notice the massive energy source heading straight towards them. Meanwhile, Phillip talks with Yurijin through a phone call.

He told Yurijin that he is heading home he has an early world conquest day tomorrow. Koizumi finished his work of the day and he told his friend that he has world domination tomorrow. His friend talks to him about his bully boss. Koizumi replied that it is his fault he can’t get the hang of the job. His friend said he is just surprised that Koizumi to 4 months to learn how to press the button. He ends up prising Koizumi that he likes the way he presses the gate button.

Himitsu Kessha Taka no Tsume: Golden Spell Episode 2 will be released on Monday, 12 October 2020, at 1:00 AM JST. The new episode of this Anime will be released every Monday. Take a look at the recap and preview below. 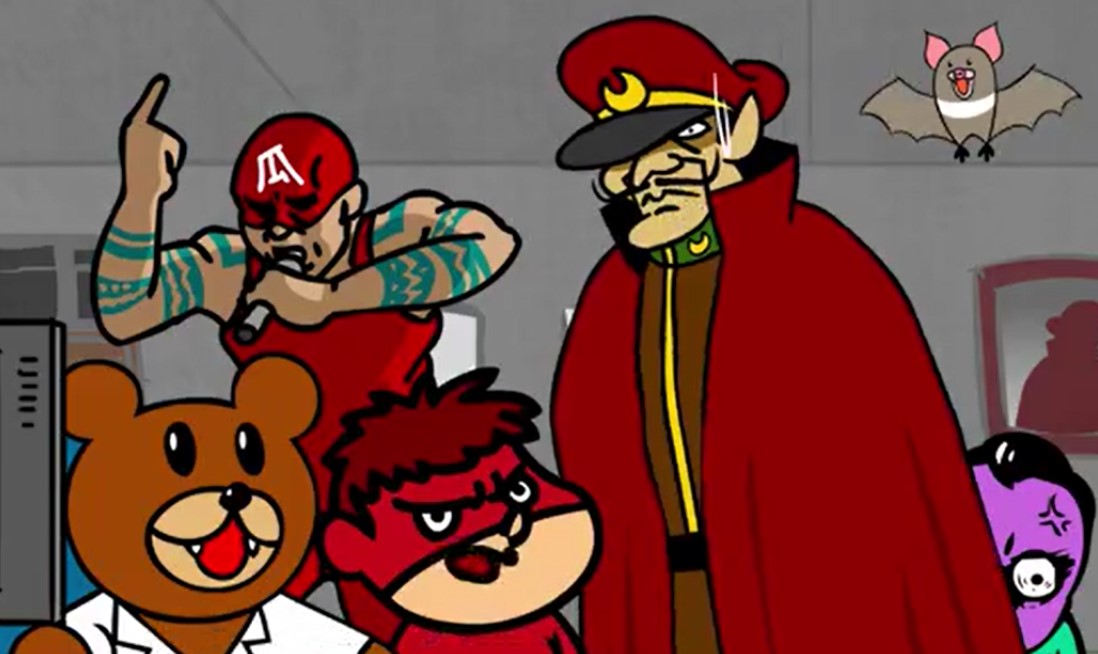 Satou visited doctor Leo, Yoshida, and Phillip they talk about the Golden Spell. Dr. Leo reveals that the golden spell directly affects a human’s nervous system, organ muscle, and skeletal systems. It can even make them change shape and he said that he can cook up a spell that will turn human into this. He said that showing a picture of a monster to Satou. Yoshida said that the coronavirus is influencing everything and social norms are being set ablaze.

He also reveals that everyone is working online making their sisters giddy with the golden spell. The golden spell is good for people and for the environment. Satou said that they must use the golden spell to conquer Earth at once. Morita came and ask if they will like to get some grasshopper legs. Yoshida replied that they are busy conquering the world from home. Satou asks Leo where should they conquer first.

Yoshida said that they must do warm-up by attacking the DX fighter and Satou is scared of DX. Yoshida told him that there is no need to fear the DX Bomber since they will be using a remote control. At DX company DX is busy wearing gloves and his colleagues ask him why. He replied that it is a Coronavirus measure and all the social distancing is putting a cramp in his business. He said that he is planning on enforcing virtual justice.

With those updates so far that’s what the upcoming episode has revealed for us now. Next week we will be bringing another new latest update of this Anime.