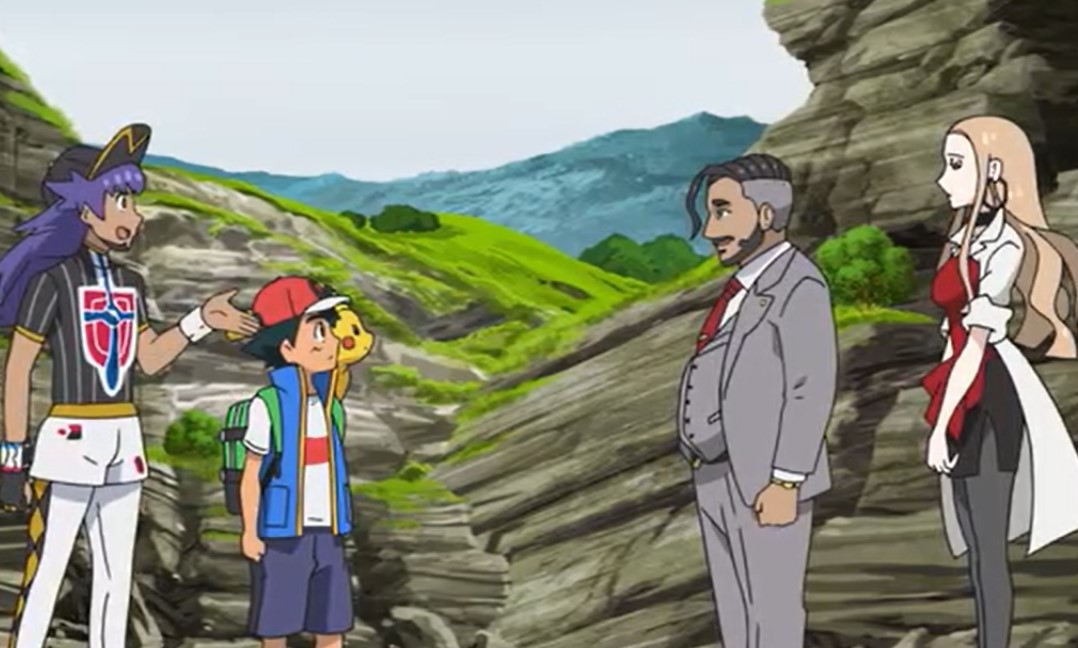 Satoshi and Goh went to the Galar Region to investigate the mystery of Daimax. The two got separated in the forest and run into mysterious Pokemon. Later Satoshi teams up with Dande to stop the rampaging Daimax Pokemon while Goh travels with Sonia to search for clues to the legend. Team Rocke is working at the underground energy plant, Knuckle City. Let’s find out below what waits for them at their destination.

Team Rocket decides to dig so hard from Sasaki’s orders and they think is righteous for their evil. Meanwhile, Goh and Sonia have reached Turf Town Geoglyph, Sonia reveals that it depicts the legend of Galar. Goh said that when Galar Region was engulfed by a black vortex, gigantic pokemon rampaged. The lone hero wielding a sword and shield appeared and stop the raging beasts. Goh asks Sonia if she is investigating the connection between the legend and Daimax.

Pokemon 2019 Episode 44 will be released on Friday, 6 November 2020, at 6:55 AM JST. The new episode of Pokemon is released every Sunday. These Anime release its latest new episode every Friday. Beware of the spoilers of the next episode, so make sure to be careful when you continue. Watch this Anime officially on Netflix. Move down below for more about Pokemon. 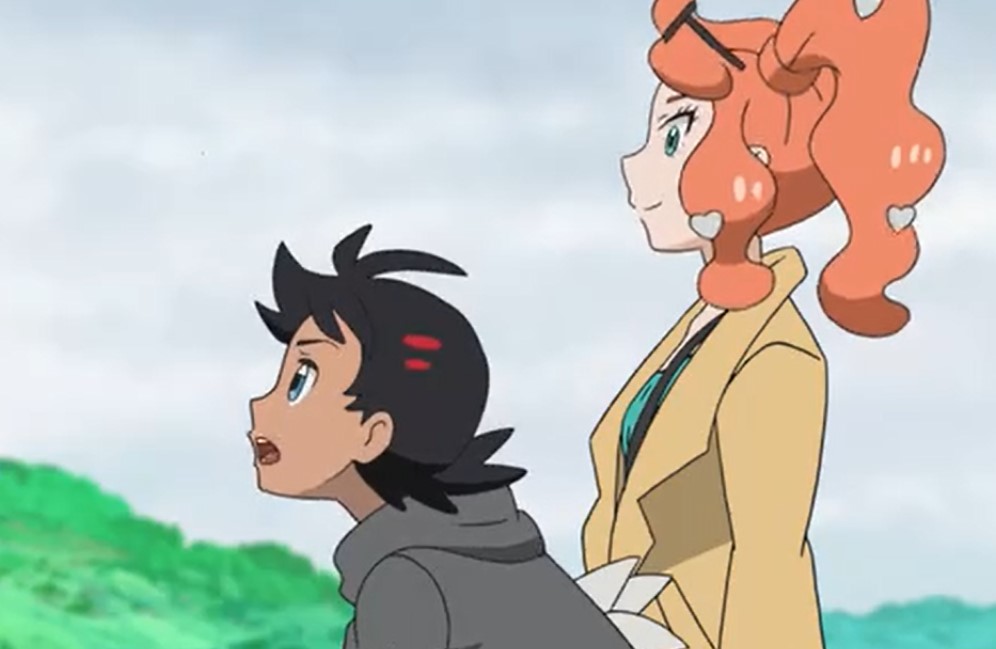 Sonia replies yes, saying it her grandmother’s homework for her. Sonia asks Goh what does Goeglyp looks like and he said it looks like gigantic pokemon rampaging. Sonia adds that perhaps the black vortex that brought about the disaster is the Black Night. She also thinks that Black Knight is about to appear in Galar again and maybe she can figure something by coming here. Goh thinks that the Black Knight might be connected with some crazy powerful pokemon or something.

Meanwhile, Team Rocket thinks that the plan they are working on hid the strongest evilest Pokemon. Olive asks Mr. Rose if she ahold halt the injection of Galar particles until the hangar has been strengthened. Mr. Rose thinks that they can’t control the energy that is flowing and talk about the disaster that connects with The Black Knight. Team Rocket is nearby spying on them and they think that the globe that they are looking at is the pokemon they have been looking for.

They want to catch it and Olive calls her bodyguard to follow Sonia and Goh. Goh said that he is going to Brass town to meet professor Magnolia and Sonia said it is her grandmother. Meanwhile, Dande and Satoshi encounter Sekitanzan, Kyodaimax form, coal rock/ fire type pokemon. They battle it and Satoshi uses Ginger who fires a shadow ball and Pikachu finished him with 1000 volts.

Mr. Rose shows up with Olive and said they heard the noise and came then Santoishi get to know them. Meanwhile, Goh and Sonia met with professor Magnolia. She gave them useful information for their research and reveals why she broke her relationship with chairman Rose. She said that Rose wanted to achieve his goal no matter what and she has a bad feeling about the incident that is happening.

For this upcoming week, that’s all about what the upcoming episode of Pokemon has revealed for us. We are not aware of the official way to watch this Anime but you can visit its official website at www.tv-tokyo.co.jp. New updates of this Anime will be available every Friday after the release of a new episode.