Thus, the manga is wrapping up the arc in the coming chapter, which has led the fans in making theories and speculations on what will be the next adventure for Goku, Vegeta, and Universe 7 warriors.

A surprise came on 15 December 2020 with a new magazine promo and teaser trailer of the coming arc, which has got the fans going crazy. So here we are discussing all the details about the upcoming arc of Dragon Ball Super and what new adventure Goku and his friends will come across.

V-Jump Magazine took up the responsibility of breaking the news by posting a promo of the new arc, calling it “Granola, the survivor” arc. The promo can be speculated that the new manga arc’s story will be centered around Moro’s henchman, who escaped with him during his reign. Granola and the trio of 73, Yunba, and Shimorekka will be in the frame. And from the promo, it seems they are not the only ones who are going to be a “thing to worry about” for Universe 7.

The henchmen group was interesting in itself, and fans loved the intensity and the different kinds of strength they carried. Their relationship with each other was also left with something to think about, and viewers wanted to know more about them and their history. And now it seems like they are being treated. Plus, Moro released a large number of prisoners, and the Galactic Patrol is still chasing them. So this is also something to watch for as who knows what kind of strength the other prisoners carry.

Check out the teaser below. 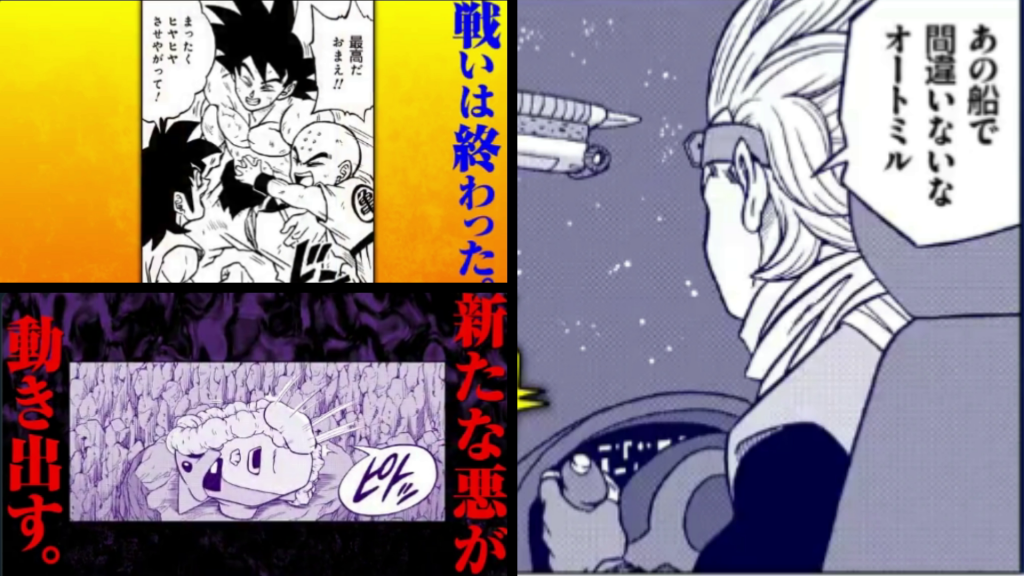 The magazine promo gave us more insight into the arc. As we can see above, the teaser begins with some of the final pages of Moro’s arc and the Universe 7 warriors celebrating. The next scene follows us into a deep hole created by Moro’s destruction. The scene gets swapped off with another one where Jaco is in conversation with Yunba, who asks Jaco if they checked 73 is alive or not.  Next, we can see 73’s head deep down in the hole, and it seems 73 is not dead at all and is mending himself very well.

The way it was featured, it seems that 73 could still be a legitimate threat to our warriors as he was already shown as one of the strongest beings from the Moro’s henchmen.

The last slide of the trailer features Granola out in the ship chasing Jaco’s craft and addressing someone that this is the ship they have been looking for. Now it seems, these are not the only baddies our heroes will be dealing with, and there is a lot more to come.

Moro’s crimes have paved off a huge weight on Universe 7, with a large number of convicts escaped from the prison and Galactic patrol on a job to hunt each one of them down. The teaser’s question arises: how many and how strong are the other prisoners, and will the Universe 7 warriors be able to fend them down as their strongest warriors are weakened after a near-death battle with Moro.

Are you excited about the new arc? Stay tuned for more updates.