My Recently Hired Maid Is Suspicious has Just released its 6th Manga chapter as of yesterday. So in this article, we are going to talk about the Manga’sschedule for its latest and upcoming chapters, we will also take a look at where you can read these new chapters as soon as they are released so that you can stay up to date. Later on, we will also look at the potential spoilers and updates on the Raw scans of the Manga.

The story of the Manga follows the short stories about a young boy who hired a maid to help with his daily house chores. The Manga made its debut at the end of October 2019 with double chapters release. The release schedule so far has been biweekly with only two chapters released for November followed by Chapter 5 on the 2nd of December and the latest Chapter released on the 19th. This means that Chapter 7 will be released in two weeks’ time on the 2nd of January 2020 according to its usual release schedule. 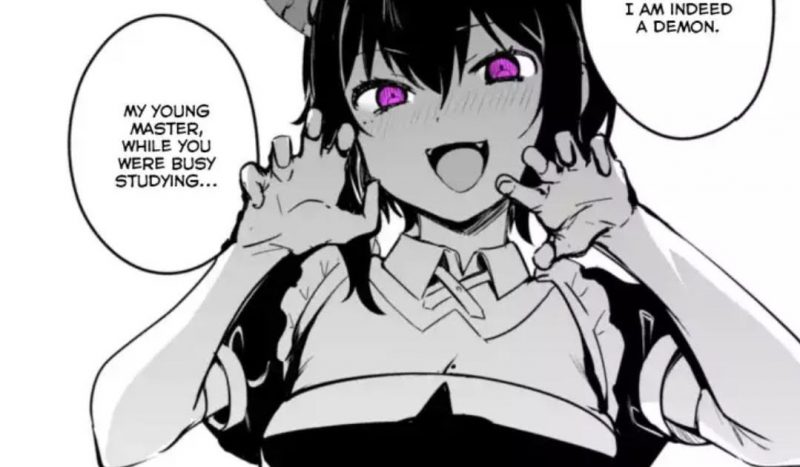 Where To Read My Recently Hired Maid Is Suspicious Manga?

With only 6 chapters released so far, you can read the latest chapters as soon as they are released from “Isekaiscans” as they are always up to date with the release schedule. Although raw scans are usually released 2-3 days for the Manga, we advise you to read from the official websites as this will help the Manga creators.

The chapters of this Manga a rather short as they usually consist of very few pages. In the latest chapter, the maid was up to his daily house chores. However, she usually works like this as it is just a disguise for her ulterior motives which ended up showing her to be suspicious of something tho he young Master. Although she is honest with her intentions the young master usually overlooks it as he is mainly concerned about her wellbeing.