The New CW’s “Superman And Lois” Teaser Brings Back The Super Family Together, Everything We Know So Far About The Upcoming Superhero Drama

Arrowverse, the universe of DC Characters for television, an alternate from the DCEU of Warner Bros., paved its way in October of 2012 with the successful first season of the series “The Arrow,” which was based on the character of Green Arrow from the DC Comics. The success of “The Arrow” led to the rise of many different shows revolving around the same universe, including The Flash, Supergirl, Legends Of Tomorrow, Black Lightning, and more. All the shows from the Arrowverse managed to find success on the small screen, presenting as an alternate to the much larger DCEU universe in cinema and made their own presence felt on the small screen. The frequent crossovers and team-ups garnered huge viewership, especially the most recent “Crisis On Infinite Earths,” which also served as a finale for the series “The Arrow,” which originally started the universe.

The success of Arrowverse follows more shows in development, and one of them is the very new upcoming CW’s Superman And Lois, which is set to bring the Superfamily and their day-to-day life to the small screens as they struggle as parents as well as fight the villains. Tyler Hoechlin, who debuted as Superman in the series “Supergirl,” is set to reprise his role as he struggles as a parent and loving husband in the upcoming CW superhero venture.

A new one-minute long teaser released by the CW Network saw what life is like for the Man of Steel and his family and gave the fans an insight on what we can expect from the latest venture of CW’s Arrowverse. Here we are breaking down the entire trailer for the upcoming CW’s series titled “Superman And Lois” and everything we know so far about the upcoming superhero series.

So the teaser trailer of Superman And Lois consists of many teases for the superfamily and starts with Tyler Hoechlin’s voice of the Man of Steel stating how a person starts as one version of himself, but as he grows, life changes him. Tyler Hoechlin’s voice further explains the change by stating the kind of moments that shape the character, changes the priorities, further stressing and tearing every fiber of a being. This statement caught our attention and had us thinking about what kind of pressure the superfamily is about to face. The next words from Tyler Hoechlin gave the fans some relief when it explained how under the torn fibers lives a strong person forged like steel which has the courage to fight for the ones he loves.

The one-minute trailer hasn’t revealed much about the upcoming Arrowverse show besides some art, a new suit for Superman, and Tyler Hoechlin giving us a glimpse of what we can expect for Superman and his family to face in the coming “Superman And Lois.” The series will present the aftermath of Tyler Hoechlin’s Superman since the events of  “Crisis On Infinite Earths” in October of 2019.

The Plot and Official Synopsis for “Superman And Loise” 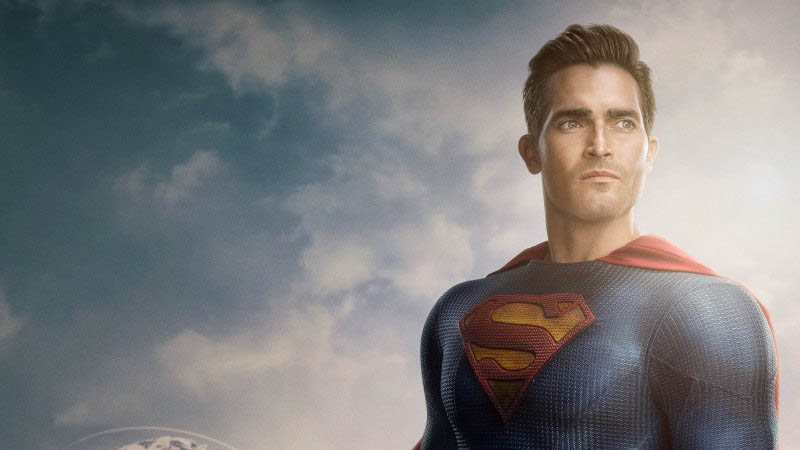 Superman and Lois’s plot sees Clark Kent and Lois Lane handling their day-to-day life with parenting, neighbors, Lois’s father, and a mysterious stranger soon entering their lives. The CW Network released an official synopsis for “Superman And Lois,” giving the fans a look into the upcoming series and what to expect from the Supergirl spin-off.  The Synopsis summarizes that the world-famous superhero who faced a large number of megalomaniacal supervillains and monsters wreaking havoc on Metropolis, The Man of Steel called Superman who is also known as Clark Kent played by Tyler Hoechlin, will come together with the most popular comic-book journalist Lois Lane played by Elizabeth Tulloch to face the biggest challenge of both of their lives, that is “Parenting.”

The synopsis further reveals Clark and Lois’s complicated life as they struggle to find out which one of the two boys, which include Jonathan Kent, played by Jordan Elsas, and Jordan Kent, played by Alexander Garfin, will inherit their father’s powers. The day-to-day life further complicates even more when Clark and Loise are reacquainted with Lana Lang, a local loan officer who was once Clark’s lover and her Fire Chief husband, Kyle Cushing. Lana Lang and Kyle Hushing will be played by Emmanuelle Chriqui and Erik Valdez, respectively.

As the adults rediscover their friendship, the Kent Brothers are met with Lana and Kyle’s rebellious daughter, Sarah, played by Inde Navarrette. Of course, life is bound to get even more complicated when Lois’ father, General Samuel Lane, played by Dylan Walsh, always looks for Superman to vanquish a villain and save the day. On the other hand, Clark and Lois live their day-to-day life until a mysterious stranger played by Wolé Parks is set to enter their life.

The Cast Of “Superman And Lois” 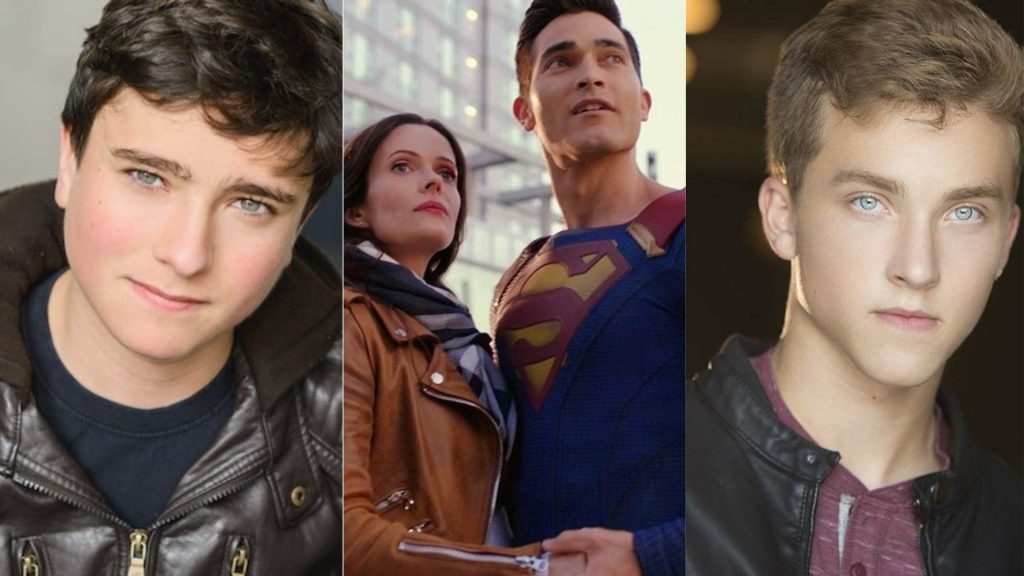 So far, we know Tyler Hoechlin, who debuted as Superman in the CW’s Supergirl, will be returning to reprise his role for Clark Kent/Superman, while Elizabeth Tulloch is also reprising her role for Arrowvere’s own Lois Lane. Jordan Elsas and Alexander Garfin will join them as they pick up the roles for the couple’s sons as Jonathan Kent and Jordan Kent.

The supporting cast will further see Emmanuelle Chriqui and Erik Valdez adoring Lana Lang and Erik Valdez’s roles. Dylan Walsh will be picking up the role of Louis’ father, General Samuel Lane, and a mysterious character played Wolé Parks, namely The Stranger, will also be arriving for “Superman And Lois.”

update And More On Superman & Lois 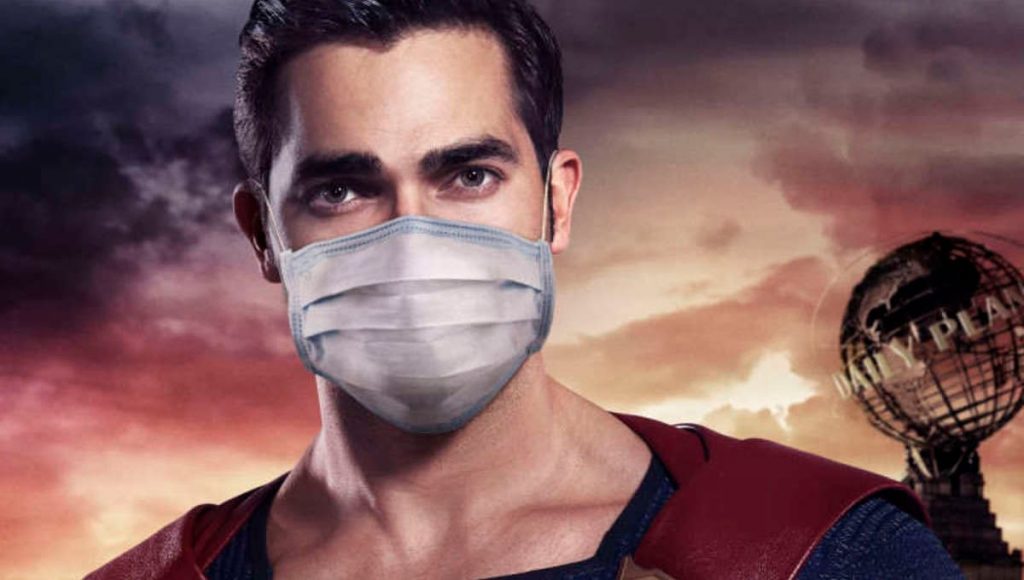 Superman & Loise is set to arrive on The CW Network on Feb. 23. The filming for the first season had begun back in October 2020 and will wrap up soon in May 2021. The CW network has been teasing the audience for the series for a while with many arts and posters, including anew suit reveal for Superman on Dec 9, 2020, and another poster asking the fans to wear a mask.

For more updates on the upcoming CW’s “Superman and Lois,” stay tuned.