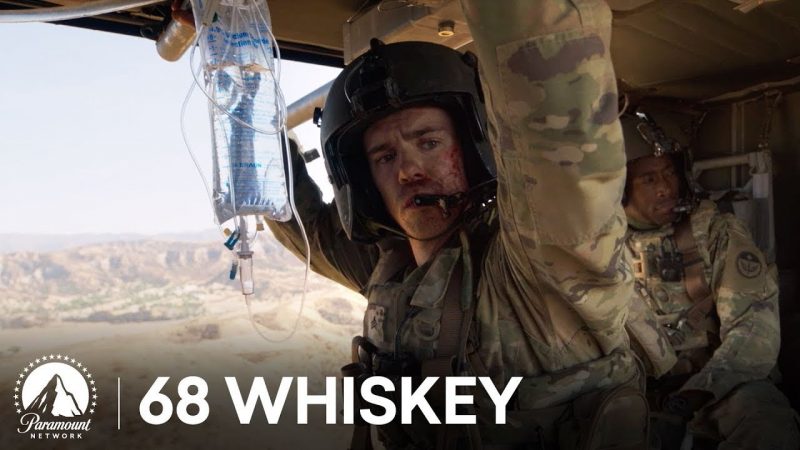 68 Whiskey is an upcoming show which is supposed to release on Paramount Network this month, and a lot of fans are excited to know more about the show. There is not much details out there, but we will be throwing light on all the details available about the new show. First of all, take a look at the trailer of 68 Whiskey.

The trailer looks fantastic, and therefore, people want to know more about the show. Hence, we will be talking about the update, cast, and streaming details of the show.

What is 68 Whiskey about?

Well, here is the official synopsis of the show: The show follows a multicultural band of Army medics stationed in Afghanistan on a base nicknamed “The Orphanage,” blending intense drama with irreverent humor. Together, the medics navigate a dangerous and sometimes absurd world, relying on comradery, various vices, and occasionally, a profound sense of purpose, to carry them through.

The show includes the cast members as below:

The show is supposed to start dropping new episodes from 15 January 2019. New episodes will release every Wednesday! The show is supposed to release on Paramount Network at 9 PM on Wednesdays. The show can also be streamed on Paramount Network app or website, where you have to provide your cable TV subscription details to log in. Furthermore, there are several other options like Roku, Sling, DirecTV now, FuboTV, and Philo to stream the channel to watch the show.