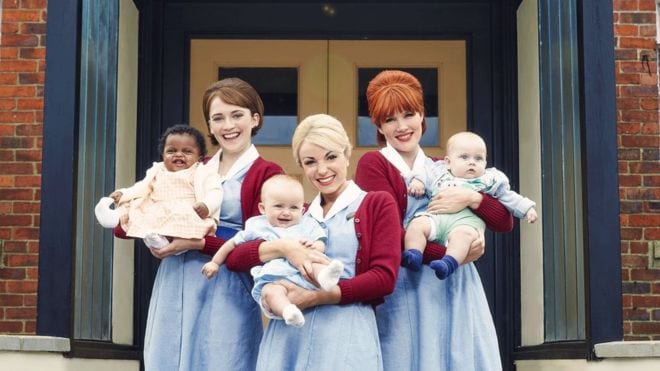 With the story moving to Spring 1964, Call The Midwife returned quite some time ago. The show began airing its 8th season on BBC 1 back in January 2019 and had been broadcasting ever since then. In this post, we’ll be talking about the spoilers, the plot and also the USof the show so let’s get started.

Before we begin, I want to let you all know that this post contains a lot of spoilers from the previous seasons as well. If you don’t want to get spoiled, I suggest that you stop reading the post here. However, if spoilers don’t bother you, we can get started. Season 8 of the show has seen new characters added to the story along with the return of Trixie. It is just what everyone wanted, and the house seems fun once again.

“Trixie has come back from Portofino fully healed of her demons, with a whole new wardrobe, which is just delightful,” Heidi Thomas told press at a screening in London. “You’ll find Trixie much more focused on her professional goals; she’s instrumental for example in something which I think only Call the Midwife could use as a selling point, which is the first cervical smear test ever done in London!”

There are lots of additions made to the cast as well, and we also have some left. Most importantly, Helen George is returning. We will also see many new Midwives in this season, which is not a surprise. Along with Helen, here’s who will appear in the ongoing season of Call The Midwife.

As I mentioned earlier, the show started airing on BBC1 on Sunday, 13 January 2019 at 8 pm. But, that doesn’t apply to the US, does it? If you’re in the US and are waiting for Call The Midwife Season 8 to release, you will have to wait until at least March 2019. The first six seasons are available to watch on Netflix in the meantime. The wait isn’t that long anyway. We’re almost into March already. Let’s hope Call The Midwife Season 8 lives up to the hype.