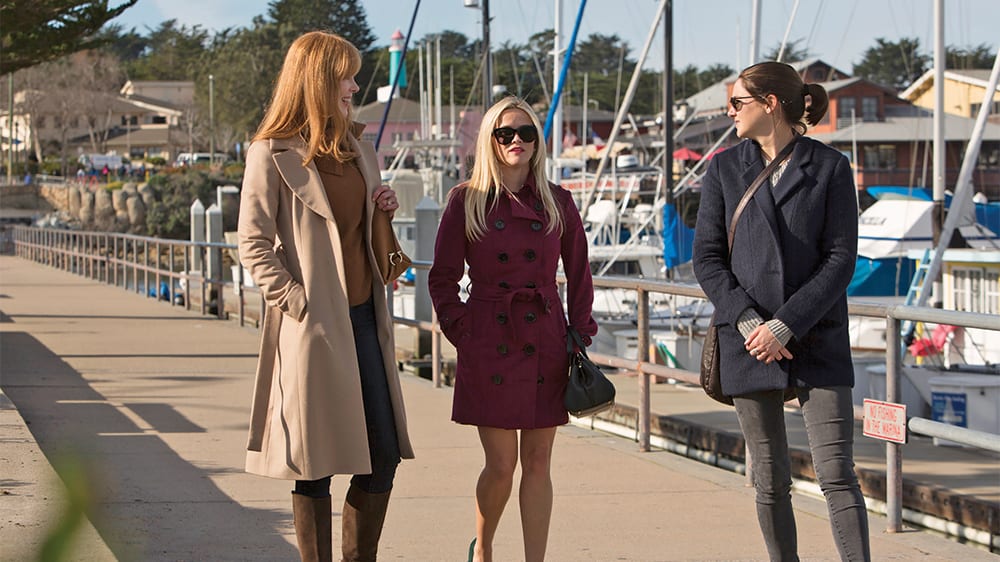 It looks like things won’t be well with the ladies of Big Little Lies. The show may have given them a happy ending at the end of Season 1 (given that it was a limited series) but with the change like BLL, the plot needed to set in motion. And so when HBO came out with highly anticipated releases of 2019, we got a peek at the BLL clip, we saw our favorites lines up in a police station. The next bit was about Meryl Streep who plays Perry’s mother in the show. She needs to know what happened to her son Perry and how he passed away.

The ladies Stars Reese Witherspoon, Shailene Woodley, Zoe Kravitz, Nicole Kidman, and Laura Dern are dressed up in old party clothes, holding cards and lined up against the wall of a police cell. On the eve of this said soiree was when the murder twist of Perry took place. The theme of this Soiree was Elvis and Audrey Hepburn, so that should explain all the costumes and “Breakfast At Tiffany’s,” ” My Fair Lady” cosplays. A glance tells you, Reese, Shailene, Zoe, Nicole, and Laura don’t look happy and that some interrogation was taking place. They are holding cards with numbered one through five.

HBO gave big Little Lies which was initially intended to be a limited series a Season upgrade on popular demand. The cast finished filming Season 2 over the summer of 2018, and the show should be out in 2019. BLL is coming back for season two mid in 2019. Nicole Kidman hinted it would be back sometime in June. Reese Witherspoon co-produces the show with Nicole Kidman. Witherspoon’s company is producing the show. She stars in it as Madeline. BLL boasts of Hollywoods A-listers, and Meryl Streep had only added to its fame.

HBO did reveal a three-second teaser for Big Little Lies Season 2, and it shows a glimpse of Meryl Streep making her debut, saying: “I want to know what happened that night.”