In today’s post, we will b looking at Fruits Basket Season 2 Episode 8 the previews for the latest released episode. New episodes are released every Tuesdays, Japanese time and it won’t be long till we get the next episodes with more updates. Check out our latest updates below. In the latest episode of Fruits Basket season 2, Shigure told Tohru and others that Akito has arrived they must go and greet him and this time only the family will go. Tohru is worried that even this time they leave out only Kyo meanwhile Akito keeps on bossing around everyone.

Fruits Basket Season 2 Episode 8 update will be released on Tuesday, 26 May 2020, at 1:30 AM JST. In most regions, it will still be late Monday since time in Japan is way ahead. So if you want to get the episode as soon as it is released, then you should account for the time differences in reference t your local time. 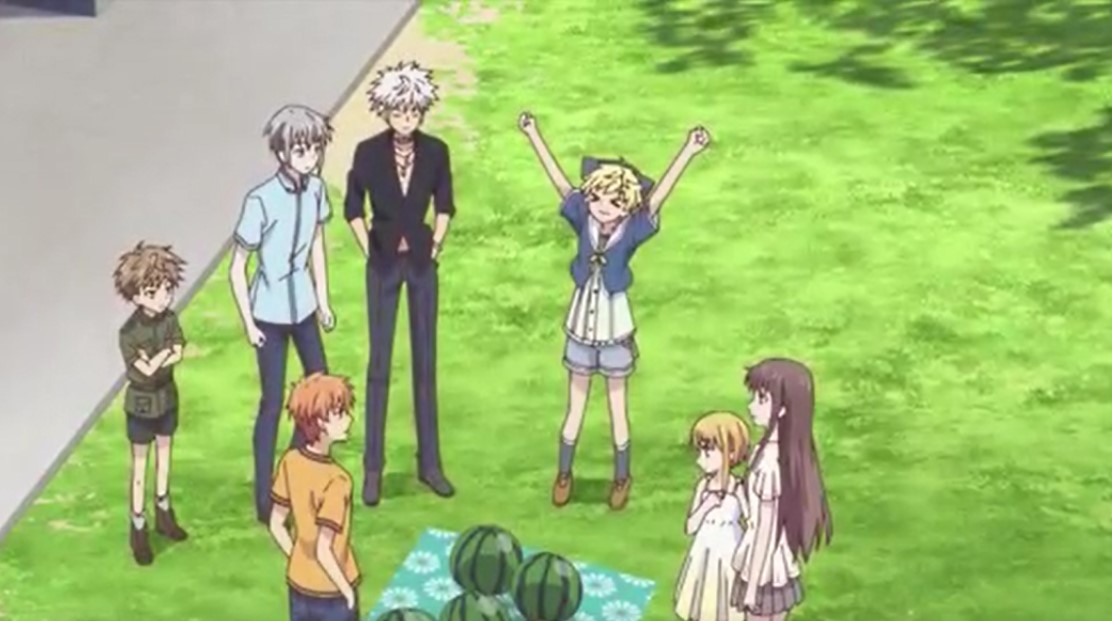 The summer’s getaway house vacation is still taking place Hiro discovered that his mon is pregnant after talking to her on a cellphone before that he told her to be careful not to trip and she must not be mistaken cause she does that all the time. Hiro share the good news with others and they told him to think of a name while congratulating him, Shigure arrives on the vacation also congratulates him while asking where is everyone to Tohru and he finds out they went for groceries.

Yuki and others came back with watermelons and Momiji suggested celebrating Hiro’s mom having a baby by starting a watermelon spitting contest. They both started arguing about the contest and HatsuHaru cut a watermelon in half using his hand so that the contest will start, Tohru tried to cut the watermelon and she couldn’t she ended up crying because her hand hurts all of them end up enjoying the celebration by cutting watermelon and eating them. Haru does the cleaning with Yuki and he told him when he was a kid he thought watermelon would sprout in his stomach if he ate the seed.

Hitori Sohma meet with Shigure and told him to be kinder to Kyo, Yuki, and Honda and he must not stir things and get things twisted if he does so Hitori would rather have Akito stir things up to get what he wants. Take a look at the next episode preview below.