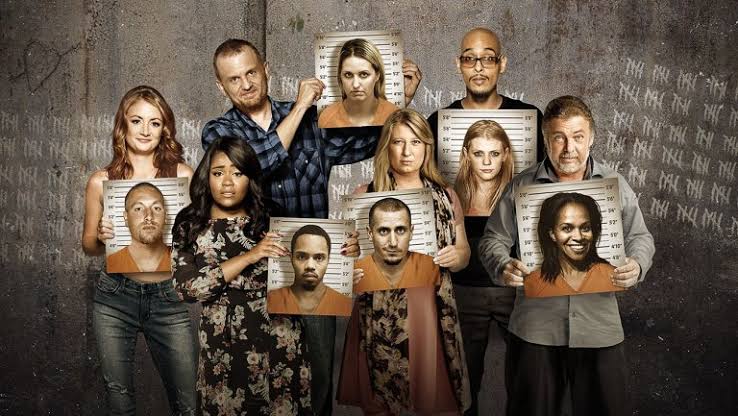 You may know much about WE tv’s hit reality series called Love After Lockup. It traces the stories of fellow inmates who found love in an imperfect place, i.e., while incarcerated. As they become couples, the series navigates their relationships and how they take it from there. Their lives together, following their release from prison, become the subject of attention of one and all — season 2 of Love After Lockup was done and dusted with. Next, we heard reports of a spin-off series of the same.

The series’ spinoff, titled Life After Lockup, features several couples from the second season of the show.

So who is all featuring on Life After Lockup? WE tv reports that the spinoff will follow Clint and Tracie, Marcelino and Brittany, Megan, Michael, and Sarah and Scott and Lizzie, as they navigate their relationships and lives following their release from prison. The first season will have eight one-hour episodes.

Life After Lockup is available on WE tv app, but the first episode featuring Season 1 couple Johnna DiGrigoli and bearded #hotfelon Garrett can be watched on WEtv.com. This episode is titled “Titled Johnna & Garret – Moving On,” it is about seven minutes long and shows both Johnna a Garrett.

The spin-off for this hit reality show was created on popular demand, the five couples that are called back to do Life After Lockup will continue their stories from the original series. As we see in the premiere, the two queens Andrea and Michael’s are managing the events that will follow the upcoming releases of their jailed men. Tracie wants to arrange a meeting with Clint’s mom and Brittany’s friend, Sascha, who faces up to 30 years in prison.

It also looks like that Megan is carrying a secret to tell Michael. The show premiered on WE tv June 14 at 9 PM. You may catch the rest of the season on Fridays at 9 P.M. on We TV.