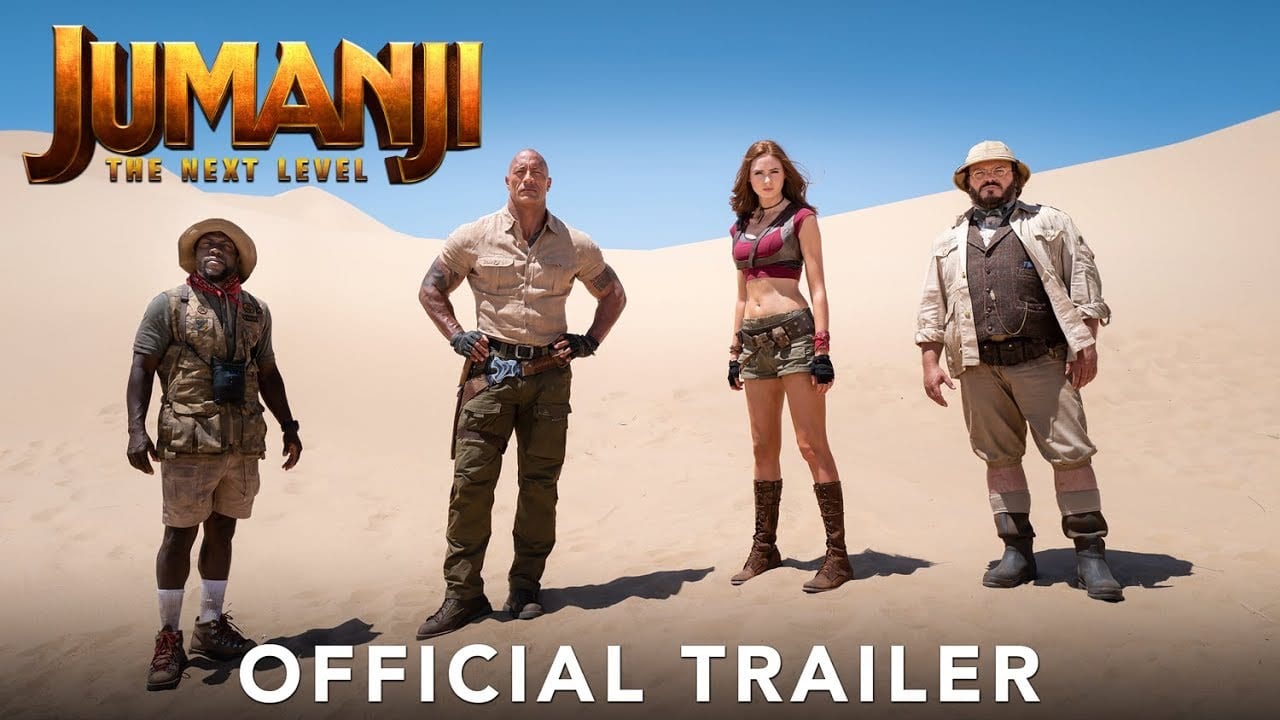 Jumanji is back with next level, literally as fans all around received the trailer of Jumanji Next Level. Dwayne Johnson, Karen Gillan, Kevin Hart, and Jack Black are back for another Jumanji adventure in the sequel titled Jumanji: The Next Level.

Jumanji: Welcome to the Jungle, took the box office by storm earning over $962 million worldwide. It showed how four high school teenagers are transported into a Jumanji video game as adult avatars and find themselves pursued by jungle creatures and motorcycle assailants, jumping into waterfalls and encountering perilous caves.

A nerdy teen becomes the muscle-bound Johnson, a blonde cheerleader transforms into the bespectacled Black, an introverted girl becomes a skimpily-clad Gillan, while a buff football player turns into the diminutive Hart.

The old video game console returns to suck our heroes into a new adventure. They are once again caught inside avatars facing life-and-death challenges under the canopy of a leafy forest. The trailer drops hints at what’s to come, including some changes of scenery ranging from an extensive desert landscape to a snowy mountain.