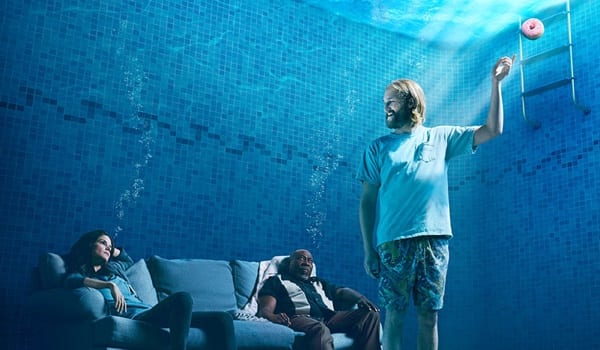 Finally, AMC has picked up Lodge 49, for Season 2! This development has come in place despite Better Call Saul performing better than Lodge 49; the network ended up weighing in both the options and giving Lodge 49 a lead-in. Sure it is a risky proposition for AMC, but they are no fools. Season of Lodge 49 stars Wyatt Russell and Brent Jennings, derived straight from the works of a longtime fiction writer, Jim Gavin.

Lodge 49 at its heart is a light-hearted comedy, with occasionally deals with some real mystical stuff. According to the official statement, Lodge 49 will come out on Monday, August 12 at 10:00 p.m. ET. After the premiere of The Terror Season 2, that is. And, we also have a trailer for Season 2, here watch:

President of programming David Madden has stated that Lodge 49 is a funny, wise and meaningful story that instantly resonated with critics and viewers alike. It is the story of Californian surfer Dud (played by Russell), who is trying his best to get his ducks back in a row. After the death of his father, he sustains a mysterious snake in South America.

In a turn of events, Dud lands at Lodge 49 of the Fraternal Order of the Lynx. This Lodge 49 is a Freemason-esque society with weird mystic principles and beliefs. But it also accepts members from the working class surfers just to hang and drink all day.