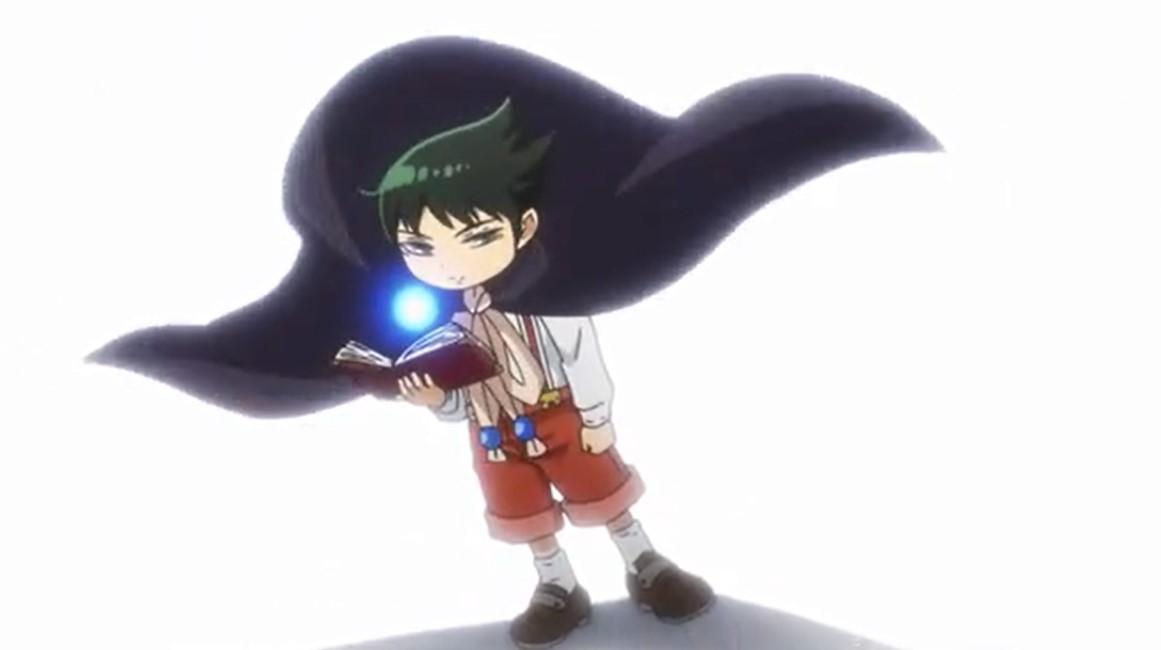 Muhyo to Rouji no Mahouritsu season 2 is a story about Muhyo and Roji who are experts in magic law they can help anyone possessed with the spirit. They work together to get rid of the ghost that needs to be sent away or burn them for eternity. Serving justice to evil spirits is their specialty. Muhyo along with Roji will be using their powerful magic to perform wanders and save innocent people.

Muhyo is the youngest executor who graduated from the Magical Law School. Muhyo teams up with Roji and to form their own business of exorcising ghosts. Muhyo shows no sign of pity when dispensing of the ghosts. He keeps on sleeping most of the time for him to generate a large amount of spiritual energy. The energy is needed for him to summon the necessary Hellish being to carry out the sentences of different ghosts, spirits.

This weeks’ post is about Muhyo & Roji’s Bureau of Supernatural Investigation Season 2 Episode 20 update, preview, and recap. This Anime is also known as Muhyo to Rouji no Mahouritsu season 2. Today we will see Roji trying to save his friend from the powers coming fro one of his old enemies. Take a look below.

Muhyo & Roji’s Bureau of Supernatural Investigation Season 2 Episode 20 will be released on Tuesday, 25 August 2020, at 7:00 PM JST. This post may contain spoilers of the next episode make sure to be careful if you don’t like them. Every Tuesday a new episode of Muhyo to Rouji no Mahouritsu Season 2 will be released.

Roji, Ebisu, Rio, and the two Marlin twins are fighting for their life at magical law school they are being chased by monsters. Other students are lying down unconscious from the poison of the monster. Ebisu thinks that they are finished looking at the monster coming towards him and others. Rio unleashes Six-Direction Exorcising-Hand Circle and attacks the monster. The exorcising surrounds the monster and Rio said release and they explode with the monster.

When the smoke vanished the monster has consumed all of Rio’s attacks and Roji pushes them away to doge the monster attack. Roji runs aways with others and hides inside the room they come up with a strategy to defeat the monster. They decided that they are going to use Rio as a bait. Roji will use magic spell pen to write a magic binding spell at the back of the spirit.

Meanwhile, Muhyo is still in a clash with Hades who wants to see how powerful Muhyo is. Hades wants Muhyo to convince him by defeating him that he is strong so that he can give Muhyo more powers. Muhyo manages to take down Hades and take his right eye out. Hade’s collapse and went down but he transform and came back for round two and he said he won’t go down so easily.

Back to the magical law school, Roji’s plan did not work and Ebisu decided to give all of his REN to Roji. Ebisu injects his REN to Roji and he became unconscious. Rio holds Ebisu and Roji thanks Ebisu for giving him more powers. Roji uses his magic to locate where the monster is. He manages to find the monster and draw the binding spell at the back of the monster and the spell was not complete.

The monster looks at Roji while smiling that he failed again but it is not aware that Roji has new powers. Muhyo’s monster saves him by coming in front of a cannon fireball that is fired by Hades. Muhyo wants to perform the last move to take down Hades once and for all. To be continued next week.

With those latest updates about the upcoming episode of this Anime, we end it here today. Next week Tuesday we hit again with another latest updates.