Appan is a Malayalam drama film released on 28 October 2022. The movie is written and directed by Maju and produced by Josekutty Madathil and Ranjith Manambarakkat under the product labels of Sunny Wayne Productions and Tiny Hands Production. The main star cast includes stars like Wayne, Ananya, Alencier Ley Lopez, Grace Antony, and Pauly Valsan. The cinematography was done by Pappu and edited by Kiran Das. the soundtrack of the film was composed by Dawn Vincent.

The plot of Appan is based on a family trying to go through their daily lives with curses residing in their house. Itty (Alencier Ley Lopez), a hunter and sored wild oats, is paralyzed and bedridden. He pours all his anger and frustration on the people who keep him alive. In the film, we see how much harassment the long-suffering wife Kuttiyamma (Pauly Valsan) and the son Njoonj (Sunny Wayne) before they cross their limits.

Sunny Wayne, known initially as Sujith Unnikrishnan, is an Indian actor who works in Malayalam films. He made his debut in the industry with “Second Show” (2012). He did many films, including Annayum Rasoolum (2013) and Annmariya Kalippilannu in 2016.

Alencier Lopez is a Malayalam film actor who also is a theatre artist. He debuted in the industry with the film Daya (1988). Alencier worked with Sunny Wayne in the film Annayum Rasoolum and films like Njan Steve Lopez (2013) and Maheshinte Prathikaaram. He won the Best Character Actor Award for his movie Thondimuthalum Driksakshiyam (2017) at the 48th Kerala State Film Awards.

Pauly Valsan is a Malayali actress who debuted in the industry by doing supporting roles in the movie Annan Thambi. She has worked in films like Beautiful, Annayum Rasoolum, 5 Sundarikal, and Manglish. She has won the Kerala Best Film Award for Best Character Actress for her role in the film Ea. Ma. You. Ananya, also known as Ayilya Gopalakrishnan Nair, is a south–Indian singer, archer, and actress who works in Malayalam, Tamil, Telugu, and Kannada films. Ananya debuted in the Malayalam film industry with the movie Positive (2008) and Naadodigal in the Tamil film industry. She has received a Filmfare award for her Tamil film Engaeyum Eppothum in the Best Supporting Actress category. She has also received the Kerela State Television Award for Best Actress for her movie Doore.

Other supporting casts of the film include Radhika Radhakrishnan as Sheela, Draupad Krishna as Njoonju’s son, Abel, Anil K. Sivaram as Varghese, Ittychan’s friend, Unni Raja as Suku, Shamsudheen Makarathodi as Jhonson and Ashraf as Kuriako.

Njoonju is an ordinary rubber tapper who lives with his father, mother, wife, and son in a small village. Ittychan, Njoonju’s father, is bedridden but still harasses the family. He is an overt narcissist who regularly abuses and tortures his wife, Kuttyamma, and son Njoonju. The family eagerly awaits his death while the villagers who have experienced Ittychan’s torturous behavior plan to kill him.

To protect his family from Ittychan’s tortures, Njoonju sends them to live with their neighbor Sheela, a prostitute by profession. Njoonju plans to leave the village but can’t because of his duties as a son. Meanwhile, after hearing that Kuriako is released from jail, Ittychan’s friend commits suicide. Kuriako and Ittychan had a past involving Kuriako’s wife.

One evening, Kuriako visits Ittychan to avenge his wife’s rape. Njoonju, being a good son, tries to save his father from Kuriako’s attacks. To save himself, Ittychan asked Kuriako to kill Njoonju and take the woman in return for his life. Sheela got furious at Ittychan’s disgusting traits and stabbed him to death. Ittychan’s family covers up his death by stating it was a mild attack. 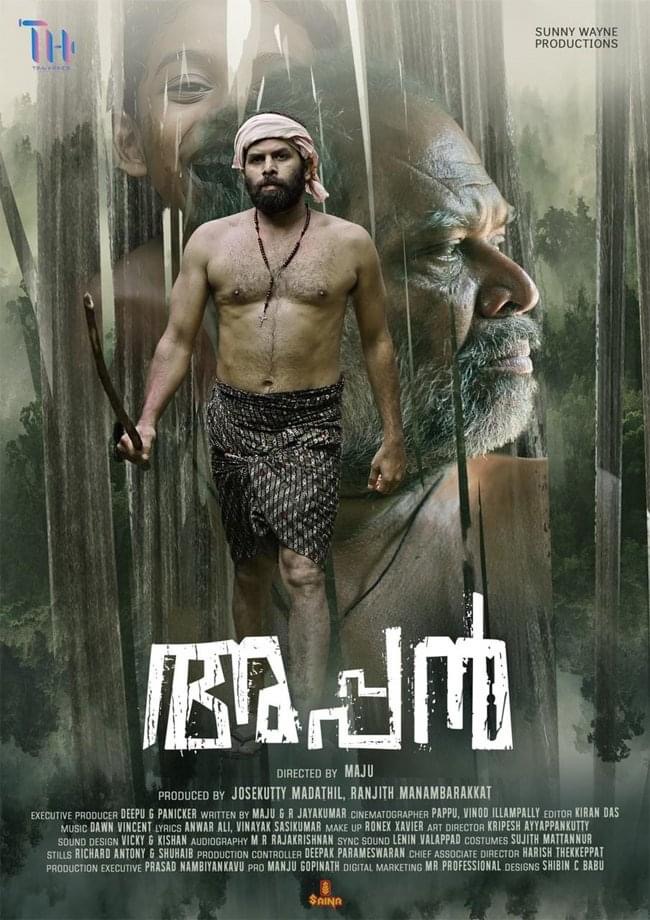 “Appan” is a Malayalam masterpiece set in the hilly regions of Kerala with the backdrop of a rubber plantation. The house would seem ordinary to anyone passing through, but everything is not well. It is evident at the film’s beginning when Kuttyamma, the wife of Ittychan, shares her fortunate dream in which his husband dies, and their son Njoonju stuffs cotton in his nose. While listening to the dream, the smile on her daughter-in-law’s face says everything about the house’s environment.

In Appan, the villainous character of the cruel womanizer, Ittychan, revolves around his family. In other south films, such characters focus on power or money, but in Appan, the story revolves around an ordinary rubber tapper’s family. This unique approach distinguishes Appan from the rest of the Mollywood films. Ittychan’s character is shown as cruel, a narcissist torturing his family.

Alencier, as Ittychan, has done a marvelous job. The director Maju said in an interview that Alencier was perfect for the role of Ittychan. Alencier lived up to his role with ideal dialogue delivery. Alencier makes us hate Ittychan with his excellent acting. Sunny Wayne also did a remarkable job portraying the character of Ittychan’s son Njoonju. He skillfully describes the role of a son who carries all the burden of his father’s sins. His emotions and dialogue delivery is to the point. Other actors, including Pauly Valsan, Grace Antony, and Ananya, delivered a noteworthy performance leaving the audience mesmerized. 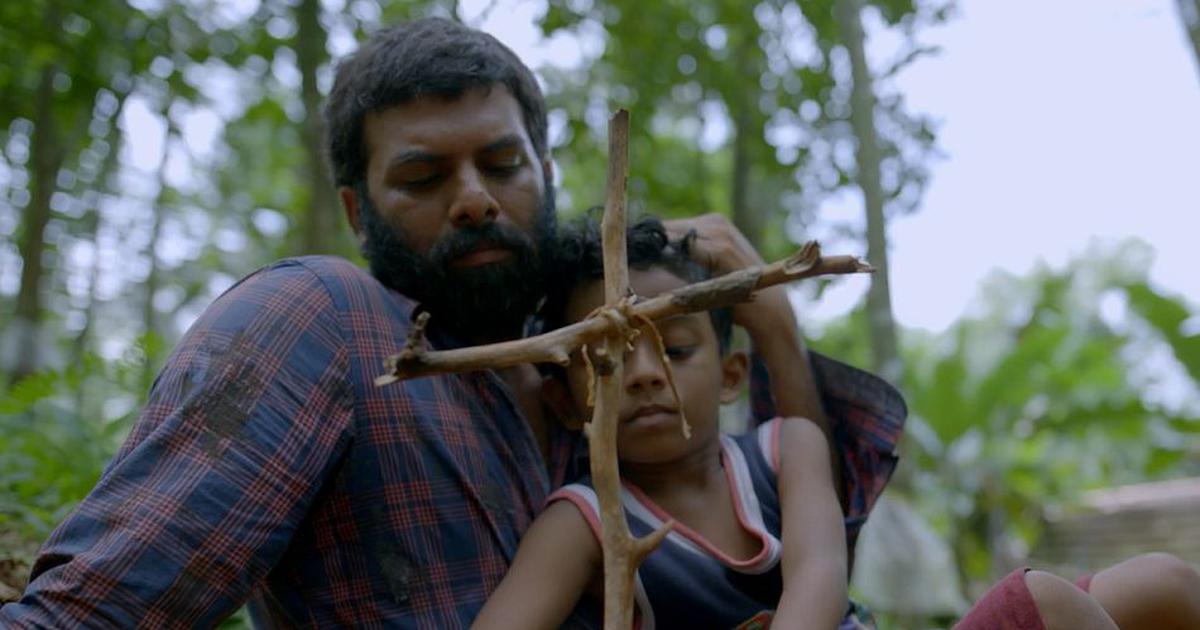 ‘Appan’ is a must-watch for any cinephile. The story will bring out a unique taste and approach toward Malayalam cinema. It is a story of a suffering family, who the bedridden patriarch of the family is continuously torturing. The film keeps you hooked until the end despite its simple backdrop and limited cast. The different yet simple storyline is what attracts viewers the most. ‘Appan’ is available to stream on Sony Liv.