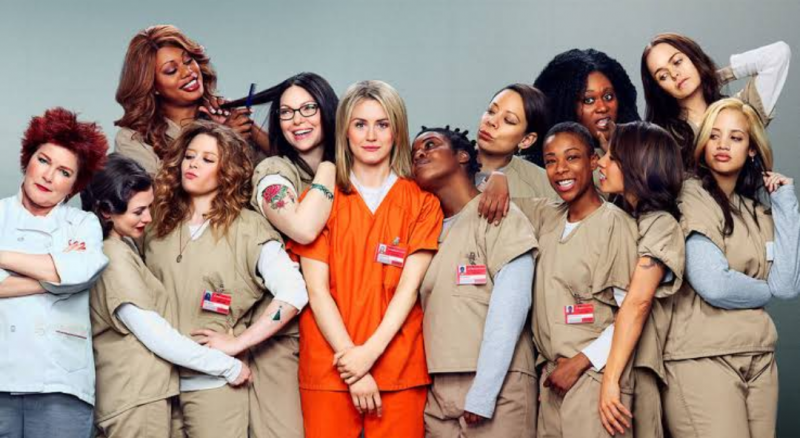 Orange is the new black that has been Netflix’s one of the first orginal dramas. In 2019’s summer, the show ended, but before that, it completed full seven seasons. However, no matter how popular it gets, every show has to end at some point. At the end of the show, it will be exciting to see what the cast members will do next.

Without any doubt, it can be said that the cast was super talented and did some fabulous work to make the show a hit.

The show’s central protagonist played the role of the chapman who wrote the book of Orange is the new black. As the show progresses, the evil side of Piper comes out. The actress was seen in movies, including The Prodigy, Family, and Phil, but at the moment, she seems to have no work. However, she participated in a one night only benefit reading by Maxwell Anderson, and the movie was Bad Seed.

Prepon is well known for her role in That ’70s Show. Orange is the new black allowed her to explore get dramatic skills as she was portrayed as an emotionally guarded character.

Prepon hasn’t been seen to be involved in many projects in the past few years. Maybe, we can connect it to the birth of her daughter Ella. She is also an author whose next book is set for release in 2020.

Also known as Red, she was the leader of her family in the beginning. As the story progressed, she was shown to have grown emotional.

Mulgrew has been seen to search for work. She works as a voice actor and plays Cat in the animated series, Infinity train. She is still going good in her career as we see her playing a role in Mr. Mercedes.

Popularly known as “Crazy Eyes,” Aduba had given outstanding performances. She is shown to be too much connected to the inmates in season 1.

Aduba will be working on some high profile projects. The lastest role that she played was in Miss Virginia. She also works as a voice actress in Cartoon network’s Steven Universe: The movie. She has been signed to work in the fourth season of Fargo and is currently filming in Mrs. America as Cate Blanchett.

Brooks has been considered to be a secondary protagonist in the show. Her role grows and develops as the show progresses. She made appearances in two titles: Clemency and The Day Shall Come. Her upcoming roles include All the little things we kill, The public’s much ado about nothing and Eat Wheaties. She recently gave birth to a baby girl.

Polanco was put forward as an antagonistic character for season 7.

She is going to be busy working in a number of films and shows. She made her appearance in the Netflix series Russian Doll and When they see us. A small role was played by her in the movie The Irishman. Her upcoming projects include The Heights and an indie drama Guilbert.

Mostly popular for her sarcastic humor along with the wise mentality, Lyonne has proved to be an important character. Initially gaining fame for her roles in Slums of Beverly Hills and American pie, she continues to make a name for herself.

She acted as well as co-wrote Russian Doll, which streamed on Netflix. She lent her voice to a season of Big Mouth and two episodes of Simpsons. In the filming sector, she was seen in Ad Astra, Irresistible, and The United States vs. Billie Holiday.

One of the few characters who remained a central figure throughout the show, she has made some solid performances. There is an increase in her work as a result of a number of projects.

She was found to be working in an episode of Law and order: special victims unit and also worked as a voice actress in DuckTales of Disney and will be appearing in Disney+.

Cox had successfully carved her own mark by the show Orange is the new black. From there, she climbed up the ladders of her career. Well known for being versatile as she became a producer, celebrity spokesperson, and much more.

She worked in the film. Can you help a secret and made a surprise appearance in the upcoming season of Your enthusiasm. Her other roles include Jolt, Promising a young woman, and Bad hair. We can conclude that it is going to be very busy as she signed so many projects.

Filled with talented people, the cast members definitely seem to pave their way for more successful careers ahead. Meanwhile, if you have missed any episode of OITNB, it is still available to stream.