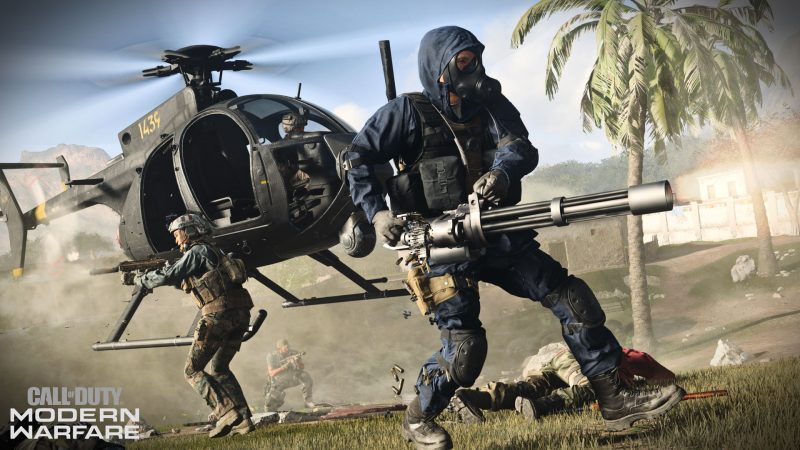 Call of Duty Modern Warfare is, without a doubt, one of the biggest game launches of 2019. The game has a robust campaign that took risks and didn’t care about anything else. The game has been out for quite some time now, and the developer has revealed its first round of post-launch content that the company called “our most ambitious season of content ever.”

The update for this has been revealed, which is 3 December, and the devs have revealed a roadmap of what we can expect when it goes live. The roadmap shows that there are going to be new maps, along with modes, guns, and Spec Ops missions. The maps include the classics such as Crash, Vacant, and Shipment in multiplayer, Cargo, Atrium, and unspecified additional maps in 2v2 Gunfight, and Port in Ground War mode. 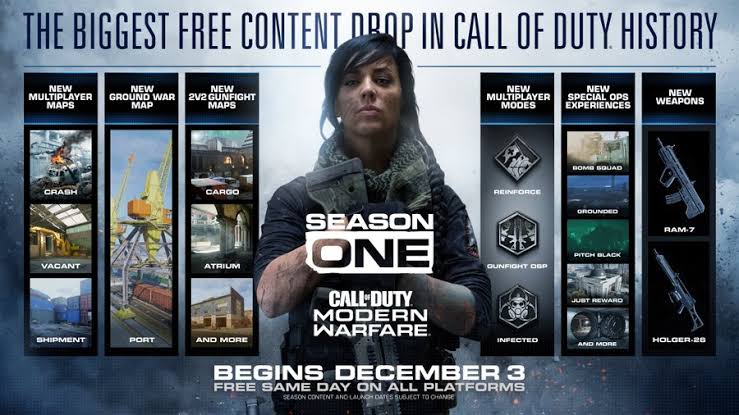 Three new modes will be added named Reinforce, Gunfight OSP, and Infected. Spec Ops will get Bomb Squad, Grounded, Pitch Black, Just Reward, and more. Furthermore, new guns are also coming named Ram-7 and Holger-26. The update will be available at the same time for PC, Xbox One, and PS4, which is excellent news. There is also going to be some balancing to the broken shotgun as well. Down below, you can see the free content that will be available in season one: