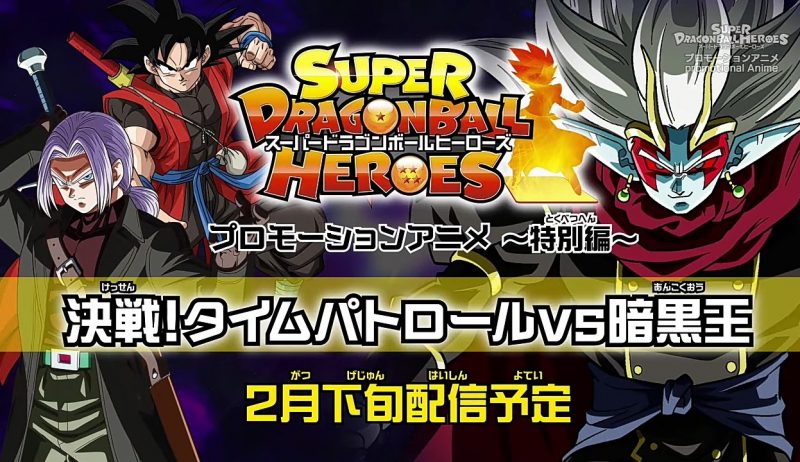 In the 19th episode of Dragon Ball Heroes, Gogeta fights Hearts in a victorious battle. Now that Hearts is gone, a new foe is going to make his appearance on the show. The special episode that is going to release next month in February will introduce the new villain as the Time Patrol arc will start in the anime.

The announcement of the said special episode was made at the end of episode 19, after giving a preview of what’s to come in March 2020 (SDBH Big Bang Mission), the show announced the special episode as: “A new fight starts here! A battle to protect space-time, with all of the Time Patrol together! Next time, on Super Dragon Ball Heroes: Special Episode: “Decisive Battle! Time Patrol vs. the Lord of Darkness”

The Dark King’s debut will see him going against Xeno Goku and Trunks as part of the Time Patrol arc. The special episode will release in late February 2020. The Dragon Ball series’ original net animation (ONA) Super Dragon Ball Heroes is the promotional anime based on the trading card arcade game of the same name. It premiered on July 1, 2018. The game has also been adapted into numerous manga.