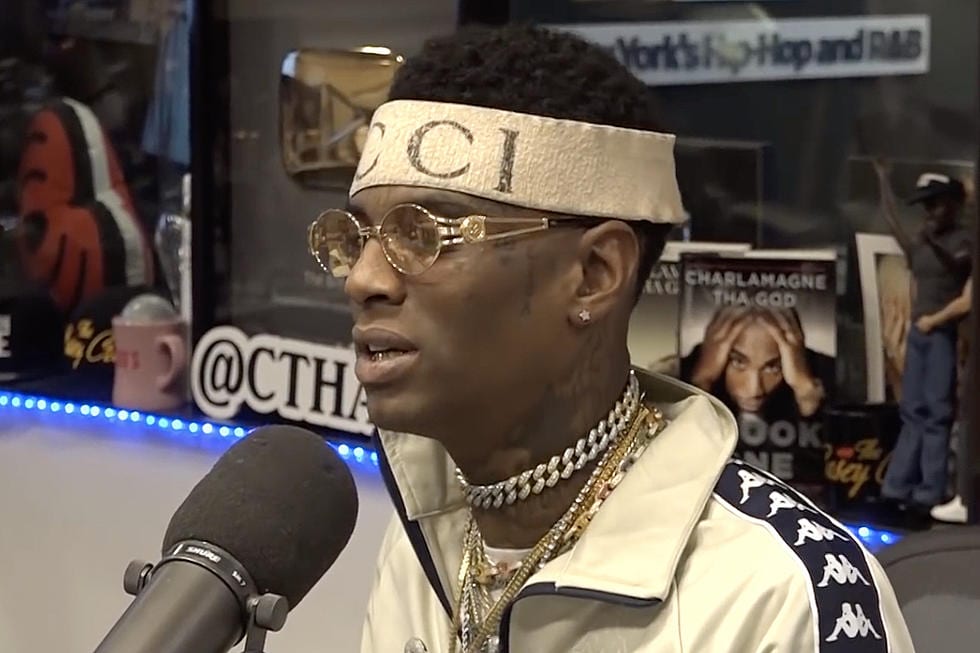 Soulja Boy has been in the news of late. He’s been throwing shade at Kanye and Drake and has no plans to settle down. On The Breakfast Club radio show, Soulja Boy threw some major shade at rappers such as Kanye, Tyga, and Drake. Soulja’s problem with Kanye is that he wore a Donald Trump hat and that was stupid of him. Furthering on Justin Bieber, he called himself the first artist on YouTube, even so before Justin. He ended up naming himself humble but also accepted the fact that Justin blew the internet.

He dropped a new music video just some hours ago. Here check it out below:

In this new video, Soulja is seen holding a pool stick in the video, showing clips of himself on FaceTime.

The rapper has been doing series of the wild interview in which he’s not only been blasting the likes of Drake etc. but also alleged abusers like Famous Dex and 6ix9ine. Soulja Boy is calling himself the “Young Draco” and blasting everyone in his near is a far sight.

So what did the rapper do to qualify such headlines? First off, he touted himself to have done “the biggest comeback of 2018”. In an Instagram live in which he was supposed to be talking about ” consciousness,” he went on an epic rant and began with both anti-Kanye and pro-Kanye rant. He then asked his fans to send him money. Furthering on the abuse, he called Drake as “Aubrey” and “The kid from Degrassi?” But that’s not the news that we should be concerned about.

Consciousness is coming out by Soulja Boy, and with this latest, he plans to take on the gaming industry. Soulja Boy, the rapper announced his entry into the gaming industry. Soulja’s latest SouljaGames had arrived by the end of 2018. And quite frankly they came and went by. There’s way too much criticism that has surrounded his hardware such as SouljaWatch, SouljaPods, SouljaPhone, and SouljaHeadphones. They have been called as sketchy, overpriced and somewhat suspicious.

The SouljaGames consoles, created by Anbernic are only as support consoles, and they don’t do much. So more precisely, SouljaGames consoles can be used to play SOULJAGAME/PS/NEOGEO/PC/SEGA/GBA/NES. His handheld version plays Nintendo Switch and 3DS, etc. Therefore the criticism is that Soulja created consoles to support other consoles.

So his entrepreneurship failure, accusing Drake of stealing his “drip” for years, “loves Travis Scott” because “He took Tyga’s bitch.” You can go on Soulja’s Instagram to check the rant yourself.