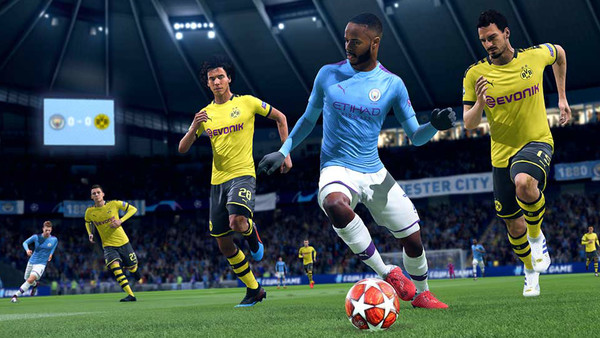 The popular football video game franchise, EA’s Fifa will be returning as usual with its next installment, and fans of the series are looking forward to the set of changes that EA introduces in the new game. It has been a ritual that no year goes without a new Fifa release, and 2020 will not be an exception as according to the reports from legit sources, EA will be releasing Fifa 21, and fans are a little bit skeptical about the upcoming game. We have gathered all the recent updates and information regarding the game, so here is everything you need to know about the upcoming Fifa 21.
The franchise has been facing some serious backlash from the community because of the lack of originality as according to fans, EA is just releasing the same game every year with a new tag name just to earn more profits. Fifa 20 introduced some major changes and improvements to the game, however, the end story remained the same.

Fifa 21 will release on September 25, 2020, we will update you for the same if there are any changes to this.

Although the past has been a little shaky, it won’t be wise for us to judge anything upfront as these days developers are paying serious attention to serving the community better. With major games delaying their update for better development, and with PES getting ahead with every new release, EA might follow the same footsteps and might surprise everyone with its upcoming Fifa 21.
One of the most talked-about points is the influence of the two new consoles, Sony PS5 and Xbox Series X, on the game. According to the latest reports, EA will release the game before the holiday season, and will later pump out a separate release in some form for the two consoles with some tweaks and enhancements. Another popular theory states that EA might follow the pattern of Fifa 2006 and might be developing a special Euro 2020 version for PS5 and Xbox Series X.
A few of the changes that fans expect to see in the upcoming game include, better balance gameplay, a fresh storyline, an improved career mode, enhanced graphics, more street matches, and last but not the least, improvement in the overall gameplay.
Update:
EA must be already working for the upcoming title of FIFA, but no update has been announced yet The game usually releases on the final Friday of September, so 25 September can be taken as an approximate update of the game. Also, PES has acquired to the exclusive rights to Juventus, so we would not be able to see the club in the upcoming edition of FIFA as well.