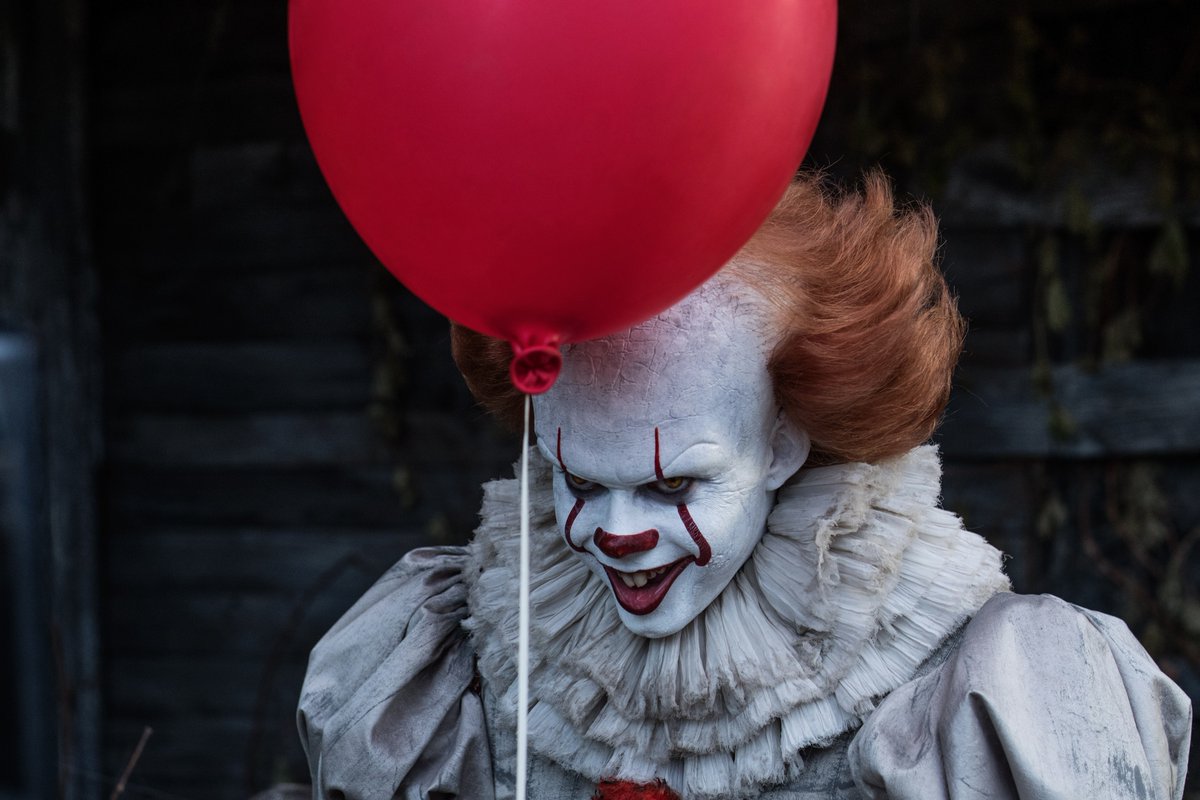 Horror is a genre that everyone loves because it gives the viewer adrenaline rush, and we feel comparably safe because not a horrific creature is hunting for us in terrifying woods in a distant land, which we don’t know anything about. This movie can show you creepy visuals which will give you shivers from inside out and sudden jump scare with a sudden increase in sound, is the easiest form of the act a film do to make you scare, but this act sometimes can be so harsh that you lose your freaking mind and your whole body will be covered in goosebumps.

This article will cover eight different scariest movies on Netflix, which uses its plot and some advance technique to scare you. So kill the lights, grab a bucket of popcorn, and embrace yourself for the ride to hell. All the movies on this list will be readily available on Netflix. 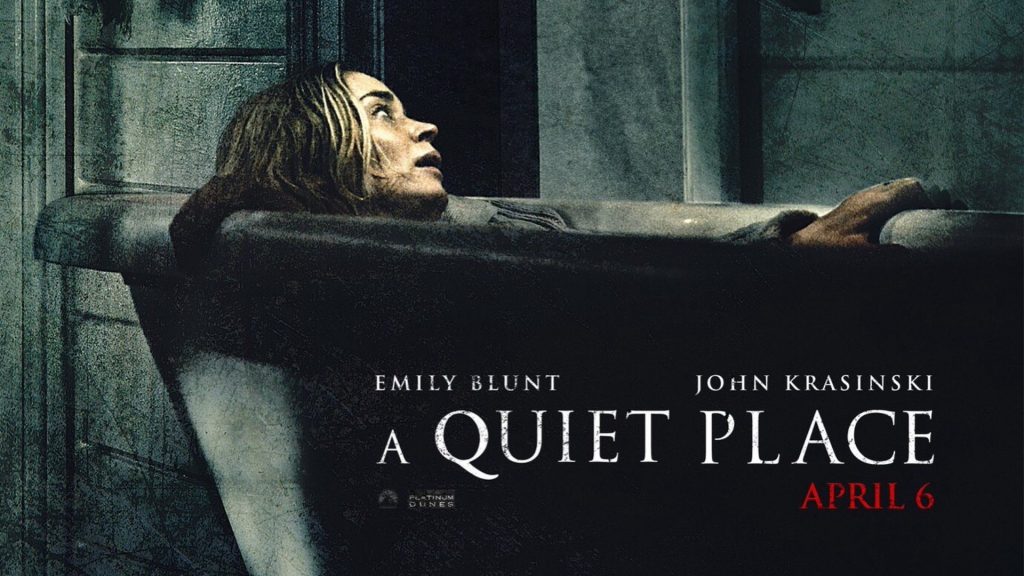 ‘A Quiet Place’ is a 2018 American science fiction horror film which is directed by John Krasinski (one of the crews cast in the legendary comedy show ‘The Office’). This movie is the screenplay by Bryan Woods, Scott Beck, and Krasinski himself. This movie stars John and his wife, Emily Blunt. This movie has a unique plot that you will ever see in a horror film. ‘A Quiet Place’ is set in the time when the world has been invaded by a fearsome, murderous creature that is blind, and they sense humans via sound. This movie revolves around the Abbott family, which consists of wife Evelyn (played by Emily), husband Lee (played by John), congenitally deaf daughter Regan, and sons Marcus and Beau.

As these new invaders are attracted to noise, even the slightest of the sound can be deadly. However, the whole family has managed to escape the creatures and have survived for over a year on an isolated farm, and this family has developed many norms regarding how to communicate with others and how to walk without sound and many others just to stay alive. All the members of this family follow these norms strictly. Furthermore, the movie also takes a weird turn when they have to go out for their supplies. ‘A Quiet Place’ is a movie which is worthwhile to watch. This movie is releasing its sequel this year, which is 2020, and hope that this movie also will countless awards like this movie. 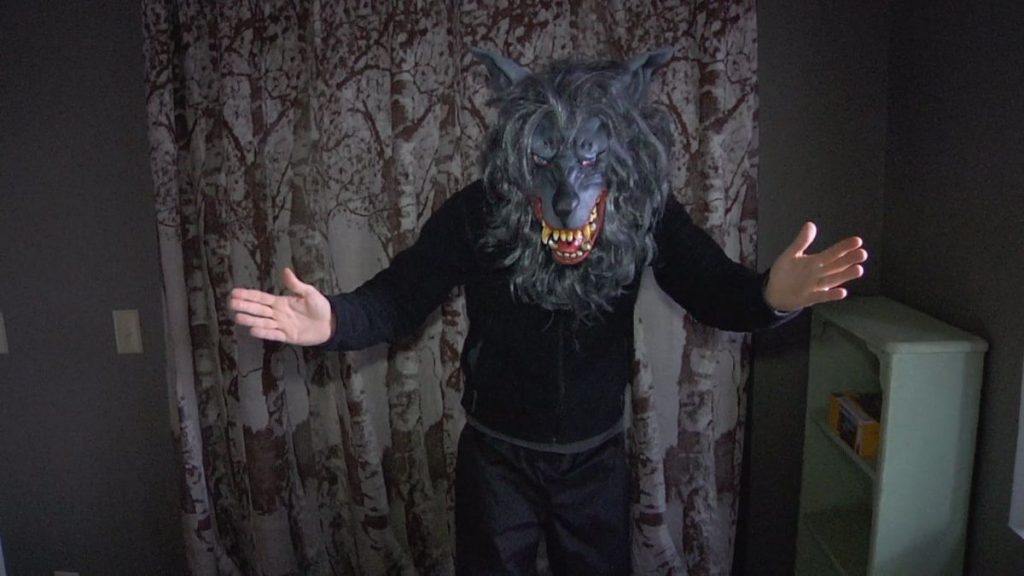 Creep is a 2014 American independent found footage psychological horror, which seems like this movie can be unreal, but it is a real deal. This movie is directed by Patrick Brice and is based on the story which is written by Brice and Mark Duplass. This movie is a found footage horror film in which a creepy guy advertises for a camera operator online. So the start of this footage happens when a videographer from an online website named Craigslist answers an advert for a one-day job in a remote mountain to video the last message of the dying old man. While recording the last word, he gets a sudden shiver that flows throughout his body because the final message gets darker and darker. After recording the final words when he was about to leave, he could not find his keys, and when one stranger calls him, he realizes that the situation he is in is getting worse and scarier. This movie is just amazing to watch despite being a low budget. 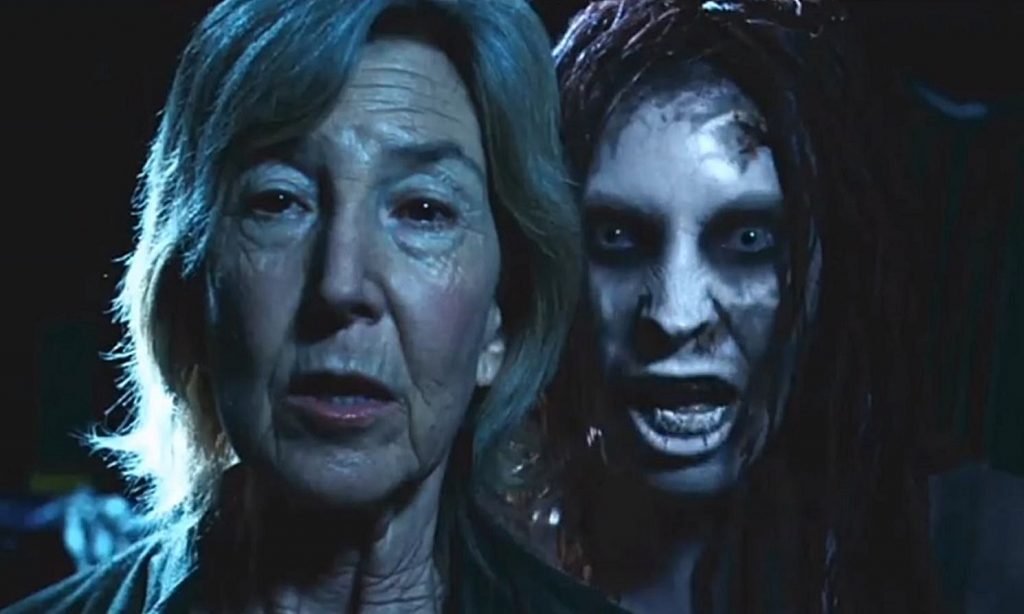 ‘Insidious’ is a supernatural film, and this movie was debuted in 2010 and is the first installment in the Insidious franchise. This first part stars Patrick Wilson, Rose Byrne, and Barbara Hershey. This movie revolves around one family who is in search of help for their son, Dalton, who fell into a coma after a mysterious incident that happened in the attic. Little did they knew that their son’s endless sleep or the coma he is in could lead to the paranormal things, and due to this, they rediscover the past, which has the key to get their son back from that mindless horrific state. This movie is a piece of art because all the horror scenes are beautifully cast, and there is no way one can hate this movie. 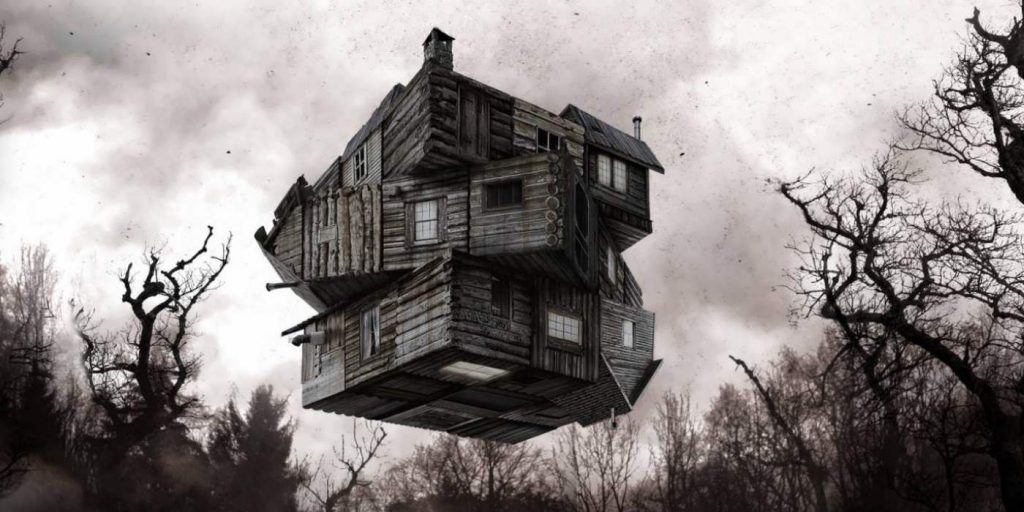 Cabin in the woods

5. The Cabin In The Woods

‘The Cabin In The Woods’ is an American horror comedy which is directed by Drew Goddard this movie revolves around five college students who head to the remote cabin which have no means of communication with the outer world but they visit this cabin because it was weekend for them and they wanted to do something thrilling. When they arrived at the cabin, the cellar door swung in front of them, and they go down to investigate, and they find an odd assortment of relics. But little did they know that they were falling into the deeper traps of zombies. In addition to that, the whole doing and ghoulish going on were manipulated by two scientists. However, they are far more going on than the meets of the eye. This movie is recommended to watch because of the huge cast and a gripping story overall. 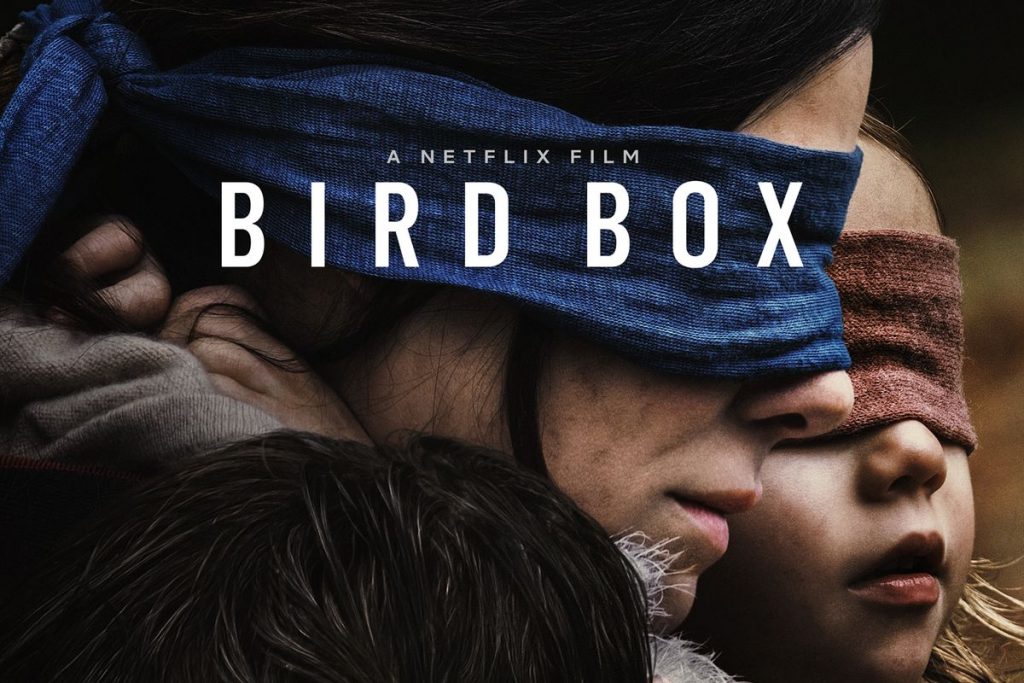 This movie was debuted in 2018 and was directed by Susanne and is taken from a screenplay written by Eric Heisserer and is based on the 2014 novel of the same name by Josh Malerman. This film follows a woman who is played by Sandra Bullock, who is a single mother, Malorie, and her two children. They embark on the life-threatening quest to find the last protected haven on Earth as the new reality is taken over by the unseen forces which purge on the global scale, and one look to that force will drive you crazy, or you will ultimately commit suicide. Therefore, this small family crosses the river, which will reach them to the destination, and they do this blindfolded. This movie has an interesting and unique plot that will satisfy anyone ultimately. Overall, we will say that this movie is full of suspense and a perfect movie for jump scares. 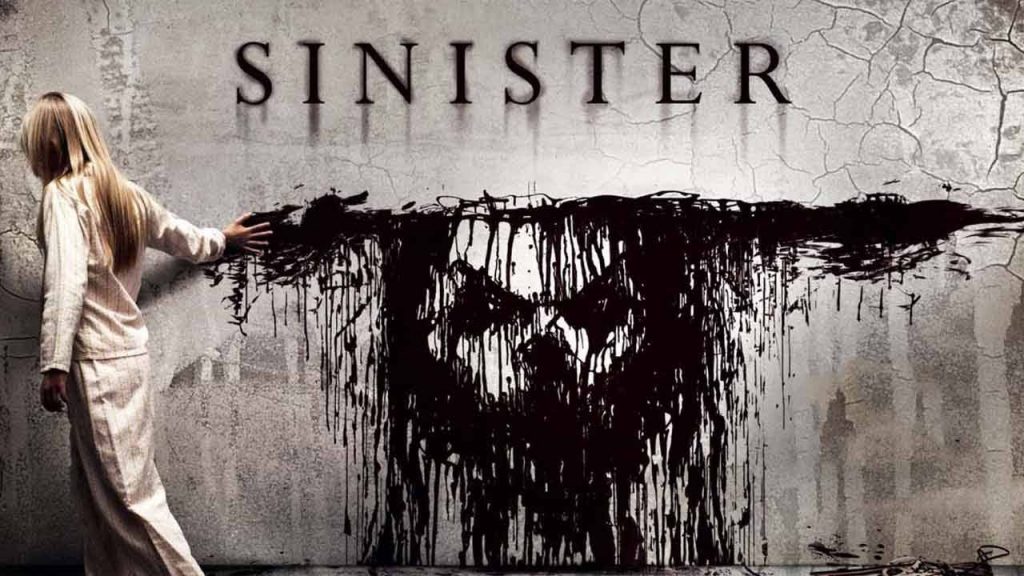 Sinister is a 2012 supernatural horror film that is directed and co-written by Scott Derrickson. This movie stars Ethan Hawke, Juliet Rylance, James Ransone, and another crew cast, which are just amazing as they make this movie whole. This movie revolves around the Crime writer named Elison, who is desperate for the bestseller book as this can change his whole career. He ultimately moves to the house where the whole family was killed brutally by someone. Later on, he finds some tapes which had the footage of this crime, and he watched these tapes to get the inspiration to write something. These tapes were taped back in the 1960s, and after watching the tapes, he gets the hint that this was a murder that was committed due to the supernatural forces. After that, he comes to know that he has put himself into a bad situation, and he cannot get himself out of that place. 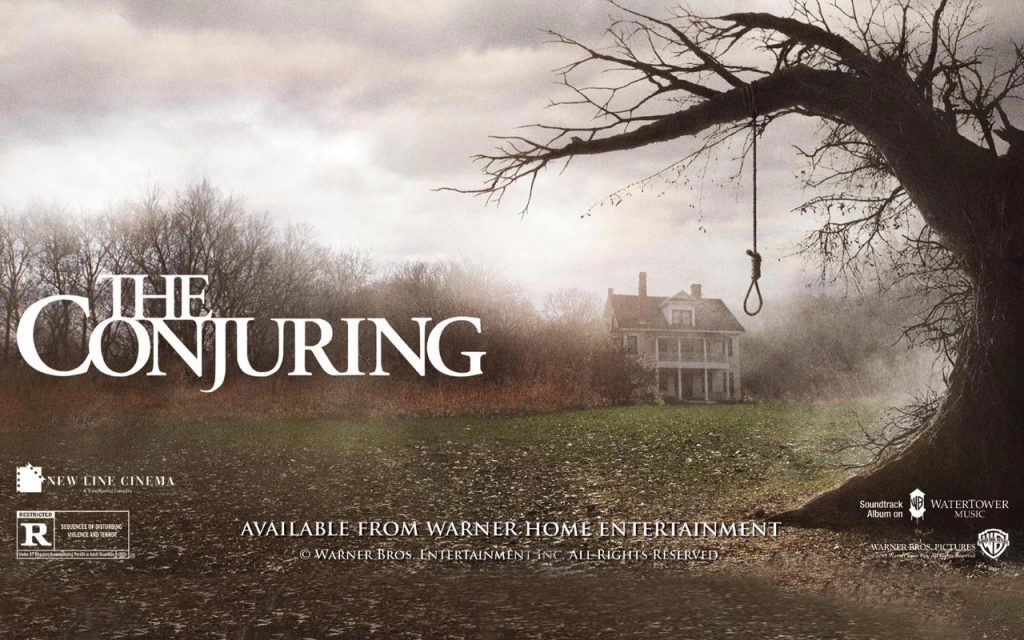 ‘The Conjuring’ is a 2013 American supernatural horror film which is directed by James Wan and is written by Chad Hayes and Carey W. Hayes. This film is the inaugural film in The Conjuring Universe franchise. This movie is placed in old times which is in 1971, Carolyn and Roger Perron move their family into a shady area of Rhode Island farm, and soon enough they find that something strange is happening around and soon enough they get afraid, due to this Carolyn contacts the noted paranormal investigators, Ed and Lorraine Warren and they find out that the whole area has a satanic vibe and this vibe follows the family wherever they no matter what, and therefore, paranormal activists have to use their technique to get rid of the evils which are haunting the movie. This movie shows the absolutely beautiful piece of cinematography, and regular jump scares are very frequent but very useful. 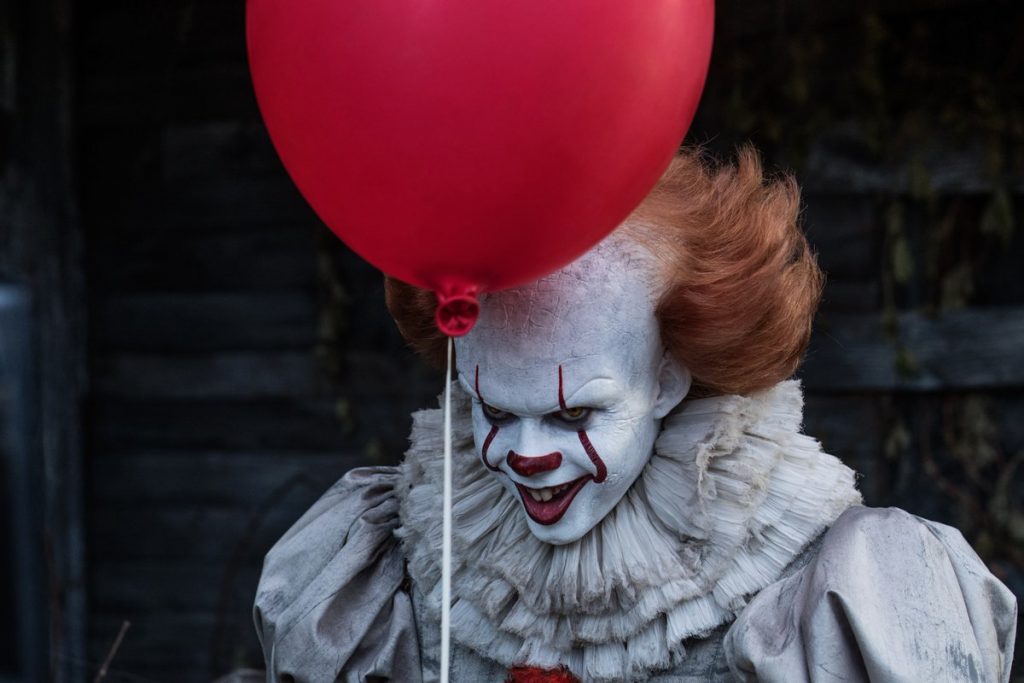 It, retroactively known as It Chapter One, is a 2017 American supernatural horror film that is based in Stephen King’s 1986 novel of the same name. This movie is directed by Andy Muschietti. It also has another chapter which is named as It Chapter two. This movie takes place in the town of Derry, where the local kids are disappearing one by one. After that, a group of seven kids is united bt their horrific and strange encounters with the strange clown, and they decide to kill it. Without leaking much more information, it is recommended that you watch this movie with a straight face and with a bucket of popcorn as you will enjoy the movie.