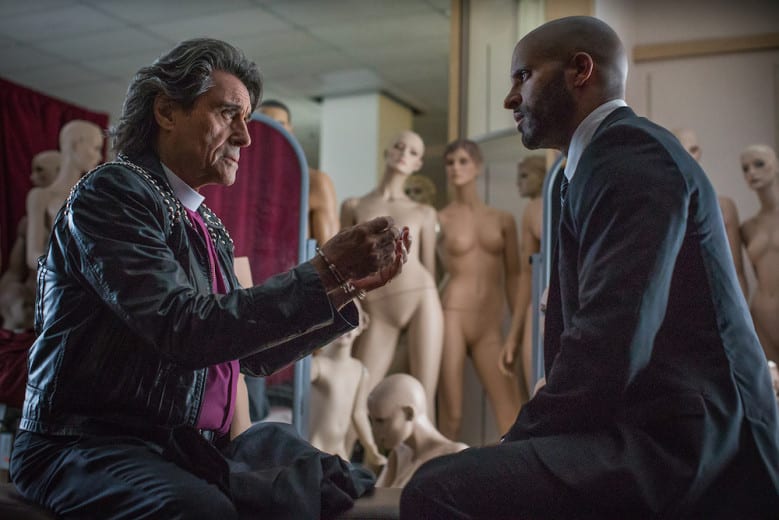 In this post, we are going to talk about American Gods season 2 episode 3 where to watch, and spoilers. But before that, it would be crucial to know what happened in the last episode to better understand what is waiting for us in the next episode. Therefore, the following paragraph will contain spoilers from the previous episode. So those who have not watched it should skip the next paragraph to avoid spoilers.

The last episode was not at all an ideal episode for Shadow fans, because he was tied in a train wagon, and he was hooked up to several wires. A man named Mr. Town introduced himself and asked Shadow about Mr. Wednesday. But Shadow did not utter a word about him. So, Mr. Town used his abilities to go through his memories, where we saw some flashbacks from Shadow’s teenage life. We even saw his mother dying, which was an emotional moment. Somehow, Laura and Mad make it to Shadow’s train and rescued him. But Mr. Wednesday pulled his car on train’s track, and an explosion was caused. Now, let’s talk more about the next episode.

The show is now two episodes deep into the second season, and the third episode is supposed to drop this weekend. The third episode of American Gods season 2 is projected to release on 24 March 2019. The show is broadcasted on Starz channel at 9 PM every Sunday. The next episode is titled ‘Muninn.’

The show is also available on the Starz app, where viewers can watch any of the Starz shows online. Additionally, there are several online streaming service providers such as Hulu, Roku, Sling, DirecTV Now where viewers can stream Starz channel at the mentioned time to watch American Gods. The following paragraph will contain spoilers from the next episode!

The next episode will feature Shadow going to Cairo, as he will be escorted by Sam Black Crow. On the other side, Mr. Wednesday will be seen trying to become even stronger by teaming up with a stronger god with the help of Laura. Take a look at the trailer of the next episode!