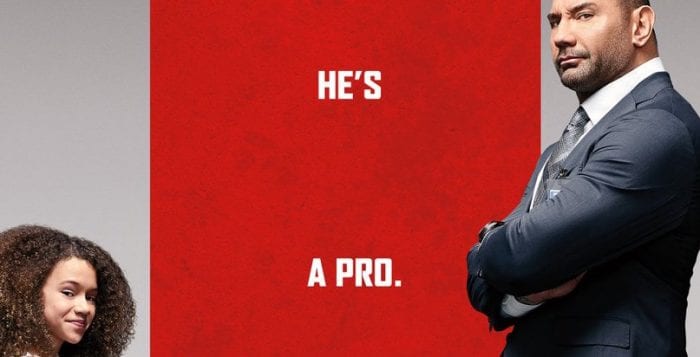 My Spy is an upcoming movie by STX Entertainment. The film focuses on a CIA operative named JJ. He is sent undercover to keep an eye on a family. However, he finds himself at the mercy of a 9-year-old girl. The movie is an action comedy, and I think it might prove out to be decent.

My Spy update has not been announced yet. All we know is that the movie will be released in 2019. We should have a confirmed update in the upcoming weeks. We will keep an eye out for any news related to the update so, make sure to check the website.

Cast:
The most notable member of the cast is Dave Bautista. He is a well-known person throughout the world due to his time with WWE. It will be interesting to see how he performs in the movie. We don’t know the roles of all the cast members in the film. Here is the cast of the movie:

Back in October 2017, sources confirmed that STX Entertainment had wrapped up a deal to produce an action-comedy film that would star Dave Bautista. Bautista would also be a part of the production team, and he would be working beside Jonathan Meisner, Chris Bender, Jake Weiner, and Gigi Pritzker with Drew Simon overseeing the project for the studio.

Then on July 30, 2018, it was revealed that the first film in the series would be directed by Peter Segal. The title for the movie was also announced, and it was, “My Spy.” After some time, it was reported that MWM Studios had joined the film as an additional production company. The shooting for the movie began on October 15, 2018,  in Toronto, Ontario, Canada. It finished on November 30, 2018.