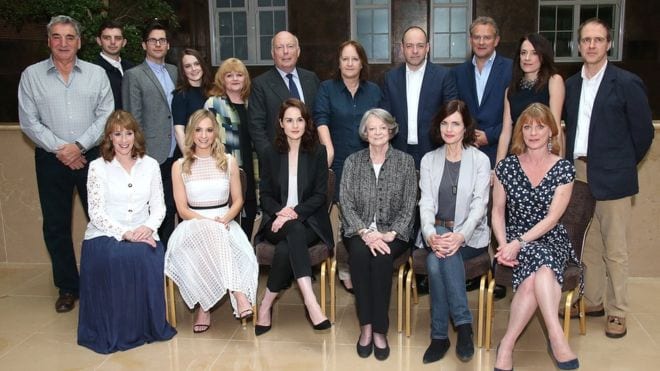 The movie adaptation of Downton Abbey is the most talked about movies of the year all set to come out in the fall. Ever since the trailer dropped on May 21, fans of ITV’s show can barely hold their excitement. Recently, actor Jim Carter, who played head butler Mr. Carson in Downton Abbey the TV show teased certain plot details on the trailer which remains shrouded in mystery.

The 70-year-old actor said that Downton Abbey, the movie was a slightly thinner experience and that’s because the kitchen staff didn’t meet any of the upstairs staff. Movie making was quicker according to the actor. Jim Carter said that Downton Abbey, the movie was shot in 10-weeks instead of 6 months. The actor further went on to say that the cast was filming separately their scenes, a lot more than the TV program.

The hotly anticipated movie will star the likes of some of the biggest stars such as Hugh Bonneville, Maggie Smith, Laura Carmichael, Penelope Wilton, and Elizabeth McGovern, as well as Dockery and Carter. New faces in the movie will include Imelda Staunton and Tuppence Middleton.

“The King and Queen Are Coming!”, to Downton and the Crawley family are girding their loins for a royal visit. This trailer is marketed under the Focus Features title. In the trailer, we think it’s 1927, the timeline is after the end of the TV series. It centers the royal visit of King George V and Queen Mary to Downton Abbey.