It’s Narumi Momose’s first day at the office, and her only mission is that nobody knows she is an otaku. She is not only an otaku but a yaoi fangirl. And which guy would like to date a yaoi fangirl? At the new job, she has a chance at life when nobody around her would know what she really is. But everything changes when she meets unexpected people at her new job.

There is absolutely nothing better than a romantic comedy with otaku culture. This rom-com doesn’t have a serious, complicated romance like many others; rather, it’s realistic, light, and interesting with a lot of fun. The show is also refreshing on the part of the characters; here, we don’t get typical high school characters. The catch of the show is not the rom-com but how they related it to otaku culture. This makes the show very relatable for all otakus out there. Somewhere every otaku wants his/her partner to have the same interest.

The show’s setting revolves around the office and party restaurants and clubs, showcasing four nerds’ daily lives who happened to cross each other’s way. Playing games together, watching anime, going to cosplay events, and watching these characters having fun together is amusing in itself. It compels you to wish to have friends like them. The comedy of the show is also a thumbs up.

This anime is quite easy and fun to watch. Although it is a little slant towards the adult nerds, it’s watchable for teenagers also. This show is wholeheartedly recommended to every otaku out there, even if you are not a romance anime fan. Especially the otakus who have given up on their love life, do watch this show!!! 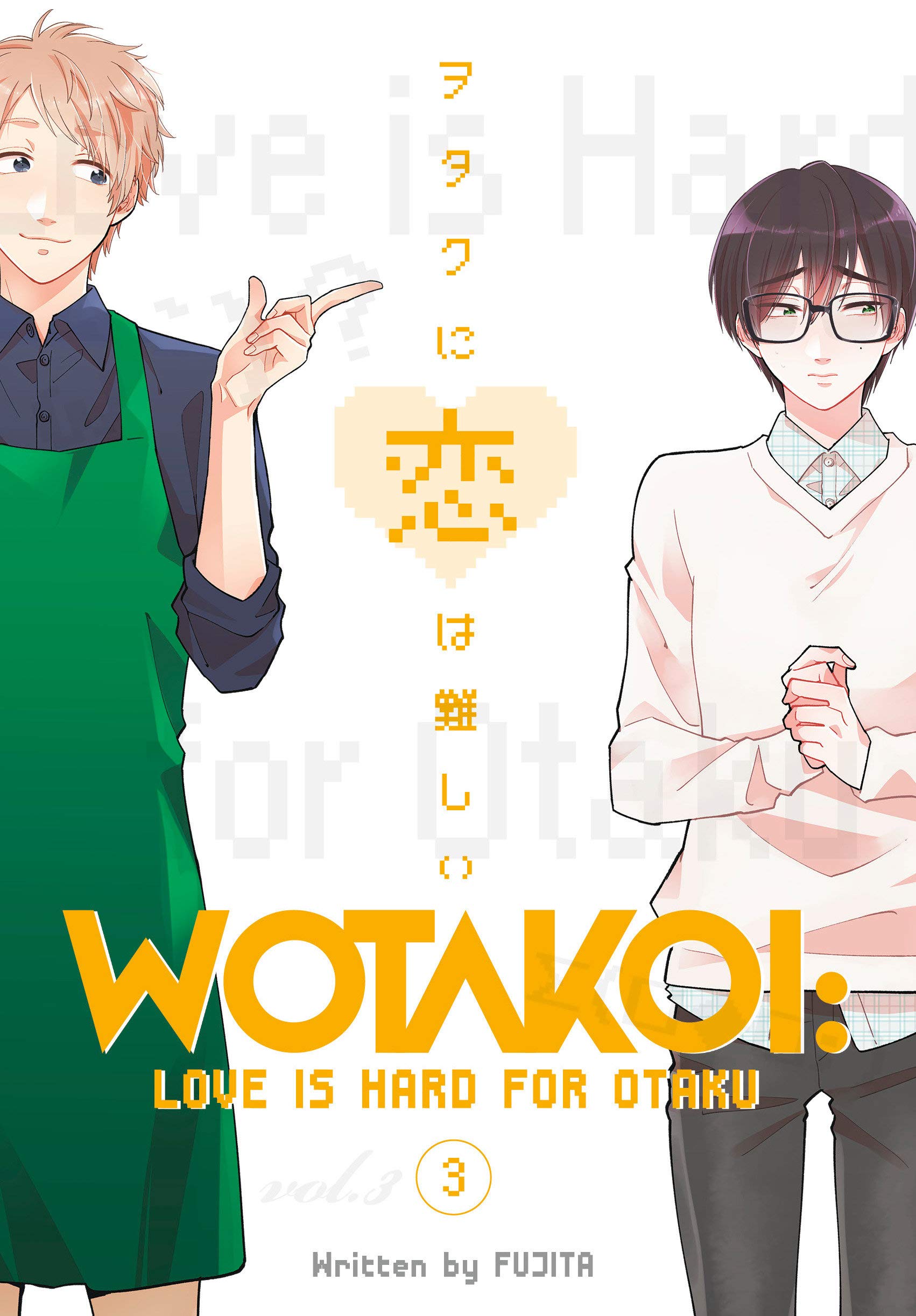 The characters are the life of this show, plus they are so adorable. There are four main characters around which the story mostly rotates. The characters are very relatable—all the fours character showcase different types of otakus. Narumi is yaoi or BL lover, and Koyanagi is a bishounen cosplayer. Hirotaka is a game otaku, and Kabakura is a yuri fanboy.

Narumi, the center of the show, is a very admirable character. Even though she is an office-going lady, she is childish at heart. Most of the jokes are at her expense, but thankfully she is not just a stupid female character—Hirotaka, Narumi’s love interest, and wow! what an ideal boyfriend he is. Kabakura and Koyanagi’s silly arguments and fights make their pair distinct and super likable. The series also has the other two characters Naoya and Sakuragi, who get screen time in the second half.

Along with all the comedy and fun elements, the show portrays how these characters pursue their hobbies and passion for anime, manga, and games in addition to their job and worldly responsibilities. Also, every character has a different personality, which makes them all the more likable.

The art style and animation are good, nothing very unusual here. However, the character designs are good, which suits their overall personality. The rest is visually attractive; also, it has some great interval frames, which show character stats and their information as they show in games! Their chibi avatar of the characters is also very well designed and is quite adorable!