This is the biggest story in the SAO series were a boy and a girl wants to protect the people from the human empire that Rihito and Eugeo tried to protect. The boy wants to become a swordsman to get back what he has lost.

This post will be focusing on the Sword Art War of Underworld Part 2 Episode 1 preview, and summary. This post may contain spoilers of the upcoming episodes you can skip then if you don’t like them. The second part of Sword Art Online War of Underworld will be coming back soon. Let us take a look at more details below. 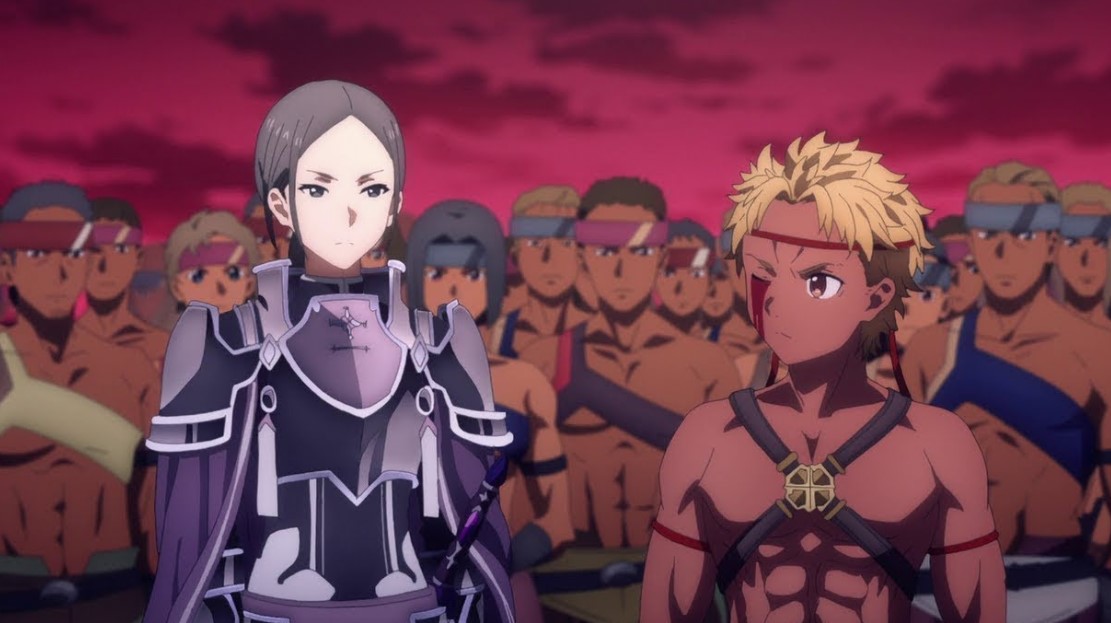 In the underworld, the 20,000 American players begin to attack and slaughter everyone from both armies. Asuna, Alice, Bercouli, Renly, and Sheytafight with the American players. Vecta spots Alice and commanders a Dark Knight’s dragon and flies towards her. As soon as Iskahn’s guild finishes crawling across the ravine, he gets angry witnessing his friends being mercilessly slaughtered.

He grabs the eye, rips it out, and destroys it after the seal of his right eye triggered. He gets furious and wanted to avenge his friends, he jumps across the ravine. Kahn decides to make a deal with Asuna to fight with the humans if she builds a bridge for his guild to cross. Alice moves ahead of the rest of the knights and she finds herself in a dark void and loses consciousness.

Vecta’s dragon grabs Alice and flies off towards the World’s End Altar, with Bercouli chasing them. The Pugilists and the Dark Knights are still fighting with the Americans in the underworld. The decoy force decided to follows Vecta. Back in the real world, Critter prepares to move another 20,000 American players to fight with the decoy force.

Vassago decides to join them again back in the underworld, the Americans surround the decoy force and Sinon suddenly appears and obliterates them.

Peter Grill and The Philosopher’s Time Episode 1 Preview, and Spoilers