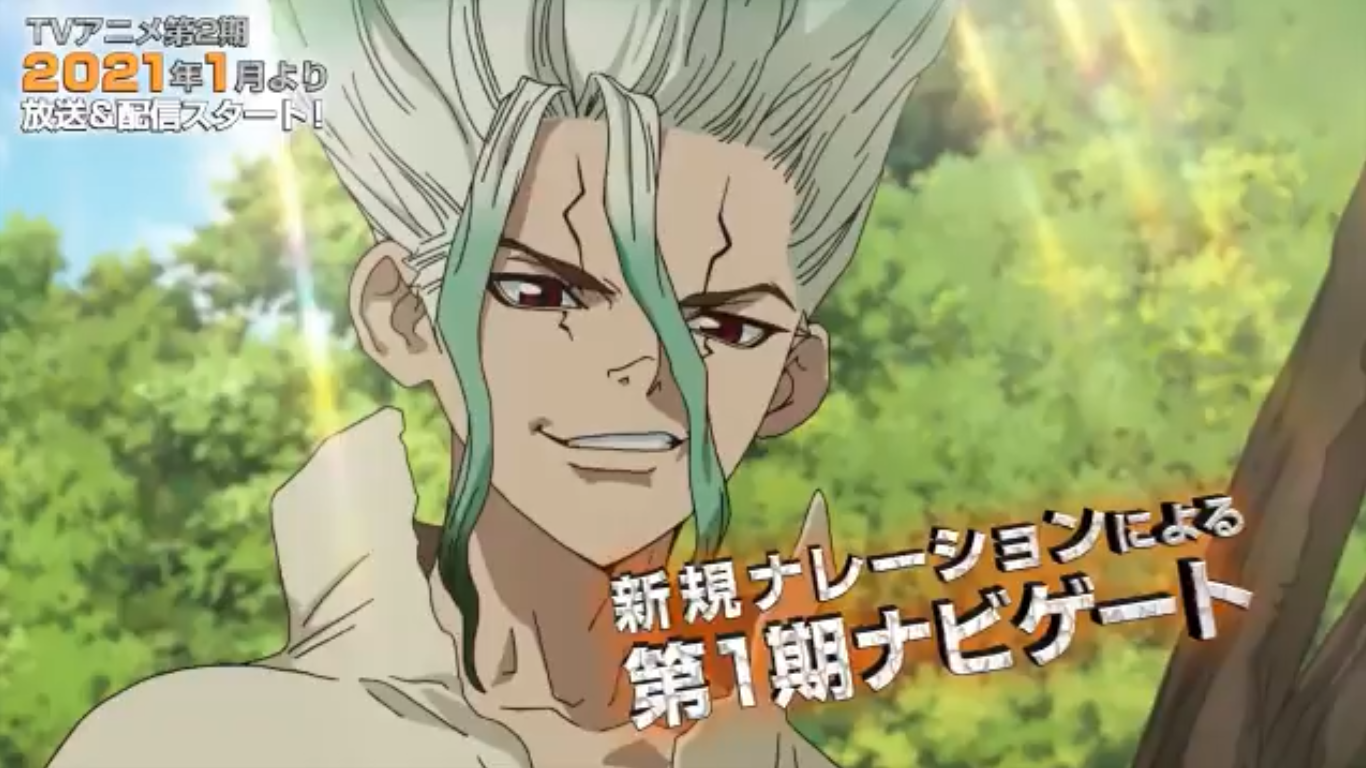 The most anticipated and upcoming season of Dr. Stone has just released its promo video and is available for streaming. On Friday, 10th October the official twitter account for Dr. Stone anime published a promotional video that saw a sneak-peek into Dr. Stone: Stone Wars, or as it is also known: Dr. Stone season 2. The video as already received more than 100 000 views within a few minutes of its publication.

Various news sites also took advantage of this with Animenewsnetwork and the official website for Otaku USA magazine being one of the early sites to share the news.

Dr. Stone Season 2 will be released in January 2020 and Crunchyroll will be streaming the subbed version of the anime globally except for Asian regions. For the Dubbed version, fans will have to head over to Funimation as it has acquired the necessary streaming rights.

The official synopsis of the anime as described by Viz Media was as follows:

One fateful day, all of humanity was petrified by a blinding flash of light. After several millennia, high schooler Taiju awakens and finds himself lost in a world of statues. However, he’s not alone! His science-loving friend Senku’s been up and running for a few months and he’s got a grand plan in mind—to kickstart civilization with the power of science!

The first season of the anime is already available for streaming on Crunchyroll and Funimation handled dubbed versions respectively although the anime made its debut in Toonami in August 2019.