Laal Singh Chaddha, released on 11 August 2022, is a Hindi comedy film directed by Advait Chandan and produced by Aamir Khan and Viacom18 Studios. The movie is a remake of the Hollywood film Forrest Grump which is an adaptation of a novel by the same name by Winston Groom. Eric Roth did the original screenplay, whereas Atul Kulkarni made the adaptation.

Aamir Khan officially announced the film on 14 March 2019. He bought the right to the movie in 2018 with the help of Radhika Chaudhari, a Los Angeles-based producer and director. Amitabh Bhattacharya does the movie’s songwriting, and the music is composed by Pritam.

Laal Singh Chaddha got delayed multiple times due to the Covid-19 pandemic. It was set to release between 2020-2022 but ended up releasing in 2022 due to delayed production. The movie was filmed in around 100 locations all over the country. The film’s budget was Rs. 180 crore, while the film managed only to collect Rs. 90 crore in its first week proving itself unsuccessful.

Laal Singh Chaddha was a simple man having a disability of weak legs. Despite his disability, his mother and best friend, Rupa D’Suza, supported him throughout his life. Laal realized that he could run when some bullies threw stones at his legs, breaking the leg braces.

Laal and Rupa were best friends and often visited each other. One day when Laal visited Rupa, he discovered that Rupa’s mother had died because Rupa’s father physically abused her. The police arrested him for his crimes, and Rupa was sent to live with her grandmother.

Laal’s mother sent Rupa and Laal to Hindu College in Delhi. Laal got into the track, whereas Rupa dreamt of pursuing her career in modeling. Laal joined Army, whereas Rupa went to Mumbai to achieve her goals. Laal made friends with Balaruja Bodi in the army. Bodi proposed the idea of opening an undergarment business after they retired from the army, to which Laal agreed.

In 1999, Laal and Bodi were assigned to the same battalion during the Kargil war. Rupa told him to run whenever his life was in danger. When the Pakistani Army attacked, he remembered Rupa’s words and ran for his life. He realized that Bala was not with him. He returned to him, but as other soldiers were also crying for help, he saved them first and could not save his friend. He also saved the life of a Pakistani commander. The government awarded Laal a medal for saving the lives of 5 soldiers.

Laal wrote letters to Rupa but never got any in return. She was bluffed by a gangster who promised to fulfill her dreams and was forced to be his mistress. When he did not get any letters in return, Laal visited Rupa, where he saw how much she was suffering. He protected her from the gangster by beating him up. Rupa told him to let her be and live his life.

Laal and Bala opened up their innerwear business but didn’t know about marketing. Muhammad Baaji, the Pakistani commander, joined them and suggested naming the brand after a girl to increase sales. Laal named it after his first love Rupa. The brand started to grow all over the country and earned profit. After settling his business in the market, Muhammad Baaji returned to Pakistan with plans to open a school.

Rupa visited Laal but was soon arrested by police because she had connections with a gangster. She was sentenced to 6 months in jail but didn’t inform Laal about it. This event affected Laal’s mental health, and he started running to escape the negativity. People thought he was running for a good cause and followed him. The media covered his run as he ran all over the country.

After getting tired from running, he returned home and saw all the letters Rupa had written. He learned that Rupa was living in Chandigarh with their son Aman. After knowing that Rupa was suffering from an acute illness, he married her. After her death, he raised Aman on his own. 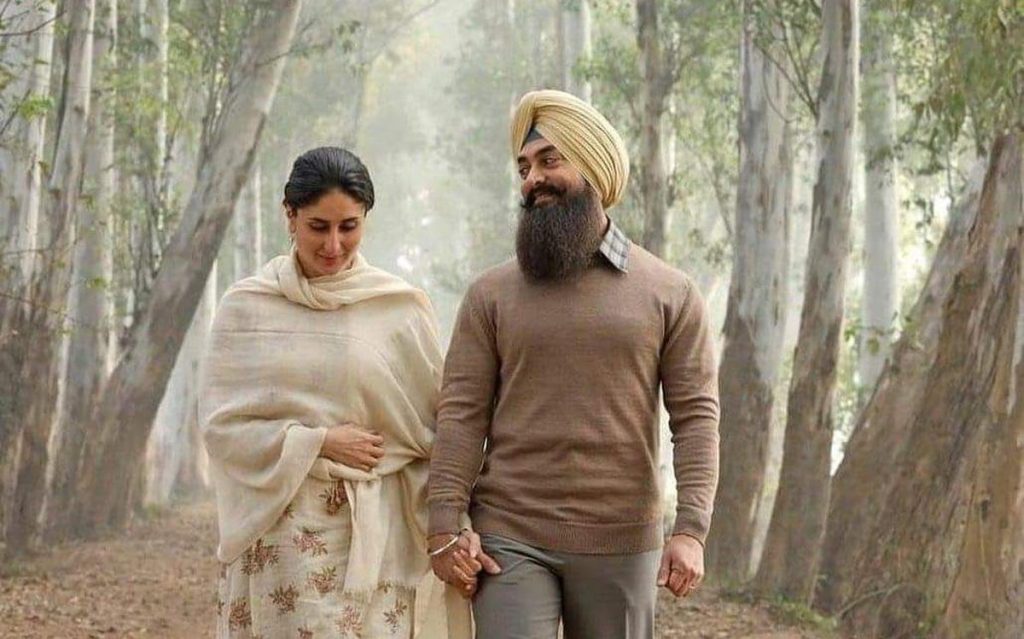 Aamir Khan elevated the tempo of the film with his Punjabi accent with the personality of PK. He did a pretty good job for a Hindi movie but couldn’t match the level of Hanks’s acting skills. If not compared to Hanks, Aamir didn’t disappoint his fans with his pleasant performance.

Kareena Kapoor Khan played the character of Laal’s love interest Rupa. If compared to its counterpart Jenny in Forrest Gump, Rupa is nowhere near Jenny. She had an abused childhood and had PTSD, but Rupa, on the other side, was ambitious. LSC showed Jenny in different limelight in the character of Rupa.

Atul Kulkarni’s screenplay is a lot different from Eric Roth’s. He only adapted the film’s theme as he merged facts with fiction and connected it with India’s socio-political context. He switched Forrest’s chocolates to Gol Gappas and included events like Ram Rath Yatra, the Kargil War, and the Emergency of 1975.

If rated on a scale of 10, LSC deserves 7. The film had a good storyline with quite good music, but it seemed too much in some parts. Even if it couldn’t perform well in cinemas and was a flop, it is doing great on OTT. It is now streaming on Netflix and in the 2nd spot in the Top 10 Non-English movies.