Black Butterflies, known initially as Les Papillons Noir, is a French thriller drama series released on 22 September 2022 on the streaming app Netflix. The six episode mini-series was created, written, and directed by Olivier Abbou and Bruno Merle. The drama is categorized as a mystery, crime, and thriller.

The drama represents the unexplored darkness of the human heart. The negativity of the human spirit cannot be fully understood either it will affect others or the negative self. The story of Black Butterflies is based on this phenomenon itself. The drama revolves around a depressed writer who agrees to write a memoir of a dying man, entangling himself in his dark past.

Nicholas Duvauchelle plays the role of  Adrien. The main character of the series is Adrien, also known as Mody. He is a novelist who hasn’t found success for a long time. He also spent around three years in Muay, Thailand, at a training camp. His life changed when he agreed to write a memoir of a dying man having a murderous past. Duvauchelle has starred in many French films like Le Grande Meaulnes, Braquo, Polisse, and more. 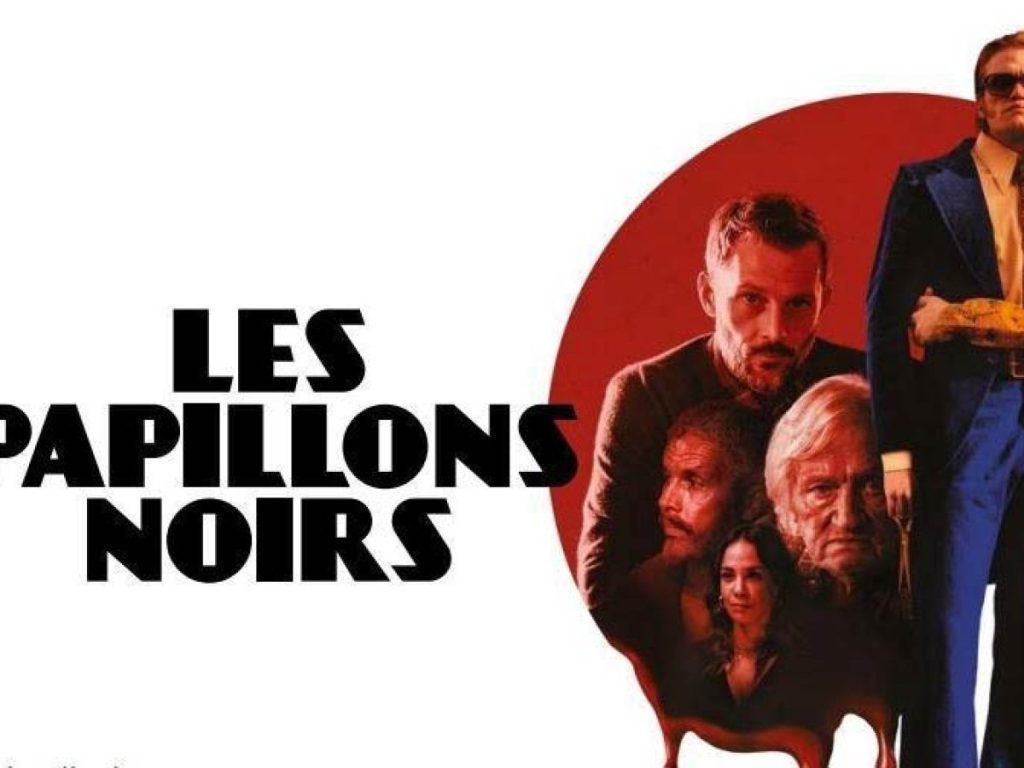 Niels Arestrup plays the character of the dying man, Albert. Albert asks Adrien to write his memoirs, to which Adrien agrees without thinking twice. Adrien was already depressed because it had been a long since his book succeeded. He was facing failure and grabbed this chance. He later got deep into Albert’s past of murders and love. Albert killed many to protect his love.

Alyzee Costes played the role of Albert’s love Solange. She is German and the daughter of a prostitute who lures men for Albert to kill. The role of Adrien’s wife, Nora, was played by Alice Belaidi. Nora is a scientist by profession who worries about his husband’s mental health. Briggitte Catillon portrayed Catherine, Adrien’s mother. She was highly interested in Adrien’s new writing project.

Adrien is a French novelist who is struggling to write. His addiction and imprisonment created a line between him and his writing self. He cannot focus much on writing and hasn’t gotten a hit for a long time. He receives an offer from an old man who promises him to pay a lot for ghostwriting his memoirs. Since Adrian had no work, he agreed to write his memoirs.

Albert told him how he met Solange after World War II. He said he saved her from getting bullied and walked her back home, bonding with them. Albert was happy that he met her because he was considered an outcast in school. Solange also had no friends other than Albert. He said that he and Solange were soulmates.

Solange had a tough childhood as she suffered a lot of humiliation from her mother. Her mother was a prostitute publicly humiliated because of her relations with the Nazis. Solange was attacked many times, mentally or physically but was saved by Albert. He protects her from all the bullying, and she becomes his only friend. When they grew up, they opened a salon together. Albert and Solange often hang out together. Once at a beach, their romantic date turned violent as a man tried to rape Solagne. To protect her, Albert killed the man. This incident led to further killings of men. Albert and Solagne went on short trips all over France, where Albert murdered the men who tried to be intimate with Solagne.

Adrien, naturally, didn’t believe him and thought he was a fraudster. Still, he does his own research on him and finds out a lot of hidden secrets. He digs into his murders and finds out about unsolved murder cases related to him. His research made him believe in Albert’s love story. By searching in his past, Adrien becomes more and more involved in his life and interested in writing a book.

Adrien’s mother supported him in writing the book without knowing the exact source. His wife Nora, more worried about his mental health, steals his manuscripts and starts sharing them with people. He ghostwrote the book as Albert instructed and didn’t disclose his identity. He published the book, which made a comeback for him in the writing world.

The mini series shows us how wild love can be and what things it can make you do. It elevates mixed emotions, which can increase the interest of the viewers. The story has a dual storyline of Adrien and Albert, both seeking equal attention. The creators introduced the stories interestingly in the first episode to fascinate the viewers for later episodes.

The actors did their job right. Nicholas Duvauchelle had done his part well and to the point. His role was most important as he formed the base of the story. Axel Granberger portrayed the role of a murderer outstandingly. His role made us believe that love can be wild enough to commit crimes. Alyzee Costes had an essential part in the series. She developed her character from a shy, timid girl to a fierce criminal, which was magnificent.

The series did an excellent job of showcasing the past and present and their interrelation. The cinematographers did a great job of highlighting every frame and using different colors for history and present events. The editors were a good choice. The calm present was showcased through somber tones, whereas mellow tones were used as danger signs. The series is not for casual viewers and requires attention to understand the plot. Many scenes in the film have their own story, making it difficult for casual viewers to keep up with. It can also seem complex at times; some scenes seem unnecessary and confusing as it makes the twist more complex.

The episodes of the series are of satisfying length and don’t bore the viewers. It has strong character development and excellent writing. The series also received positive comments from critics and is currently in the Top 10 on Netflix in many countries.

If rated on a scale of 10, Black Butterflies deserves 9. The series keeps the audience hooked up and forces them to binge-watch. It lets us explore different sides of human emotions and different meanings of love. It is a must watch for a thriller lover.