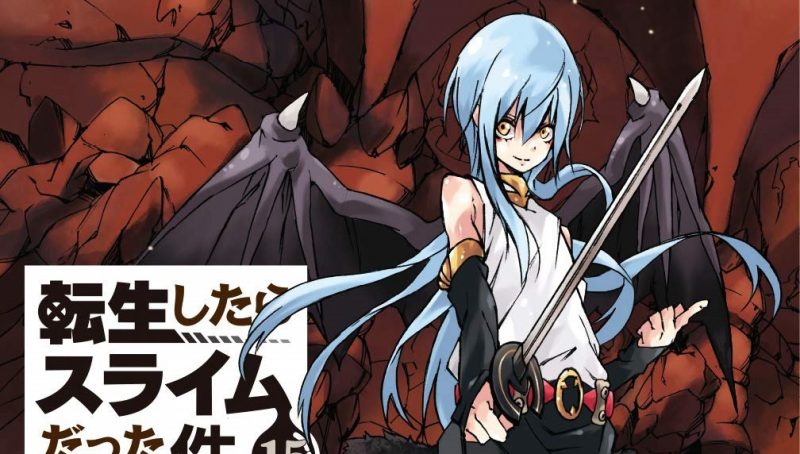 In this article, we will be talking about That Time I Got Reincarnated As A Slime Chapter 66 update and Spoilers. So from the latest chapter, Gerudo completely overwhelmed Shogo as Razen initially mistaken it for an Orc lord upon his arrival. After realizing he was a calamity level monster, he realized that it wouldn’t be a good idea to fight him in his situation. He then planned to rescue Shogo as he pointed out that Shogo is a valuable person to him. Raizen then left as Hakurou noted that stopping him would’ve come at a greater cost as he promised Razen that he has angered one man he shouldn’t and that he probably won’t survive his next battle as he will be fighting against Hakurou’s master.

When Razen returned to his camp, he revealed that he sent Shogo to fight as a means to make him stronger so that they can harvest his strength, and Folgen had already reached the limit of his powers. Razen then used mind destruction on Shogo as he was already weakened and managed to transfer himself to Shogo’s body successfully. Rimuru tempest then attacked the army of the Farmus Kingdom as he mentioned that those who invaded his territory would have to pay with their lives. The army was destroyed instantly with only the corpses left leveling the grounds; this then brought us to the end of Chapter 65 as it builds a lot of suspense for the upcoming chapter.

With new chapters released approximately every 15-20 days, it is likely that Chapter 66 would be scheduled for a release on the 18-23 December 2019, where it will reveal what would happen next as Hakurou’s warning to Razen seems to be approaching. And when we consider that Razen had acquired a new body and that he set out to meet the king, then this tells us that a much bigger battle is about to begin.

That Time I Got Reincarnated As A Slime Manga began its serialization from 2013 to 2016 on the self-publishing website “Shosetsuka ni Naro” and was later acquired by Micro Magazine producing a total of 15 volumes by September 2019. The anime adaptation aired from October 2, 2018, to March 19, 2019, on Tokyo Mx and other channels. The second season of the anime has been announced as it is scheduled to air in 2020 with the exact time and date not yet disclosed.

We have unconfirmed reports that the chapter might be getting delayed up to one to two weeks, due to Christmas. We will keep you posted if there are any changes to this.