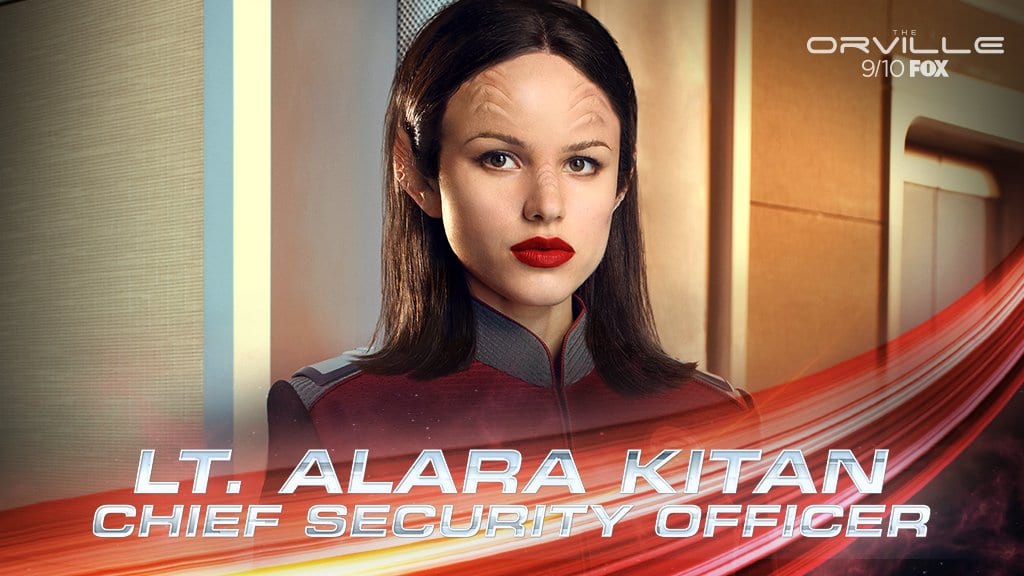 Before we move on to the main topic, let us take a look at the cast of the show. The cast of Orville includes the following:

Now coming back to the main topic, Is Alara / Halston Sage leaving The Orville Season 2? There has been a lot of speculation going online one wheater she is leaving Orville for good for not.

During the production of Orville Season 2, she was not seen much on the set in Los Angeles. Halston Sage was in the first season of the show, and she did show up in PaleyFest in March 2018, and at the Fox Upfronts in May 2018, along with the other cast of the Orville.

Last year in May it was announced that Halston Sage had joined the cast of Netflix’s romantic comedy film The Last Summer and it was in the production in 2018 at the same time of the production of The Orville Season 2.

It is impossible for Halston Sage to be at two places at the same, The Last Summer and The Orville both were shooting in the different cities, and she cannot make it. Jessica Szohr joined the cast for the second season of The Orville, and she will be playing a Xelayan security officer, like Sage’s Alara Katan.

My conclusion on this is, she will leave the show for the time being as a temporary, and she will come back in the future or the third season. That is all the information we have for now.