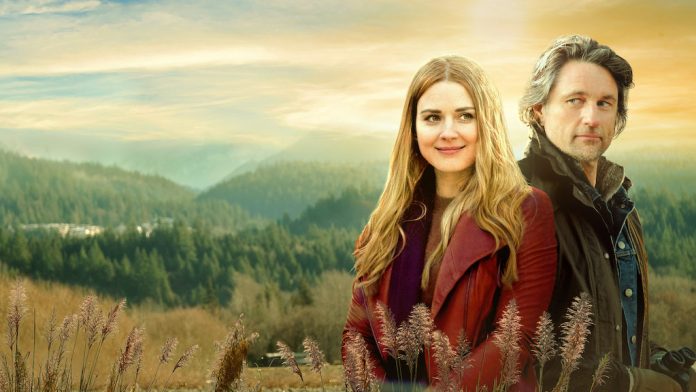 Finally, the confirmation knocks in. Virgin River gets season 2. Hell yeah! The perfect Christmas news for all the fans.

The official information was released yesterday, on 20 December 2019, by a tweet from Netflix’s twitter handle See What’s Next with a video of the lead stars confirming that there is more to the story!

#VirginRiver has been renewed for a second season and the cast — not to mention Martin's dog — is very excited about it! pic.twitter.com/BI7ieZ4Kxd

What Is It About?

The show is based on Harlequin book series authored to Robyn Carr. Also, it is important to inform that there are 20 books in the series Virgin River, which were highly successful, and is also New York best selling tagged.

Here is the series synopsis: Melinda Monroe answers an ad to work as a nurse practitioner in the remote California town of Virgin River thinking it will be the perfect place to start fresh and leave her painful memories behind. But she soon discovers that small-town living isn’t quite as simple as she expected and that she must learn to heal herself before she can truly make Virgin River her home.

The paragraph has everything written about the show, but I would suggest that it is more fun to see the story and the characters. The cast members such as Alexandra Breckenridge, Martin Henderson, Tim Matheson, Annette O’Toole, Lauren Hammersley, Colin Lawrence, Daniel Gillies, and Jenny Cooper will take you to a beautiful journey you would never think of giving up.

When Will Virgin River Season 2 Release?

The first season was released on 6 December 2019, and it was 10 episodes long. Now that the show is returning for another season, we expect similar number of episodes. Also, it might also release in December 2020, around Christmas if Netflix does not want to experiment and drop it in another slot.