WoW Classic Updates And All We Know So Far

WOW us coming out in 2019, and of course, fans are very excited for its release. We already know some really interesting stuff about the game, and we will be sharing all of it with you guys in this post. Let’s get started.

At Blizzcon 2018, WoW classic got a massive and that was thefor the game being announced to be sometime in 2019.

We weren’t provided with an exact but what they did tell us was that it would happen sometime around Summer 2019. Furthermore, it was revealed that WoW Classic is going to be a part of active World of Warcraft subscriptions, which is awesome for news for any fan of the game. 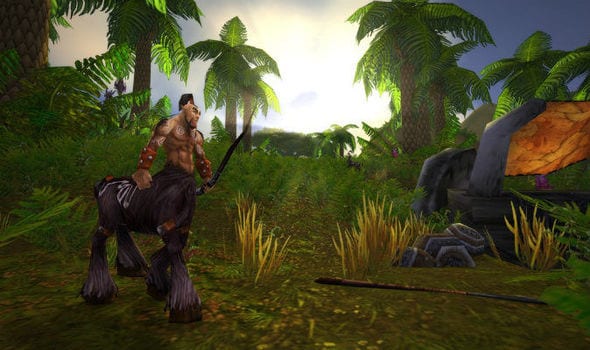 Blizzard has had a lot say about the game so far, and it seems their primary aim with WoW classic is to restore and recreate the original experience of WoW, which a lot of fans have been complaining about very often. They also let us in on what to expect from WoW Classic:

“Aid Mankrik on his tragic quest in an era before the Barrens was sundered in two; raid Molten Core with level-60 heroes’ original abilities and talents; regale the inns of Azeroth with tales of PvP at Tarren Mill; and much more.

“Play with the conveniences of modern Blizzard Battle.net and WoW technology such as Blizzard friends lists; select UI improvements; enhancements designed to ensure stability and fair play; and all the latest under-the-hood engine updates to support players’ current hardware.”

Everyone is excited about the game. There was a demo available to play on November 18, and it seems to have gotten positive reviews. Although the fans weren’t able to see everything since functions were limited, they were able to get a good grasp of what this game as actually based on, and if it did get to the roots of WoW at all.

It seems like that is indeed the case, and I’m sure those of you who haven’t played the demo yet want to get your hands on it as soon as possible. The wait isn’t long; we just have to get to Summer 2019.

Are you excited for WoW classic? Let us know your thoughts in the comments section!

We are now approaching towards Summer, and we are getting a very little details about the game. Still, there is no confirmedavailable, which is disappointing. But do not get too sad, as we have got some interesting information about the game.

Recently, community manager Kaivax did a post to clear all the rumors that are being spread on the cyberspace about the game. One of the major highlights of the post was that it is supposed to work on 1.12 patch, which was evinced last year too.

He also said that they are still working on how PvP elements will work, which means the game is under work and they are trying to figure out a way to sort everything out. Well, I hope the game will be worth the wait, and the expectations are too high for it.