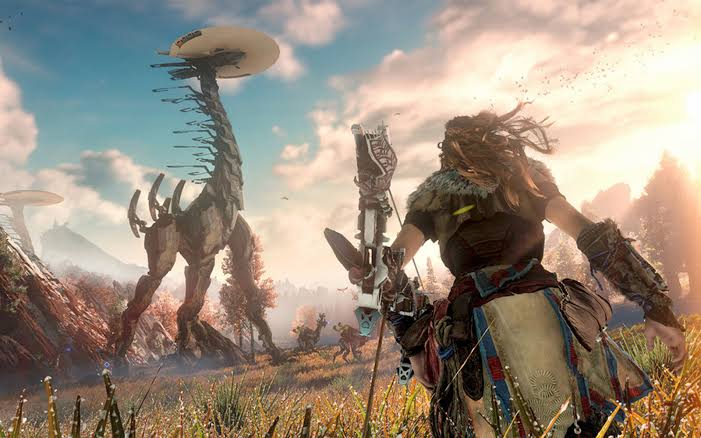 Horizon Zero Dawn is a well-known game for PlayStation, which is super popular among fans. This is a game by Guerrilla Games. It is a roleplaying action game. The publisher of this awesome game is Sony Interactive Entertainment. This game was launched in 2017, and finally, it will be arriving on PC this year. I am going to share with you Horizon Zero Dawn PC other essential details with you guys.

Horizon Zero Dawn is coming to PC in the middle part of 2020. To be exact, it will be released in the second quarter of 2020. The Director of this game is Mathijs de Jonge. The producer of Horizon Zero Dawn is Lambert Wolterbeek Muller. The programmer of Horizon Zero Dawn is Michiel van der Leeuw. Michiel van der Leeuw, Jan-Bart van Beek, John Gonzalez, Ben McCaw are the artist, writers, and composers of the game, respectively. Jori’s de Man, The Flight, Niels van der Leest and Jonathan Williams are composers of this game. Decima is the engine of the game. This is just a single-player game and not a multiplayer one.

The game is set in the 31st Century. In this day and age, humans are under the control of machines and have limited access to technology. They live in small tribes. Derangement is the reason that machines start to attack human beings. The game features three main tribes known as The Carja are those worship the Sun and are desert-dwelling city builders, The second tribe is known as The Nora, who worship nature and are fierce hunter-gatherers who live in the mountains and The Oseram are tinkerers known for their metalworking, arguing and brewing. The development of this game started back in 2011. The game had a budget of over €45 million. The latest edition containing all the updates known as The Complete Edition, which contains the base game, The Frozen Wilds, and all DLCs, was launched in 2017 December. Now that the PC gamers are getting this game seems like a piece of awesome news. Do mention your thoughts regarding Horizon Zero Dawn coming to PC in the comments section down below.