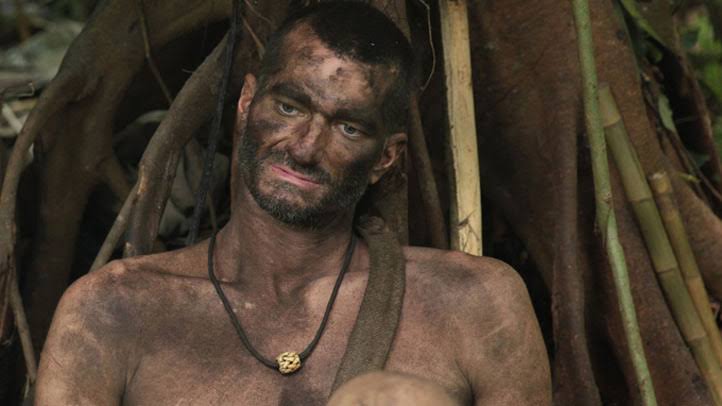 Naked and Afraid is a reality show that airs on the Discovery channel. So far there have been a total of 11 seasons that have aired and seemingly 12th Season is on its way. The show has a simple plot as a man and a woman are left in a jungle to survive without any supplies. I’ll be discussing Naked and Afraid Season 12 update and all the other details in this post. This post also contains some possible spoilers, so if you are not cool with reading spoilers then stay away from this post.

Each episode has two different participants in it and they are sort of left stranded on an isolated island with only small supplies like camera, etc. Also, each participant is allowed to bring just one item of his/her choice. The camera crew is also present in the surrounding which is not allowed to intervene except for medical emergencies which sort of spoilers the whole fun of it being a reality show altogether. There is also I quit option for those who just cannot take on the challenge.

A person’s survival instincts are tested to their fullest. Even though it seems absurd that why ware humans trying to live like early humans even in this day and age but people like what they like even if it is absurd and wrong. So, now that the basic details of the show are out of the way, we will now talk about the main topic, which is Naked and Afraid Season 12 update.

Naked and Afraid Season 12 is expected to come out sometime in 2021 if renewed. Naked and Afraid Season 11 aired from December 2019 and is scheduled to end in March 2020. There has been absolutely no word on the Season 12 so far. There has been no news regarding its renewal details and other things but it is very possible that the Season 12 will be renewed for certain. This is because the show is very popular among its fan base and so it is very much possible that the Discovery Channel will be renewing the show for certain.

The show is a reality-based one. Origin of the show is from the United States of America. The total number of episodes released so far is 118. Executive producers of the show are David Garfinkle, Steve Rankin, Jay Renfroe, Denise Contis and Joseph Boyle. The runtime of each episode of Naked and Afraid is 42 minutes. Renegade 83 is the company producing the show. It airs officially on Discovery Channel. Naked and Afraid show was first released in 2013 and the show is still going strong.

Casting call for the show was announced via Discovery Channel’s Twitter handle in July 2013 which was a nice way to spread the word. There have been some question marks regarding how real this reality show actually is? Former contestants have come forward and created some controversies regarding the realism of the show. They have said that the ‘Isolated Islands’ on the show aren’t as isolated as portrayed which is the backbone of the show. In addition to this, some contestants are given energy fluids to keep ongoing behind the scenes. This makes the image of the show worse than it already is, there has been pretty hard-hitting criticism regarding the realistic nature of the show with many claiming the show is just making money out of fooling people.

Due to this, I am certain that many fans of the show might have already abandoned watching the show because the real selling point of the show is that it showcases people on an isolated island (which is claimed to be fake) trying to survive without any kind of help (which also seems fake as they are being given energy fluids to keep going). While some aspects of the show seem fake but some remain to be true, the point is at least the selling points shouldn’t be fake which has made the show a very controversial one. Nonetheless, some people really like the show and I’m sure soon Naked and Afraid Season 12 will be announced. The show won’t stop filming because people watch it and they earn a lot of money from it even the main realistic idea isn’t entirely a reality. Do share your thoughts regarding Naked and Afraid show with us in the comments section down below.