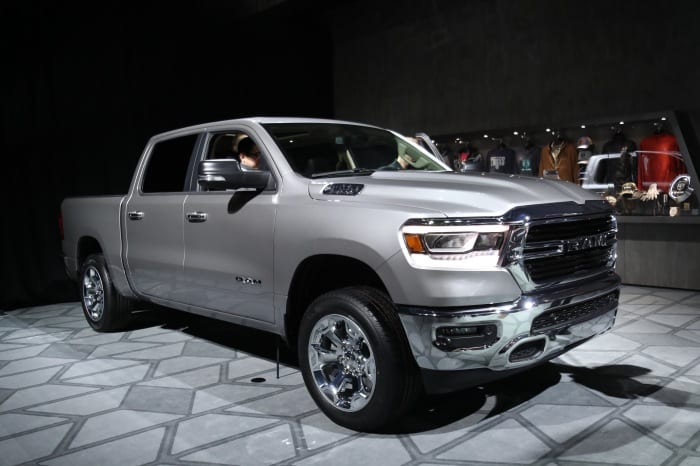 Ram 2500 is a monster as it has turbo-diesel inline-six with its mind-blowing round four-figure torque rating. It doesn’t stop there, as Ram as changes the interiors and added new technologies to make it a modern monster.

The company has stacked it’s HD powertrains again of 2019. The 5.7-liter V-8 is gone, this leaves the 6.4-liter V-8 410 horsepower, 429 pound-feet of torque which is mated to a ZF eight-speed automatic as the only gasoline option.

The basic unit is rated at 370 horsepower and 850 pound-feet and gets bolted to an upgraded version of last year’s six-speed automatic. On the other hand, the headline-stealing 400-hp, 1000-lb-ft engine is getting an Aisin six-speed automatic prepped for battle with a larger thrust bearing and additional heat treating for specific components.

According to Ram, the frame is built from scratch, the 98.5 of the frame is made from high-strength steel. Many other improvements are made to the front as well as the rear axles which increases its capability and durability. As for the acceleration, 3500 has a 22-foot-long crew-cab ICBM-delivery rig with dual rear wheels. Even with a 17,540 trailer on its back, the Ram can easily pull it without a problem.

Moreover, a smart mode lets the driver select his desired downhill speed by tapping the brake. It maintains the that speed until the driver resumes control by legging the accelerator again. In this battle Ram might won but the war is still going on as Ford and Chevy are coming up with something. There isn’t a specificfor Ram, but it will release this year. There are some more details about Ram including the price right down below:-