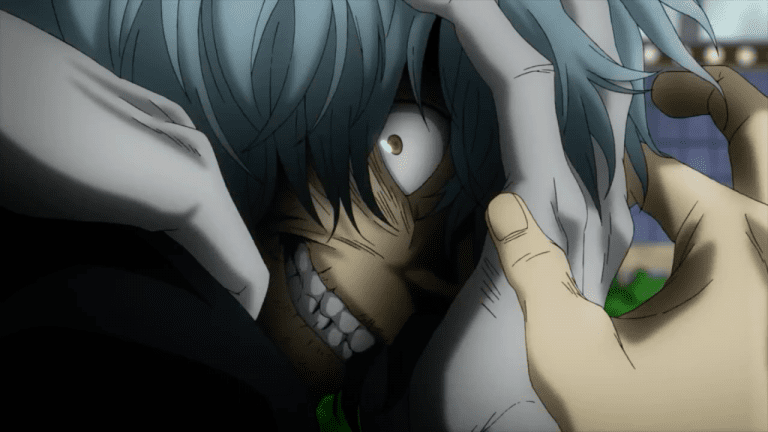 My Hero Academia Chapter 223 was probably the best one that we’ve seen so far in this arc. I really enjoyed it, and to be honest, I expect the rest of the arc to be equally as good. Shigaraki had been offscreen for too long, and in my opinion, he needed this time that he’s getting. I do wish that we see more of the heroes too, but Horikoshi is doing the best he can, and I think that he’ll do this arc justice. Anyway, let’s get to discussing the spoilers for the next chapter of My Hero Academia, shall we?

Before we begin, please note this post will contain official spoilers from My Hero Academia Chapter 224. If being spoiled is not for you, I suggest that you stop reading the post here. However, if spoilers don’t bother you, we can get started. Also, note that we did not create the spoilers or leaked them. They’re available all over the internet.

So, the chapter has a huge plot-twist, and at the same time, excitement as well. Shigaraki talks to ReDestro and tells him to hit Gigantomachia. The character who appeared in chapter 219, named Slide N Go is apparently a member of the Meta Liberation Army as well, and he’s the one who leads the League of Villains to Deika City, and once they do get there, they are under attack by the Army. It seems that ReDestro wasn’t joking when he said he had 100000 men under him. 90% of the population of the city are members of the Meta Liberation Army. The League of Villains then head towards the tour where Giran is in, but midway, we get to see Toga fight against Kizuki, who was introduced as a member of the Meta Liberation Army too.