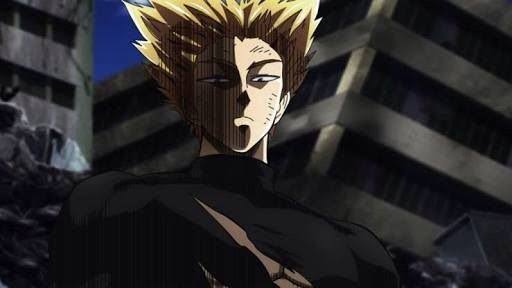 One Punch Man Season 2 has already begun airing, and it opened last week and received a very mixed reaction. Some, who don’t really care about the animation, direction, and stuff all that much didn’t seem to be bothered by the episode. Others, who see these things as problems complained that the episode didn’t look anywhere as good as it should have. The wait for the second season was about 4 years, and surely we deserved better? But, it is what it is. In this post, we’ll be talking about One Punch Man Season 2 Episode 2 spoilers, so let’s get started.

Before we begin, please note this post will contain official spoilers from the One Punch Man anime. If being spoiled is not for you, I suggest that you stop reading the post here. However, if spoilers don’t bother you, we can get started. Also, note that we did not create the spoilers or leaked them. They’re available all over the internet.

The second episode of the season is titled, “The Human Monster,” and we’re going to see a lot of Garou in it. Towards the end of the last episode, we saw him looking at the prophecy and showing how excited he was at seeing it. His attention will be completely on it in the next episode, and we’ll see him take on the heroes very soon as well.

I think that the next episode of the show will focus on the Heroes vs. Thugs vs. Garou fight. Over at the side of our protagonist, we’ll see Saitama run into Fubuki, which is pretty obvious for those who have watched the previous episode. At the same time, Genos will also be enjoying some fighting time, and I think he’ll take on Sonic. I’m very excited for the next episode, but I’m also expecting a further drop in the quality of the show.

One Punch Man Season 2 Episode 2 ais on April 16, 2019. The episode can be streamed on Funimation or Crunchyroll.