The Wizards of the Coast have finally unveiled their newest additional set which is called has Modern Horizons. It is aimed at the Modern format, and this new set will bring a lot of new cards as well as reprints. This announcement was made during the official Magic: The Gathering stream on 28 February and it will be a large set. Keep in mind, none of the cards in Modern Horizons will be legal in Standard. During the live stream, the company revealed that there would be 249 new cards in the set and five reprinted cards. 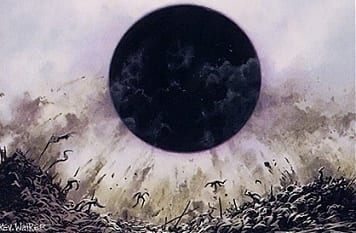 This is low but these are cards that were released before 8th Edition, and because of this, these cards will be entirely new to the modern format but still are reprinted cards. The real gem of this set was shown during the stream which is Cabal Therapist and Serra the Benevolent.

As for this set is to be released on 13 June for Magic Online players and 14 June for paper users. And if you can’t wait that long, you can get your hands on this by partaking in pre-release events between June 8-9. Moreover, there has been no word if Modern Horizons will ever make it to MTG Arena. There hasn’t been any news on the price of this set but I think it will be around $10, but the cost of the booster packs of Modern Horizon will run $6.99 on Magic Online.