God of Highschool story begins with a typical shonen story of a young fighter who is intrigued to participate in a tournament to find the best fighter in all the high schools in Korea. Although the anime is based on a webtoon, the shonen style of anime is throughout. Mori Jin enters the tournament and realizes that there is a lot more going on in this tournament than it initially seemed. Looking at the popularity of the first ‘manhwa’ adaptation called “Tower of God”, people were hyped when the anime of ‘God of Highschool’ was announced.

The second episode aired today and as usual, the episode wasn’t even a second boring, you just watch the episode and you will forget the time and when the episode got over. 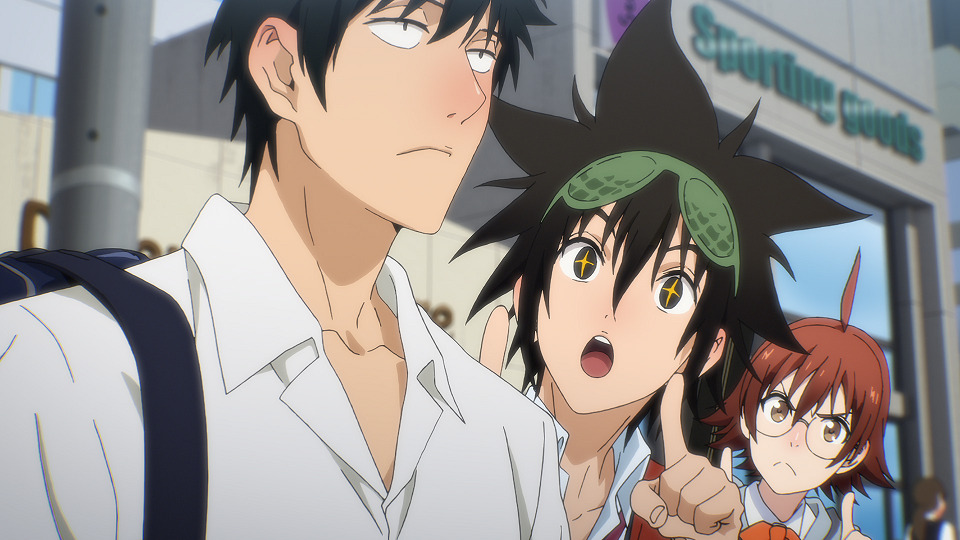 Now we’re going a little back in time to 1986, when the legendary anime ‘Dragon ball’ came into the anime game, anyone who doesn’t know anime, surely knows what or who is ‘DBZ’ or Goku is, there was no competition for the anime at the time DBZ came, (20 years back) everything thing has changed the new arrivals just coming like ‘you Yuu Hakusho’ and ‘one piece’ these two anime are still popular till today’s date, but till these anime came ‘DBZ’ came out, it was impossible to take down the DBZ at that time and now also.

Dragon Ball is now an anime that we surely can define as the “greatest shounen anime ever” Dragon Ball has made its name in the anime community as the “king of shounen” and there is no doubt that dragon ball isn’t the king of shounen.

As watching the ‘god of high school’ I thought the anime has some potential to make someplace in the shounen category, as we look at the anime and manhwa.

I find some similarities between these two shows, let’s divide it into 4 parts.

We are already in the 2nd episode of ‘God of Highschool’, even from 2 episodes anyone can predict the future episode’s fight scene, the amazing work of studio ‘MAPPA’ on the choreography and action scenes can make your day.

Fight to become a god

As the name of the anime suggests, the question comes ‘who will become the ‘god of highschool’, to become one you need to be powerful and that’s where some supernatural and overpowered stuff comes in, it will have sometime’s where you’ll be watching and thinking that ‘ is this character overpowered?’ so be ready for it

As of now, the manhwa has more than 470 chapters and of course, it’ll have lots of characters as the story moves forward.

This is to become the god of high school and it’s not gonna be easy for the protagonist. It’ll have lots of action scenes and fun adventures.