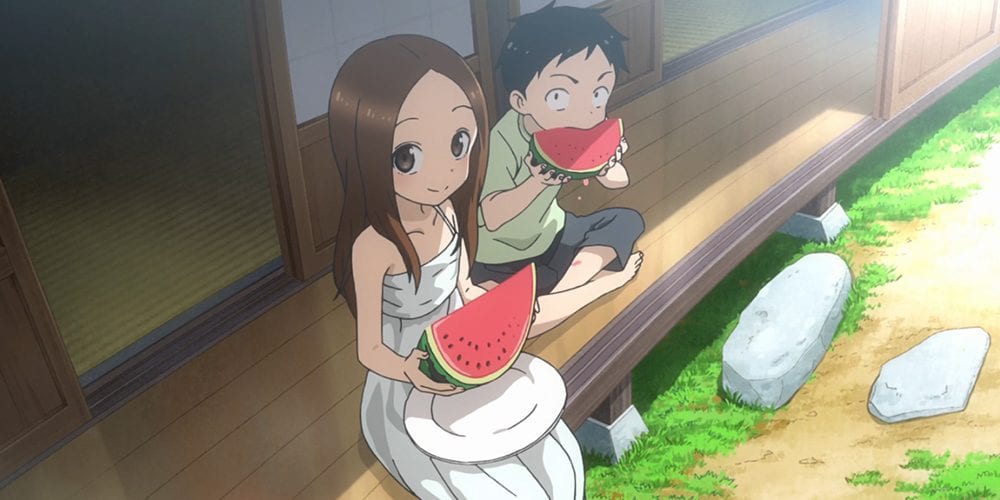 Karakai Jouzu no Takagi-san is based on a lighthearted comedy manga by Soichiro Yamamoto which is currently being printed in Shogakukan’s Monthly Shonen Sunday. Its story revolves around a particular middle school there is a young boy named Nishikata sitting next to the girl Takagi-san, who keeps teasing him. Even though he tries to tease her back, she usually sees through his methods. The seasons now have changed, and they are in the second year. Will he be able to tease her back finally…?

The first season of this series aired on Japanese TV from January to March 2018. This new trailer features the opening theme ‘Zero Centimeter’ by Yuiko Ohara. The second season of Karakai Jouzu no Takagi-san first aired on July 07, 2019.

Karakai Jouzu no Takagi-san season 2 episode 2 is scheduled to air on July 14, 2019. One can watch this new season of Skilled Teaser Takagi-san 2nd Season on Crunchyroll.