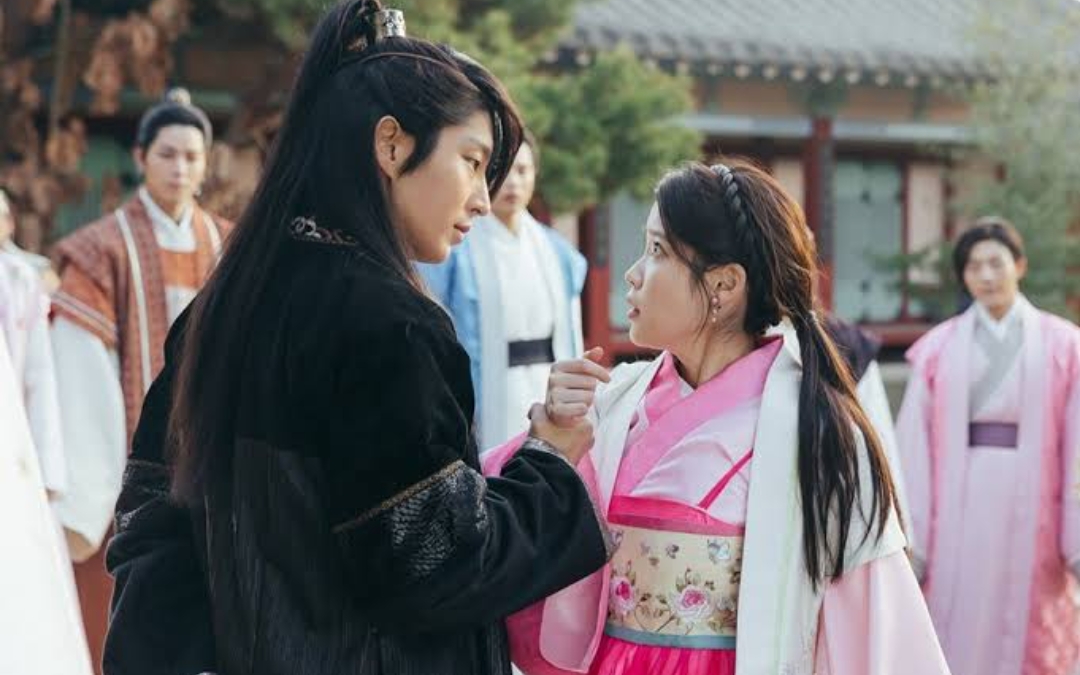 Apart from the storyline, acting performances, cinematography, and the execution of the plot, what aids in making a K-drama worth the watch is the musical score and the show’s lineup of original soundtracks (OSTs). The presence of good OSTs in a show helps the viewers to feel the depth of the ongoing situation of the lead characters and help us get associated and attached to them, providing an overall great watching experience. The soundtracks from Kdramas are exceptionally popular because of how appealing and captivating they sound, because of which, the viewers cannot help but go back to watch the music videos on YouTube again and again.

Here is a list of the top ten most-viewed music videos of original soundtracks from Korean dramas that have been loved by a majority of listeners. Moreover, they keep coming back to them in order to reminisce their favourite moments, owing to which the view count has risen up to several million. So let’s get started with it.

One of the most sensational K-drama OSTs of 2020, ‘Sweet Night,’ has been composed, written, produced as well as sung by Kim Taehyung from BTS, better known by his stage name, V. The song was initially created to be a part of his mixtape, KTH1, but he ended up presenting this song to one of his Hwarang co-stars and friend, Park Seo-Joon who has played the role of the main protagonist in the drama, ‘Itaewon Class.’ 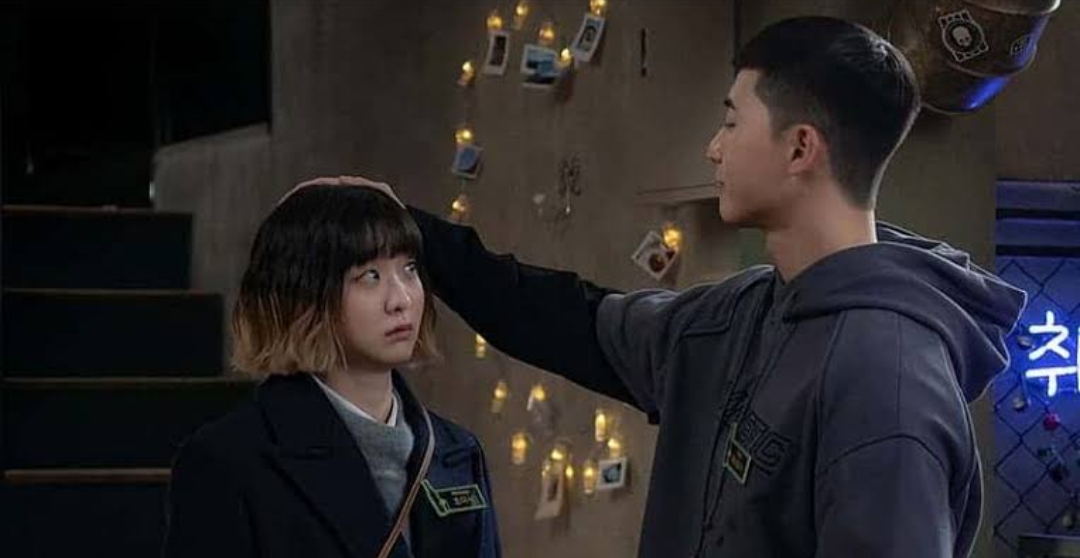 The deep voice of the singer, accompanied by the warm melody and the gradual fading of the whistling at the end, sung over the tunes of an acoustic guitar— is enough the capture the hearts of the listeners. Not to mention the background feminine vocals by Adora, without whom the song would not have created such an impact. The lyrics perfectly reflect the emotions of the male lead, Park Sae Ro Yi, for his love, and since it is entirely in English, even the international fans can understand them without any extra effort.

Another amazing track from the webtoon-based drama, ‘Itaewon Class,’ ‘Start Over’ is a motivational song that reflects the idea of never giving up on your dreams. In case you ever feel demotivated, you can immediately listen to this track and feel a ray of light in your life. The song never fails to give goosebumps to the listeners owing to the beautifully conceptualised video as well as the relatable lyrics. Coming to the music video, it successfully manages to keep the viewers hooked till the very end as the storyline of the series gradually unfolds. 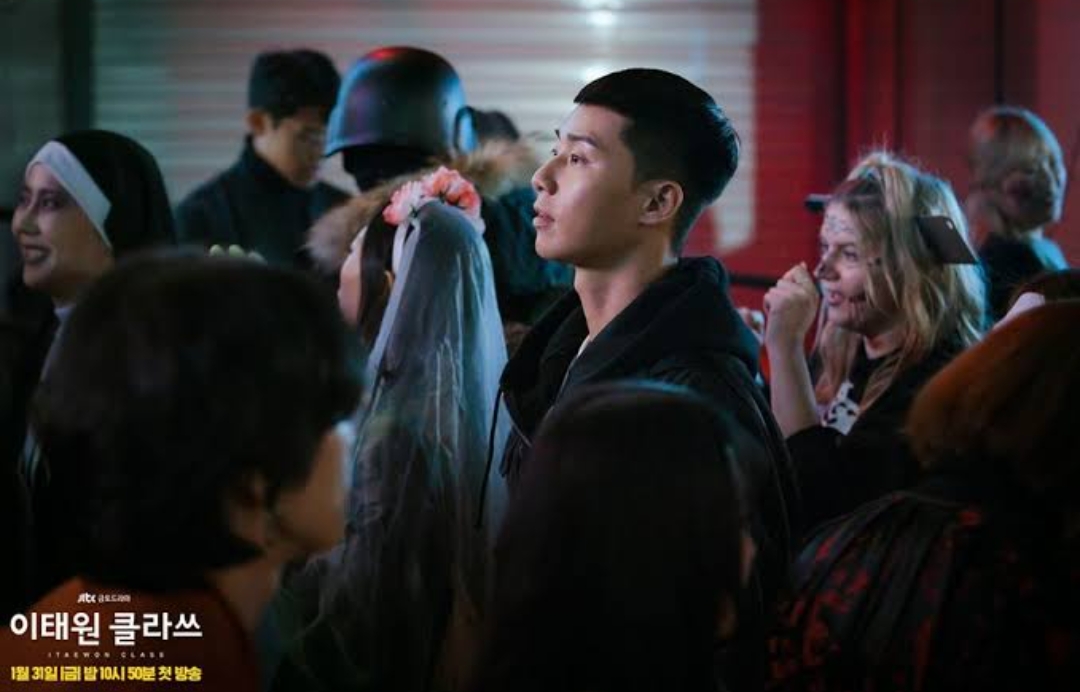 The song beautifully matches the theme of the drama, encouraging the viewers to start over and over again until they make it just as Sae Ro Yi did and always live with aspirations. The exceptionally good vocals of the singer and the high-pitched tunes have definitely made the song one of the vital elements of the show, without which it would have seemed incomplete.

This beautiful romantic track has been sung by three of the most talented members of EXO— Chen, Baekhyun, and Xiumin, for the historical drama ‘Moon Lovers: Scarlet Heart Ryeo,’ of which Baekhyun was a part, playing the supporting role of the lively and playful youngest prince of the royal family. Although you might have already been convinced that the track is a must-listen because of the artists, we are still going to provide you with more reasons.

Even if the drama has a historical setting, most of the songs on the album have been inspired by modern K-pop, and ‘For You’ is not an exception either. The exceptionally chilled vocals of the singers, along with the beautifully created music video, providing a small glimpse of the heartbreaking tale of the leads, is not something that you would like to miss. The show also features Lee Joon-gi and Lee Ji-eun (IU) in main roles supported by Kang Ha-neul, Nam Joo-hyuk, Hong Jung-Hyun, Kim San-ho, Yoon Sun-woo, and Ji Soo. 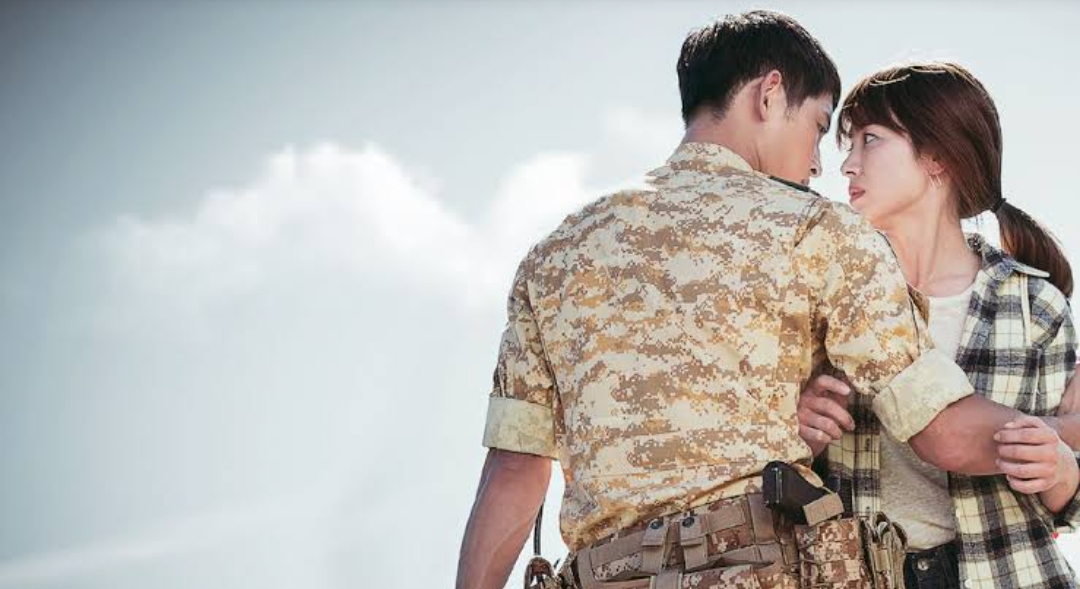 Let us provide you with a warning in advance that the list contains quite a handful of tracks from this legendary Korean series, ‘Descendants of the Sun’ starring the former couple, Song Joong Ki and Song Hae Kyo in lead roles. The song forms one of the first tracks to be served as the background music of the drama. The song has a medium pop style sung over rhythmic guitar sounds and piano lines with a whistle theme which overall helps in making it sound very flattering to the ears. If you are in a cab alone with just your phone and a pair of earphones by your side, play this song on repeat at a relatively higher volume, and you are good to go. The music video depicts the great passion and love that Captain Yoo Shi Jin has for his girl, giving away some positive energy, delivered by the catchy vocals of the singer.

Artist: Yoon Mirae
Drama: Descendants of the Sun (2016)
Views as of writing: 77 million+

‘Always’ is the first track of the 2016 drama, ‘Descendants of the Sun,’ performed by one of the most groundbreaking female hip-hop artists of South Korea, Yoon Mirae, who, as a talented balladeer, has carried this heart-warming song. The tunes of the acoustic piano stand out the most throughout the run, accompanied by the harmonies of a 20-member orchestra. ‘Always’ has charmingly captured the feeling of being in love while the lyrics promise to be together with each other forever, setting the major part of the tone of the series—no wonder the fans of the series keep going back to watch the music video.

It seems as if even actor Song Joong Ki has a special place in his heart for this soothing number, for he has been captured singing this song his heart out to his fans on multiple occasions. Back in 2016, the song was shown appreciation with an award for the best OST in the 8th Melon Music Awards.

Not only did the series stand out as one of the highest-rated tvN Kdramas of 2016 by dominating the television views, but the OSTs also did not fail to top the music charts in South Korea. The album is undoubtedly worth all the hype and praise that it has been getting for half a decade with all the catchy lineup of songs. One of the most popular tracks of the show is ‘Beautiful,’ played during the adorable and romantic scenes. The amazing use of instruments, along with Crush’s sensational vocals, has personified the emotions that the scenes have tried to convey.

The song is a sad melody performed over a piano arrangement, while the lyrics and the overall music sets the mood making the listeners feel moved. As far as the words of the song are concerned, they convey the feeling of wanting to come back to someone as one looks back to the beautiful time spend with their significant other.

If a Kdrama OST is sung by Punch, we already know it is going to be a bomb. ‘Say Yes’ is one of the tracks of ‘Moon Lovers: Scarlet Heart Ryeo’ made as a result of the collaboration between Loco and Punch. The song is like a love letter to someone, as it expresses the true emotions of the heart who is confessing his romantic feelings. The track begins to play every time the female lead, Hae Soo, played by Lee Ji-eun, is present in a scene with one of her love interests, Wang So and Wang Wook, played by Lee Joon-gi and Kang Ha-neul, respectively. The soulful singing of the chorus by Punch and Loco’s sharp rapping skills definitely make the song enjoyable.

Artist: Davichi
Drama: Descendants of the Sun (2016)
Views as of writing: 153 million

Hands down to one of the most wholesome second lead couple of the Kdrama world— Seo Dae-young and Yoon Myung-Ju, played by Jin Goo and Kim Ji-won, respectively, and this song is a tribute to their tough relationship. The song is played in the drama as the background music whenever there is an emotional scene between these two people. Sung by the talented female duo Davichi, the song features a 20-member orchestra and beautiful piano melody that goes perfectly well with this evocative ballad. 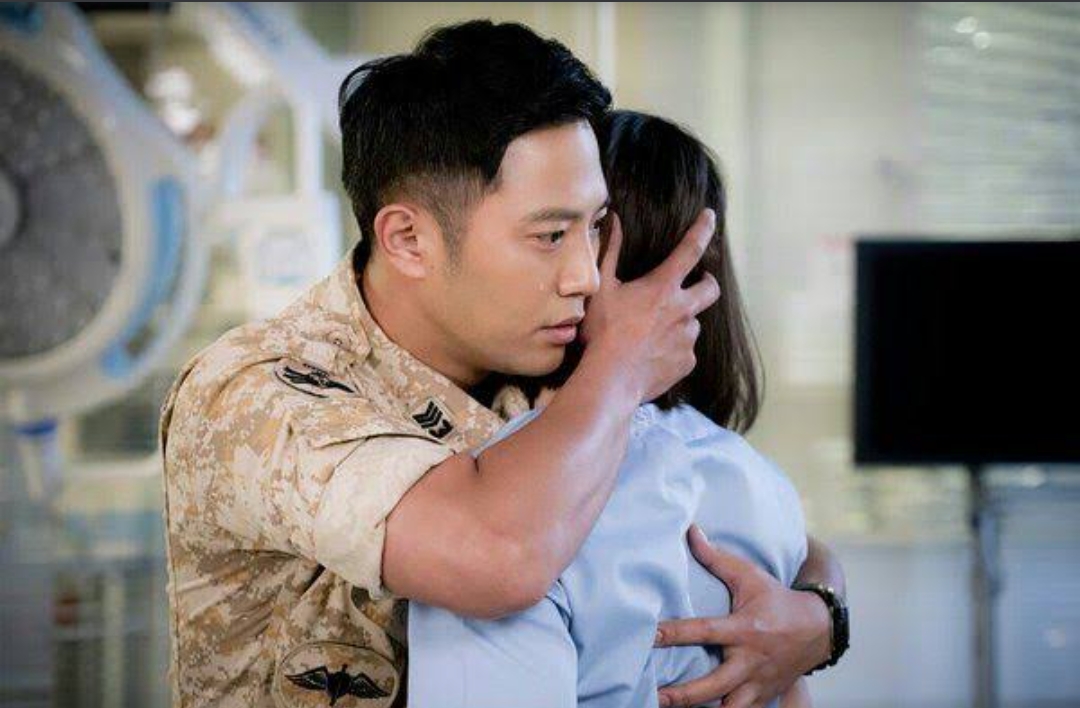 The soothing voices of the duo have effectively amplified the longing for a lover along with the affectionate emotions of the lyrics that are calming and powerful at the same time. The song was even nominated for the Best OST award back in 2016 in the 18th Mnet Asian Music Awards. The back-and-forth conversational duet of Davichi serves as a stand-in for the unsaid words by the lovers, while the music video features some of the most emotional scenes of the series.

Here comes the second most-watched Korean Drama OST of all time— ‘Everytime’ by Chen and Punch. Do you know what comes out when the King of OSTs (EXO) collaborates with the Queen of OSTs (Punch)? A pure masterpiece! The song counters the sentimental vibes given by ‘Always’ with the mid-tempo pop melody. To begin with, Chen’s voice can literally provide both dimension and direction to a song, carrying you to an altogether different universe.

Additionally, Punch’s harmonies blend so well with his voice that it creates a stage for some of the earliest moments of the series depicting the springtime romance evolving between the lead pair. Along with the semi-upbeat sound, what aided in creating an overall romantic vibe is the orchestra band which has gone really well with the theme of the song. With the impressive lyrics and catchy vocals, ‘Everytime’ puts forward the honest confessions of someone deeply in love.

Now comes the turn of the most-watched and the most popular Kdrama OST of all time— ‘Stay With Me’ by one of the main vocalists of EXO, Chanyeol, and the talented soloist, Punch! Even the people who have never watched a single Kdrama have heard the track at least once in their lives. Not to mention how this song has withstood the test of time and has maintained its record for the most-watched OST mv on YouTube. The opening song of the album, ‘Stay With Me,’ gives off a mysterious vibe and is played as the background song in the drama whenever the male protagonist, Goblin, is being shown. Chanyeol’s low-ranged rap in his deep voice totally complements Punch’s relaxing dulcet singing, which adds some chills to the listeners, also reflecting some lonely feeling. 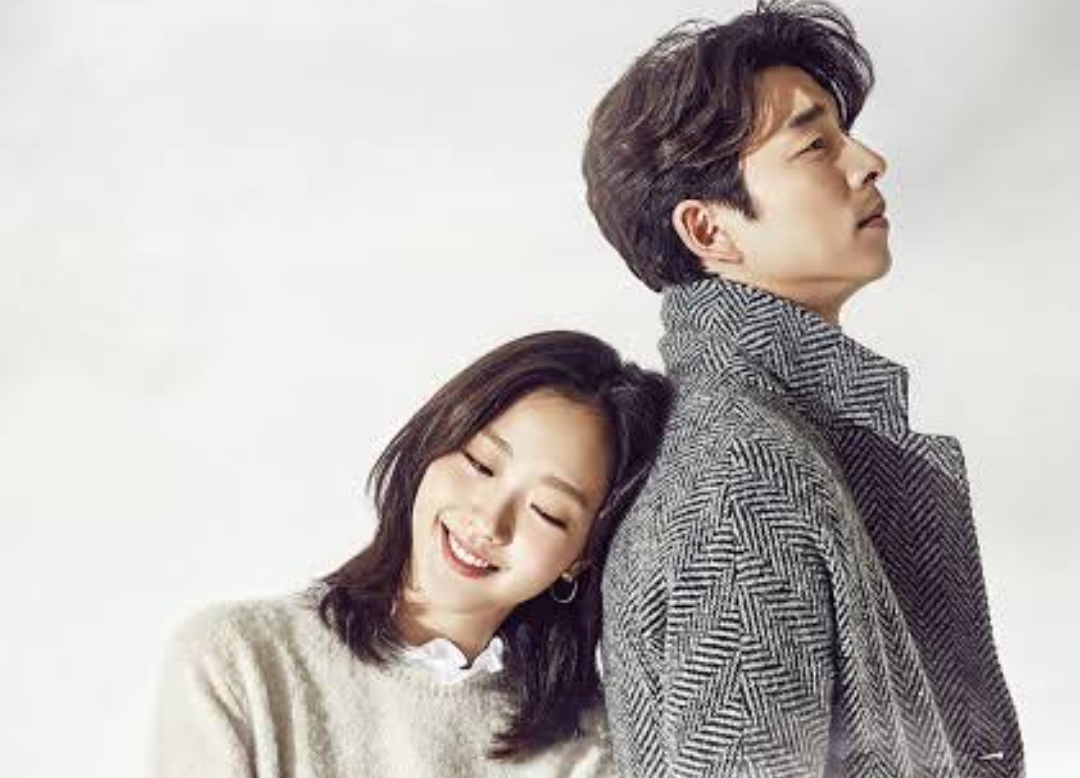 Goblin: Stay With Me

The song is very appealing to the ears with a calmly added piano melody over the dreamy electric guitar sound, giving off the fantasy and dreamlike feeling. Moreover, the introductory music of the song is very catchy. With the ongoing myth that 2016’s Kdrama OSTs are one of the bests, we wouldn’t mind if it started to circulate because of this album, and most particularly this song.

So have you listened to all of these songs? Although it might seem like the list has been dominated by the OSTs from only a few of the most popular Kdramas, we didn’t have much say in it since it has entirely been made according to the views from YouTube. Let us know in the comments if there should have been other tracks that are great but just underrated.