The Boys Second Spin-off Named Gen V: Everything We Know So Far

The Boys Second Spin-off Named Gen V: Everything We Know So Far

Initially, the spin-off series was titled “The Boys College,” but now it has been changed to “Gen V.” You like the new name better. Right? So, do we. The upcoming series will be all about the college of The Boys. Well, we are sure gen Z gonna love it. The Boys’ second spin-off named Gen V will be starring Lizzie Broadway, Chance Perdomo, London Thor, Asa Germann, Derek Luh, Maddie Philips, and Jaz Jaz Sinclair. In one of the interviews, Broadway stated that the series would be a rollercoaster. Further, she said that it would be filled with blood and gut.

The show will be set in an American college that is only for superheroes and is run by Vought International. You will get to see the lives of competitive Supes. This time, Supes will test their moral, physical, and sexual boundaries. The show is not released yet, and the critics have started comparing it with the classic series, “Hunger Games.” Let’s explore The Boys second spin-off named Gen V and look at if it is gonna exceed our expectations or not.

This new season will feature college-going superheroes. They all are students of Godolkin University, which is a school of Crimefighting. The fans are super excited about the spin-off. The Boys second spin-off, named Gen V, will be the new take on the story of Boys. The story of “The Boys” will revolve around a group of vigilantes who are fighting with superheroes.

Nevertheless, these heroes are not heroic as they are believed to be. The plans for the spin-off were originally announced in September 2021. But, the creators did not provide details at that time. The creators cast the actors in March 2021, and the filming started in May. We are sure, just like us, you cannot wait to watch The Boys second spin-off named Gen V. 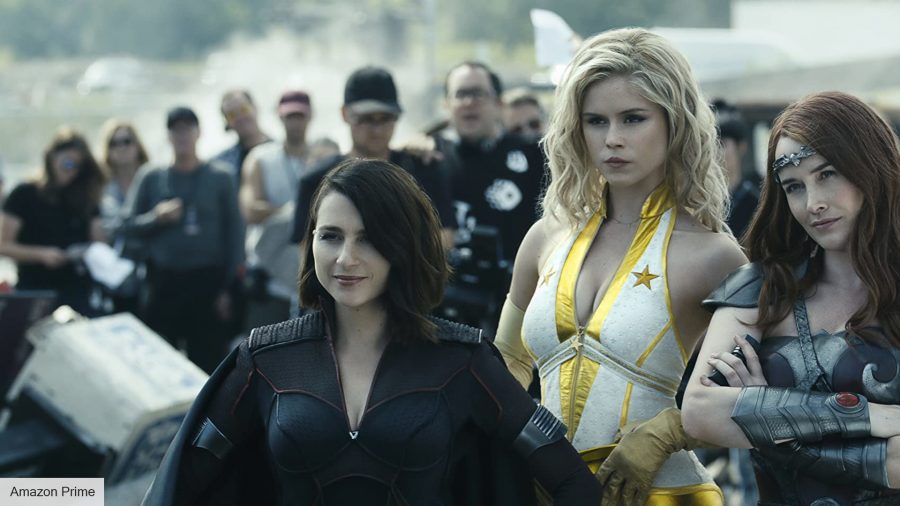 The Boys is the original series of the streaming platform Amazon Prime Video. Hence, just like all the installations of the series, Gen V will be telecasted on the platform. In one of the interviews, Vendor Sanders, who is an Amazon Studios co-head of television, stated that the show will be released in 2023. However, he did not disclose the exact date of the release. Along with the main cast, we will get to see some recurring characters such as Golden Boy (played by Patrick Schwarzenegger), Polarity (played by Sean Patrick Thomas), and Doctor Edison Cardosa (played by Marco Pigossi).

It is revealed that the series, Gen V, is based on the series’ Supe serum. The series is going to be R-rated and rock your world. Since it is college-themed, the show will be about college frenemies and romances. We are sure that their personal lives will hinder the battle against so-called superheroes and the evil organization, Vought International. Michele Fazekas and Tara Butters will be the showrunners for the show.