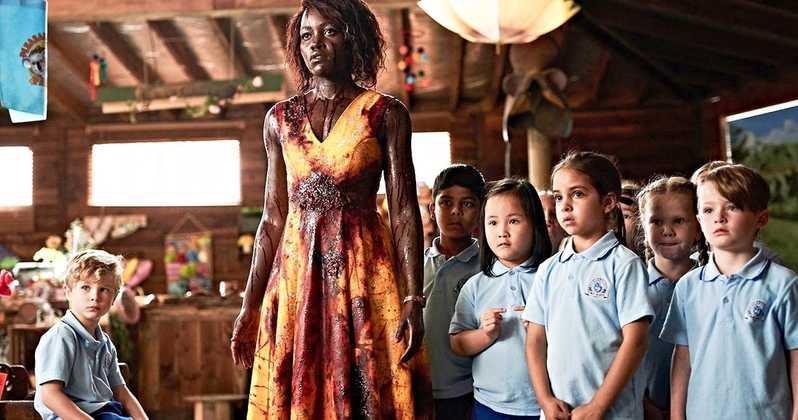 Altitude Films have released the first trailer for Little Monsters red band movie. The movie which is directed by Abe Forsythe has already had a January premiere at the Sundance Film Festival.

The comedy-horror film Little Monsters stars actress Lupita Nyong’o as the headliner, Miss Caroline, a teacher who takes her students on a picnic to Pleasant Valley. Alexander England plays Dave, paired opposite Nyong’o. Next, you know Lupita is in the middle of a zombie apocalypse with a bunch of kids!

You can see Miss Caroline in a beautiful bright yellow dress and Teddy McGiggle in a spotted green suit. What caught my attention is the bright yellow dress of Miss Caroline with blood and dirt on it. Abe Forsythe not only has directed the movie but has also written the screenplay for the same. Abe is an Australian filmmaker who helmed 2016’s Down Under. On Rotten Tomatoes, based upon SDFF, Little MonsterS holds a 93% Tomatometer score.

It is Miss Caroline who first sees the Zombie eating out the wildlife, although she tries to maintain calm and let the crew have a fun tia me, we both know that that won’t last long. Nyong’o’s Miss Caroline tries to keep as much calm because she has children with her. And as for Teddy McGiggle, he’s no good. It is solely upon Miss Caroline to keep the children happy and distracted from the threat.

Little Monsters will be distributed by Neon and Hulu.