Cast of Hotel Del Luna and Where are They Now

by Aanchal Shaw
in Top Lists
0

It has already been two years since one of the most popular K-drama of all time, ‘Hotel Del Luna’ starring IU and Yeo Jin Goo aired and people are still hoping to get a second season after the show makers teased us with Kim Soo Hyun’s appearance at the end. The show is one of a kind that covers all of the important elements including mystery, thrill, fantasy, romance and comedy in just the right amount. The show is about an immortal soul named Jang Man Wol who has been stuck on Earth, while running a hotel. She has been holding on to a lot of hatred and resentment from her past that has made her unable to move beyond life. However, when she hires a new hotel manager, Goo Chan Seung, she begins to feel emotions other than anger and hatred and learns to let go of the past.

You must be wondering what the cast of the series are doing now— What are their upcoming projects and if something interesting has happened in their private lives. Don’t worry! We are here to guide you.

South Korea’s ‘Little Sister,’ IU aka Lee Ji-eun has been focusing on her music career ever since she played the role of the 1000 years old Jang Man Wol in ‘Hotel Del Luna’. A couple of months after the show concluded, IU released her extended play titled, ‘Love Poem’ and even executed her second Asian tour, titled the same as the EP. She treated her fans with the number, ‘Give You My Heart’ for the superhit show ‘Crash Landing on You’ which topped several music charts. It was almost after nine long years when IU became a part of a soundtrack album. Moreover, she released a new studio album this year in March titled, ‘Lilac’ which again received a lot of praise. As for the future, IU is going to make her comeback with a digital single titled, ‘Strawberry Moon’.

However, it seems like we are going to see her on-screen very soon in her debut feature film, ‘Dream’ alongside our favourite Park Seo Joon! The movie is about a tale of a group of people taking part in the Homeless World Cup, where she plays the character of a producing director, Lee So Min.

Didn’t the name remind you of Man Wol yelling at the poor boy? As much as we felt bad for Goo Chan Sung towards the end of ‘Hotel Del Luna,’ we must be glad that in real life, Yeo Jin Goo is getting all that he deserves. After making a cameo appearance in the 2020’s show, ‘Start Up’ as Jang Young Shil, the 24-year old actor starred as one of the main leads in the psychological thriller, ‘Beyond Evil‘ alongside Shin Ha-kyun. Well, the two have worked before as co-actors in the 2006 movie, ‘No Mercy for the Rude’ where he played the young Shin.

He had also been chosen as an MC for ‘Girls Planet 999’ airing in August this year. You can expect to see him on-screen again in the mystery-thriller drama, ‘You Are a Killer’ as Eun Gye Hoon, with Moon Ga Young.

Well, after giving us a praiseworthy performance in Hotel Del Luna as Go Chung Myung, playing the role of Man Wol’s first love a millennium back, Lee Do Hyun has never been so busier. Not only has he impressed his fans by delivering exceptional projects, but Lee Do Hyun has also been amassing a huge fanbase both inside and outside Korea. He made a guest appearance in a family comedy, ‘The Great Show’ in the same year and went on to play the role of Hong Dae Young aka Go Woo Young in ’18 Again,’ the Korean adaptation of the American film titled ’17 Again’. He was even cast in a Netflix Original titled ‘Sweet Home‘ with Song Kang, playing the character of Lee Eun Hyuk.

This year, he appeared in the psychological mystery, ‘Beyond Evil’ as a guest member and in the romantic melodrama, ‘Youth of May’ with Go Min Si, in the lead role, both of which have received high ratings from the viewers as well as the critics. His latest romance school drama, ‘Melancholia’ is all set to premiere this November and the viewers are extremely excited to see him play another high school student.

Pyo Ji-hoon or better known by his stage name, P.O, who had played the role of Ji Hyun Joong in ‘Hotel Del Luna’ is a member of the South Korean boy group ‘Block B’. He has been seen as one of the many leads in the 2020 rom-com, ‘More Than Friends’ portraying the character of Jin Sang Hyuk and in a support role in the popular psychological thriller, ‘Mouse’ as detective Shin Sang.

Other than that, he has been a part of two Company Boy theatrical production, one of which is a live adaptation of the 2005 movie, ‘Boy Goes to Heaven’ and the other being the play titled, ‘Almost, Maine’. He has made appearances on several variety shows including ‘Spring Camp,’ ‘The Great Escape: Season 4’ and ‘Take Off Your Shoes’ this year. 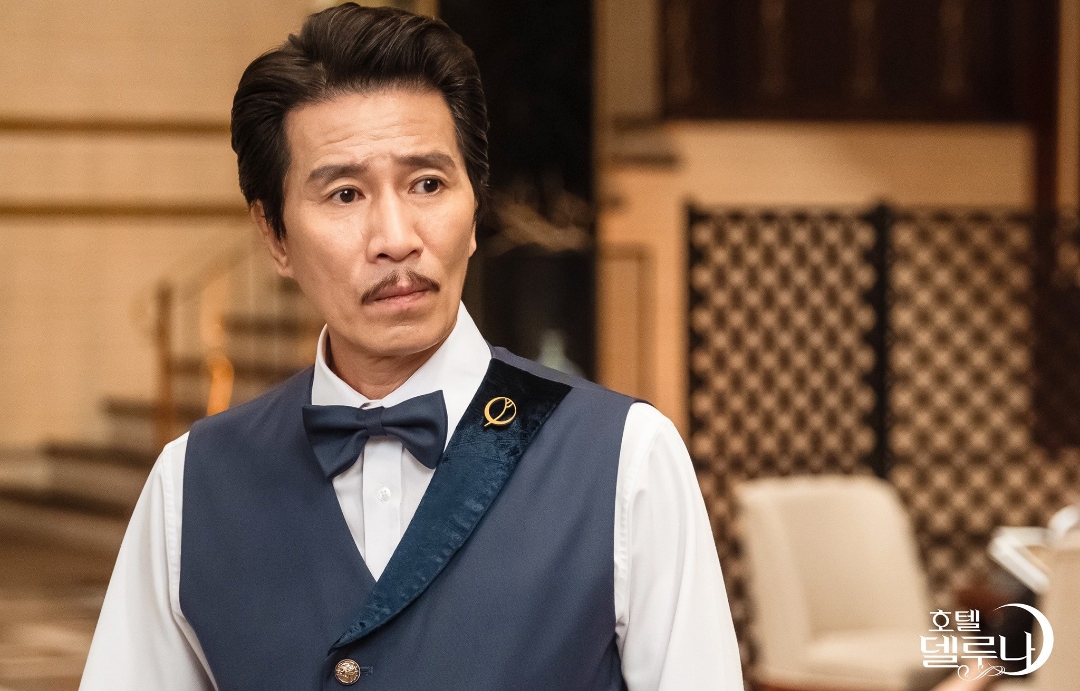 Shin Jung Keun played one of the important characters in the show as bartender Kim Sun Bi. He has recently been seen on a sports K-Drama, ‘Racket Boys’ as a head coach, which revolves around a middle school boys’ badminton team and their growth, both as players and an individual person. His upcoming project, ‘Birth’ as a supporting character will hit the screens in 2022, which involves the life and death of St. Kim Dae Geon, Korea’s first priest. 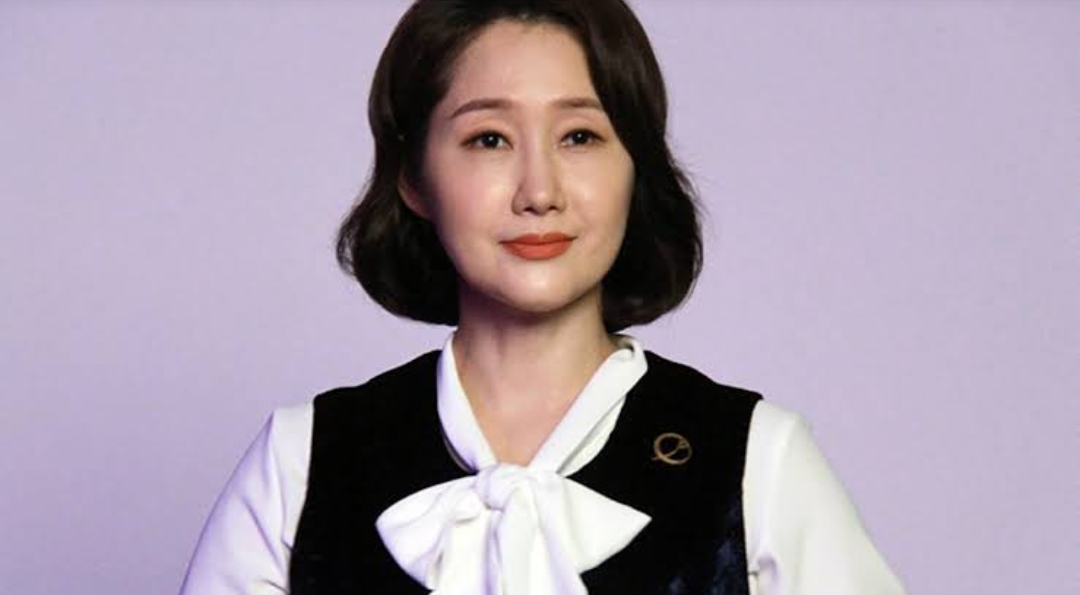 The veteran actress, Bae Hae Seon, who has played the role of room’s manager in Hotel Del Luna, has starred in numerous TV series after that, either making guest appearances or in support roles. She appeared in series like ‘V.I.P,’ ‘It’s Okay to Not Be Okay,’ ‘Start-Up,’ ‘The Penthouse 3: War in Life’ as a guest and played supporting characters in shows including ‘Into the Ring,’ as Won So Jung, ‘The Great Shaman Ga Doo Shim’ as Hyo Shim and ‘Hi Bye, Mama!’ as Sung Mi Ja.

Last time we checked, she has also made a guest appearance in the current fan-favourite, ‘Hometown Cha-Cha-Cha’. In case you are curious about her future projects, you will be seeing her in Park Hyung Shik and Han Hyo Joo’s ‘Happiness,’ a sitcom titled, ‘Going to the Blue House Like This’ as Cha Jeong Won and the horror Sci-fi, ‘All of Us Are Dead’ in a support role.

Last month, a crispy news about Cho Hyun-Chul, Goo Chan Seong’s best friend from Hotel Del Luna, was released which claimed him to be the younger brother of popular rapper Mad Clown. Cho Hyun-Chul works both as an actor and a director and was last seen in the action-military drama, ‘D.P’ with Jung Hae In and Koo Kyo Hwan as the leads. The show has been showered with love from people across the globe and Cho Hyun-Chul’s performance has been appreciated as well. He will be playing a supporting character in the series ‘Inspector Koo’ as investigator Oh Kyung Soo.

Although Kang Mi Na’s character as the high school student Kim Yoo Na was pretty annoying in the beginning, she somehow ended up becoming an important supporting character in ‘Hotel Del Luna’. She has played the lead girl in the musical romantic drama, ‘Summer Guys’ with Lee Jung Shin and a guest role in ‘My Roommate Is a Gumiho’. Kang Mi Na is supposed to play the character of Han Ae Jin in the historical rom-com, ‘When Flowers Bloom, I Think of the Moon’ with Yoo Seung Ho and Lee Hye Ri.

Mi Na is also a member of the girl band, ‘Gugudan but hasn’t made a comeback after 2018. She seems to be focusing more on the acting career for the time being.

CNBLUE To Make A Comeback in October With Mini-Album ‘Wanted’

Success doesn't happen overnight— and actress Kim Ji Won is a practical example of it. After starring in multiple Korean...

Actress Kim Go Eun is one of the most popular leading ladies of the Korean entertainment industry who has delivered...

If there's one Korean drama that should hold the crown for 'The King of Cuteness,' it definitely should be the...

Top Seven Movies of Tina Tamashiro that You Need to Watch

One of the fastest rising actresses of Japan, Tina Tamashiro has recently been cast in the live-action adaptation of 'Way...

Top 17 K-pop idols whose Birthday is in November!