Dragon Ball Heroes continues with its bizarre story, but right now, it’s the only dragon ball content that we have, so we’ll just take what we can get right now. Right now, the show is in its Universe Conflict arc, and we’re close to its end. In fact, the next episode is likely going to be the end of this arc. 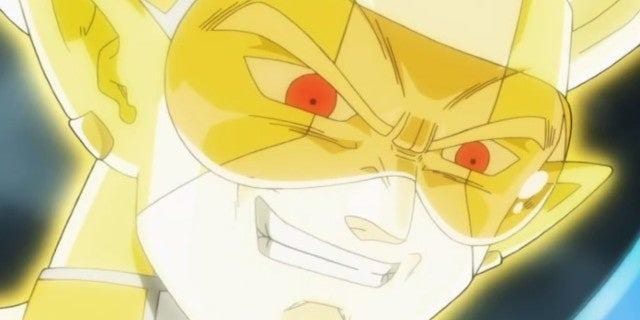 Whether Dragon Ball Heroes will end after this arc, or if it’ll continue, which we believe it will, is something that we don’t know right now. Either way, the next episode is going to be fun to watch, and hopefully, It’ll be a good one as well. Let’s talk about Dragon Ball Heroes Episode 17 now, shall we?

Before we begin, please note that this post may contain official spoilers from the upcoming episode of the anime. If being spoiled is not for you, I suggest that you stop reading the post here. However, if spoilers don’t bother you, we can get started. Also, note that we did not create the spoilers or leak them. They’re available all over the internet.

Dragon Ball Heroes Episode 17 is titled “Ultimate God Killer! The Birth of Hearts!,” and here’s the synopsis for the episode:

“Hearts has finally evolved into his ultimate form. As Jiren and Hit come to the rescue, Goku and co. start an all-out battle! The final battle that decides the fate of the universe begins!”

The promotional anime is getting flashier with each villain, and hopefully, Hearts won’t be a disappointment, much like the other villains in the series.

Are you excited for Super Dragon Ball Heroes Episode 17? The next episode is scheduled to come out on October 27, 2019, and you can stream it online.

One Piece Manga Chapter 959 – When Will It Release, Where To Read Online, And Updates