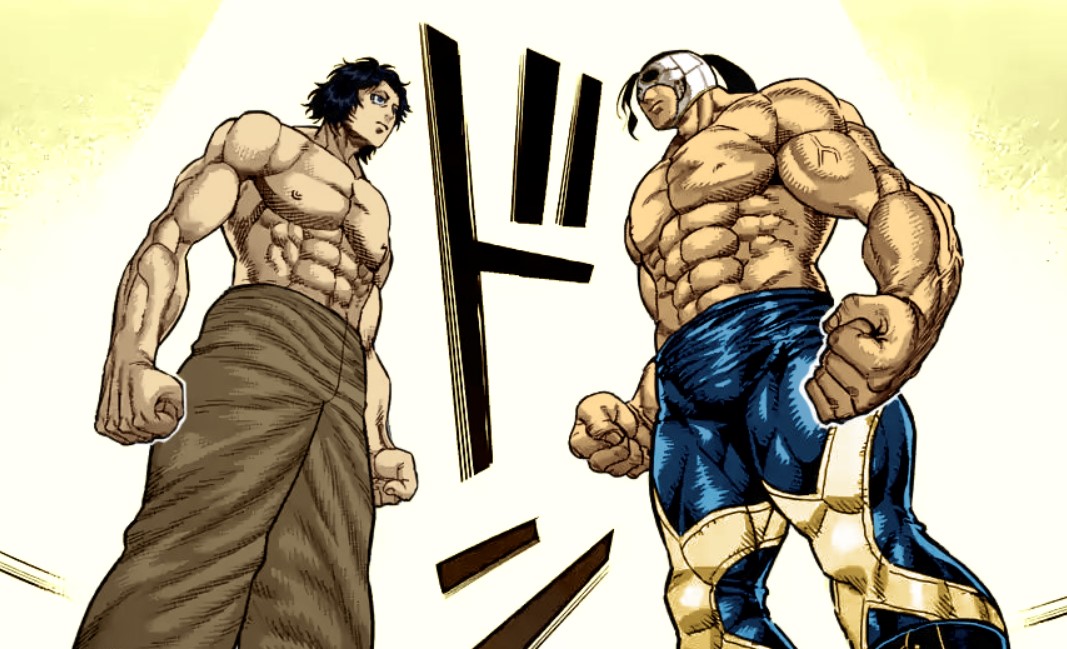 The battle still continues while Naidan is still holding Ryuki in the air with his neck saying that he must overcome him, OMEGA the last child. Ryuki is wondering what Naidan is trying to say when he said OMEGA. Ryuki manages to push Naidan away and break out from the rear neck choke. Ryuki’s tank is out of gas and he is on his knees saying that he has never seen a strong worm like this.  Cosmo asks if those two have just ignored that refs call or are they just try to act funny.

Adam said he doesn’t care all he wants to see is them kicking each other’s butt. Mokichi yells at Ryuki to relax and attack Naidan with a level head. Lui said that only idiots fight to the death and they don’t kill in Pugartory they are business. Fei said that he is referring to him and Nicolas since they are going to win. Lui shouts at Naidan to forfeit the match and they will make it up for it.

Kengan Omega Chapter 87 will be released on Thursday, 26 November 2020. This Manga releases a new chapter every Thursday unless it changes its weekly schedule.  Allow me to take you to the updates of Kengan Omega down below. 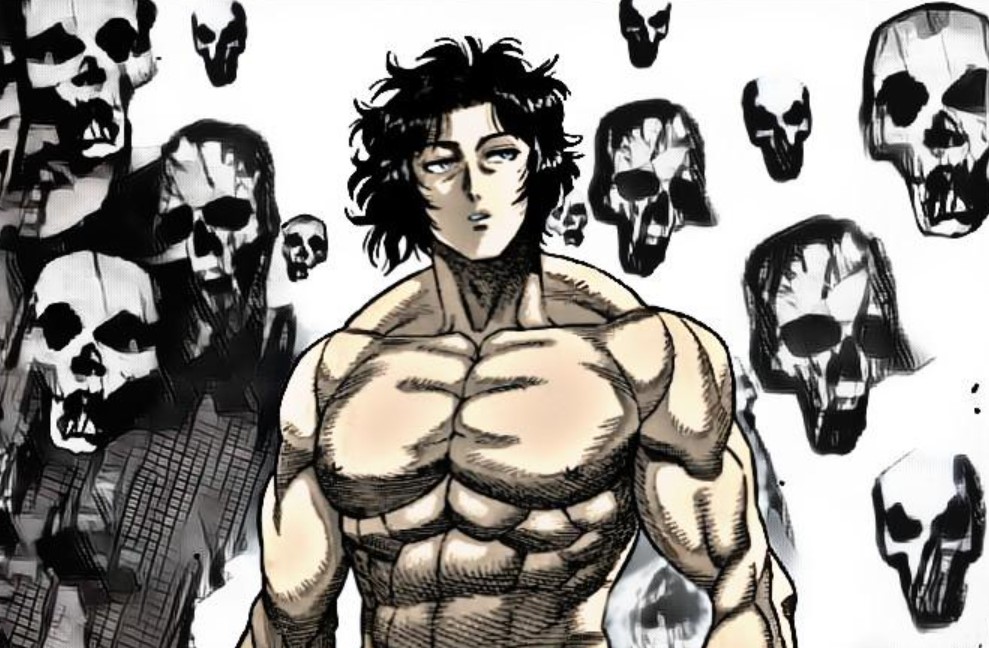 Lui then asks again if Naida is listening to him or he will get permanently injured. Naidan just gave Lui a glance Lolong tells Lui to stay out of it since it is Nadan’s fight. The commentators announce that they are entering the last stage of the fight and who will win. Between the Dragon and the Hawk since both fighters are beaten and bruised. Nadai charges as if he is going for a knockout out and he then grabs Ryuki and dislocate his shoulder. Ryuki is now fighting using one hand and Nadain started landing powerful kicks.

He is aiming to destroy the shoulder with his question mark kicks. Ryuki falls on his back and Naidan jumps on top of him going for a killer move. He told Ryuki that he won’t let him go while trying to choke him to death. Naidan keeps on strangling Ryuki telling him that he is worthless as the OMEGA since he can defeat him. While Ryuki is trying to survive he remembers his grandpa’s promise that he will kill all the worms. Gaoh Mukaku taught Ryuki the technique to kill and Ryuki said it is his fault. Ryuki is about to unleash that technique as the battle continues.