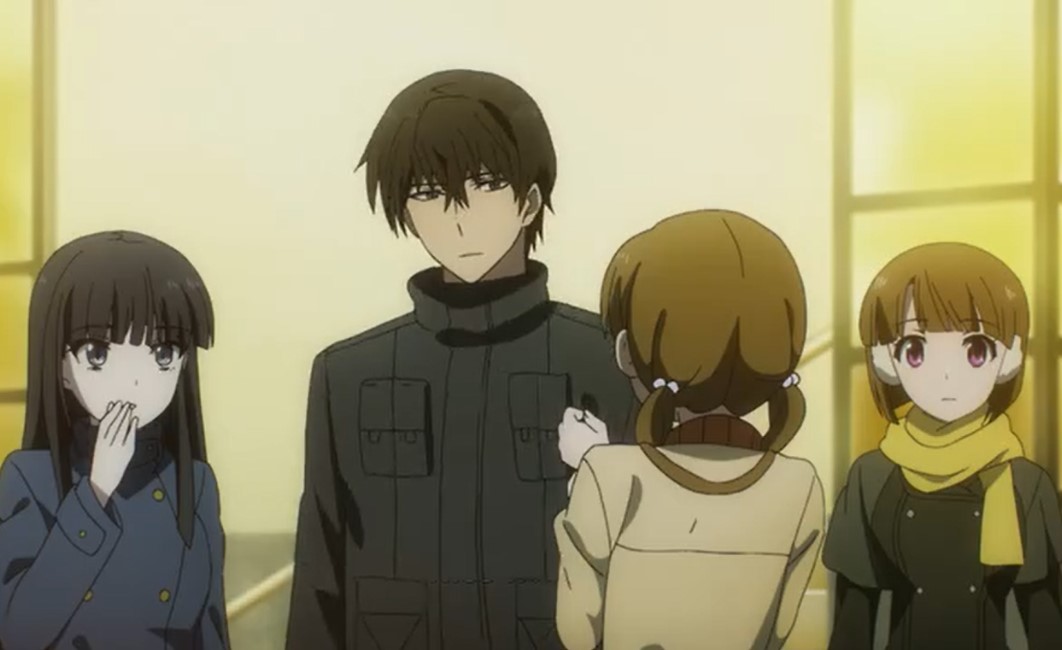 It has been reported that early this morning the JMDF secured a small USN Navy-affiliated vessel in Japan’s offshore territory because of engine trouble. High ranking military attache at the USNA’s Tokyo embassy was aboard the ship. The JMDF is currently verifying all the facts with the USNA military. Miyuki comment that it doesn’t seem as if it ran afoul of any poor weather. Tatsuya thinks that the issue was with their power source.

He also said that simple human error wouldn’t have caused them to lose their steering. He thinks that it is a country’s regular army while Miyuki takes the plates to the kitchen. Miyuki came back and told Tatsuya that she is going to change into her uniform. In her room, Miyuki realizes that her aunt has already called her about that news. She is worried that she pretended to be ignorant of the situation and she doesn’t care if Tatsuya thinks of her as a useless sister. 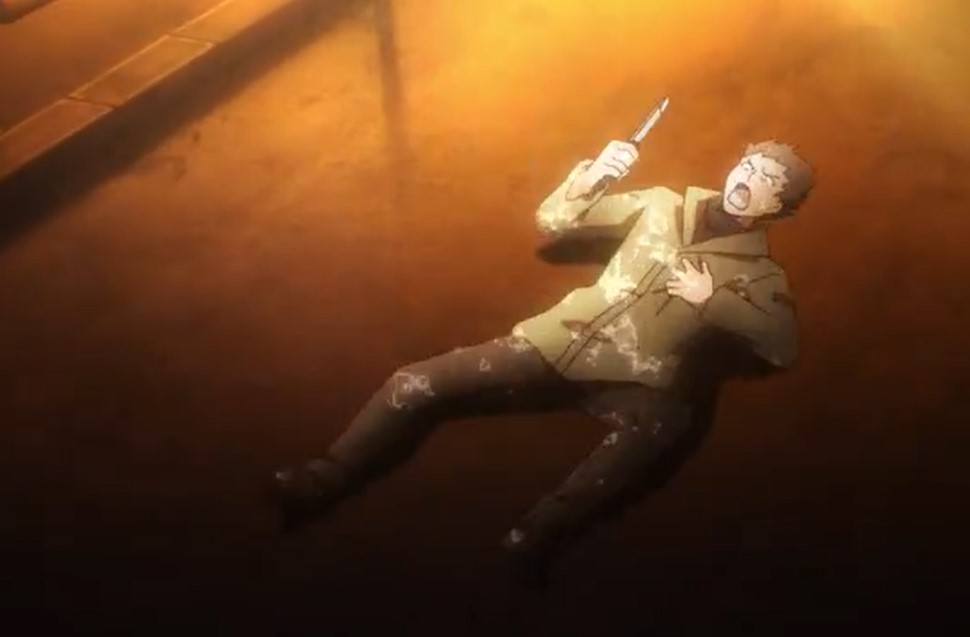 Miyuki is glad that he will always stay at his side even if she can’t do her job independently as leader of the Yotsuba. She is also worried that one dar her brother might leave her and she has to get married soon. They will expect her to have children and it is the requirement of a candidate for the next leader of the Yotsuba. Miyuki said that she doesn’t want anyone to touch her except for his brother and she belongs to him. Later Yotsuya visited Pixie again.

He told her to cancel suspend mode and she asks him what does he want and Tatsuya said that he wants to know about the Vampire incidents. Tatsuya asks if there were the parasites responsible for the victim’s blood loss. Pixie said yes and he asks why the blood was needed from a living person. Pixie reveals that blood loss was not their intent. It was a side effect of mistaken propagation. Their propagation process starts by cutting off part of their selves and sending it into the recipient.

The separate body spreads through blood vessels while absorbing Psion and Pushions. Pixies explained everything in detail that Tatsuya needs to know. In the middle of the night, Tatsuya met with human robots that wanted to take Pixie and use her for their benefit. Pixie told Tatsuya that she is not going anywhere she wants to stay with him and other magicians. Tatsuya uses his power and destroys all the robots.