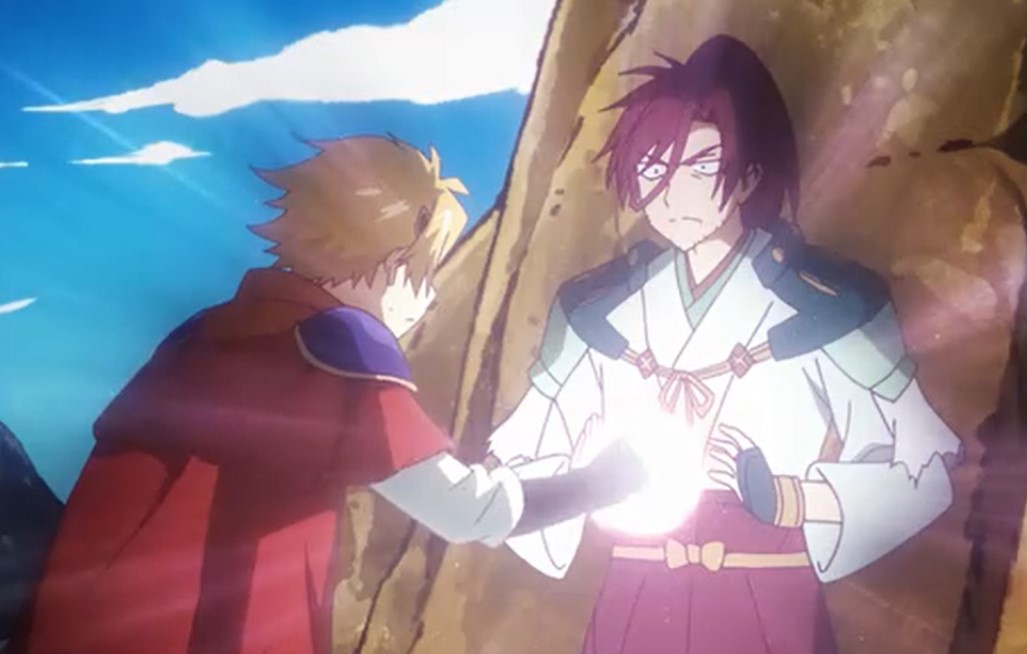 The Hero’s party presses on to save their princes, finally finding their way again. They were slowly but surely making their way to the Demon Castle. Dawner told his crew that they are making good progress after getting back to the right path. Dawner notices something and he asks Kisho what is happening. Kisho replies that he is trying out a spell. While he is doing it he saw the princess’ gem emitting a greater amount of peaceful aura than expected.

He reveals that they may be able to create a wormhole to the Demo Castle. Meanwhile, at the Demon Castle Scissors Sorcerer is watching the princess sleeping. The wormhole appears but it is small and Danwer puts his hands touching the princess who is sleeping. The spell becomes unstable and the wormhole disappears. Scissors Sorcerer decided to report what he has just seen. At the ancient volcano mountain, Kishino and Dawner notice that they are still far from the Demon Castle that is why the spell didn’t work.

Sleepy Princess in the Demon Castle Episode 9 will be released on Tuesday, 1 December 2020, at 2:00 AM JST. This Anime releases its new episode every Tuesday. Watch the latest episode of this Anime on AnimeLab. Let’s take a look at the following updates below. 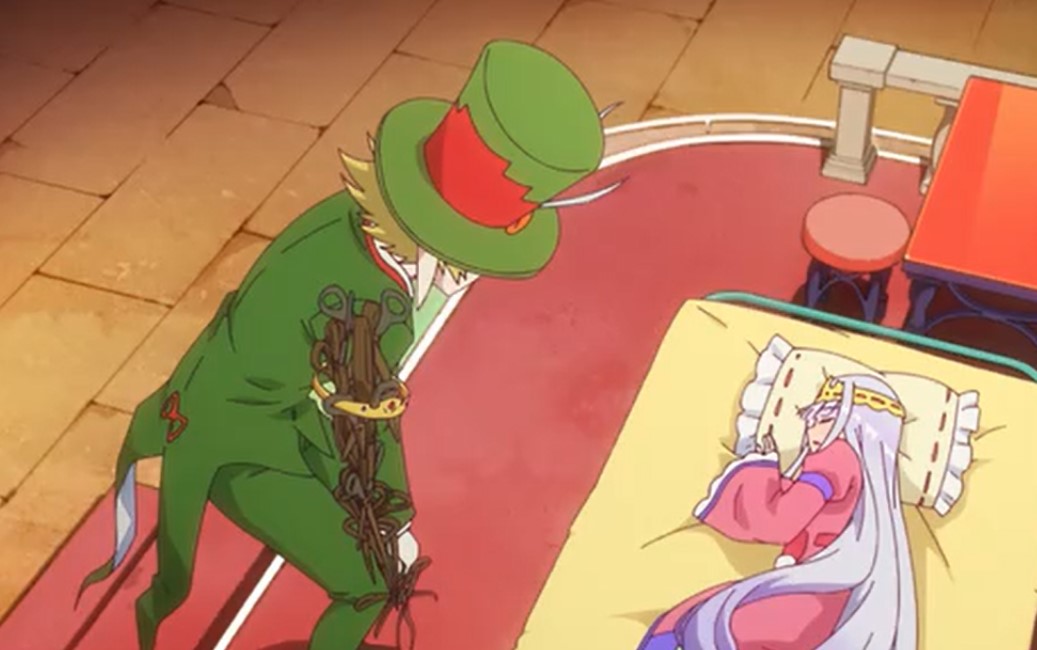 Previously on Sleepy Princess in the Demon Castle Episode 8

Dawner said that they will use the spell when they get closer to get into the castle. Kishino reveals that to get that close they have to defeat the top ten demons. Dawner swears in front of his crew that he will save the princess at any cost. It has been the eight-night after the princess has been kidnaped, the Demon King is doing everything not to get separated from the princess. The Demon King has summons the top high ranked powerful Demons.

He reveals that Dawner the Hero has reached the ancient volcano and he is going to defeat the top ten demons. The Demon King said that he is sending Fire Venom Dragon with his party to take down Dawner. The princess shows up and she tells them about the nightmare she just had. Poseidon tells the princes that they are about to leave to fight with the Hero and the princess said she will feel better when they listen to her. The Demon King told her to make her story short.

The princess said that her dream was about a childhood memory where her childhood friend was in it. One day the boy she calls ”D” was chasing her carrying flowers. The boy trips and he stabbed her with rose thorns and there was a bee in the flower bouquet. The boy panicked and he gobbled the bee up trying to protect the princess from being stung. Poseidon is worried about how can the princess only remember the ”D” letter of the boy’s name.

The Demo King thought that the princess is just making up the story and he said they can start Fire Venom Dragon’s send-off party. The princess continues telling her dream that the boy dragged her to a picnic and they got separated from the attendants. The boy has no sense of direction and they keep on getting lost because he always acts like a hero. The race to the mountain and ”D” was the fast runner they end up getting separated. The princess went home thinking that ”D” is dead.

After a year and a half ”D”returned back with torn clothes and Poseidon said he feels sorry for ”D.” Demon Cleric said that even now ”D” is still doing idiotic stuff as they speak. The princess reveals that the worst part of her nightmare is when her father told her that ”D” is her fiance. The princess left everyone shocked by the question that it was reality or a dream.

Meanwhile, the party that was sent to take down Dawner and his crew got defeated. The party went with a bag full of explosions thinking that it is for lunch and they explode with it. After the victory, Danwer and the crew are advancing forward. The demons are not aware that the ”D” boy is Dawner the hero.

With those latest updates about the upcoming episode of this Anime, we end it here today. Next week Tuesday we hit again with another latest update.